Hear from AFC's boldest voices for change as they describe their fight in 2016:

We are AIDS advocates. We FIGHT BACK. We fight for women to be treated with respect. We fight for Black lives, trans lives, Latinx lives, and Black gay men’s lives. We fight to support immigrants. We fight for the National AIDS Strategy. We fight for the Affordable Care Act. The AIDS Foundation of Chicago is committed like never before for fighting for equity and justice for people living with and vulnerable to HIV and related chronic diseases.

For one day (AFC's Advocacy Day in May 2016), I was advocating for the people in my community who don’t have a voice, and I encourage everyone to do the same. Advocacy Day was powerful, and you can still e-mail, call or tweet your legislator and express your views. One of my fellow advocates said, "When we speak up for an issue, we have the power because we voted in our elected officials."

As the co-chair of AIDS United’s non-partisan Public Policy, Elections Sub-Committee, and working in partnership with a coalition of nearly 70 organizations, I traveled across the country to meet with the presidential candidates to influence inclusion of HIV/AIDS policy language within each party’s platform and campaign policy planks. You can read more about the challenges and triumphs of one of those meetings here. Plus, as a result for the first time in DNC history, HIV/AIDS was intentionally included in the Democratic National Committee (DNC) platform, which delegates voted on approved in July 2016.

This year, 73 people working towards health equity and justice shared their stories with AFC and our supporters. The people who share their stories are often the most silenced and ignored by the institutions and individuals supposedly working on their behalf. By using our resources to bring those important stories to a wider audience, we’re moving the people who matter most to us from the margins to the center so they can be the bold voices for change.

In 2016, AFC drafted and pushed the Illinois General Assembly to pass the first in the nation bill mandating that the state’s Medicaid program cover Pre-Exposure Prophylaxis (PrEP) and its corresponding program. This bill was signed by Governor Bruce Rauner and now ensures that those in the Medicaid program can access this ground-breaking preventive treatment. 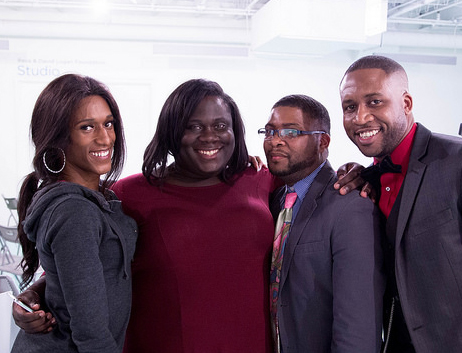 Pride Action Tank (PAT) is all about collaborative efforts that improve outcomes for LGBTQ people. In 2016, PAT boldly led successful efforts to make the Chicago Human Rights Ordinance more inclusive of transgender and gender-nonconforming individuals. PAT also began a campaign to expand the menu of affordable housing options through the Tiny Home Summit.

My team is working to increase PrEP awareness and uptake among HIV-vulnerable women through its provider training program, the Midwest HIV Prevention & Pregnancy Planning Initiative (MHPPPI). Through engaging and leveraging existing networks, MHPPPI facilitated exchanges of experiences, practices, and strategies for implementing PrEP in family planning and family medicine contexts and enabled synergies between state and national PrEP for women efforts.