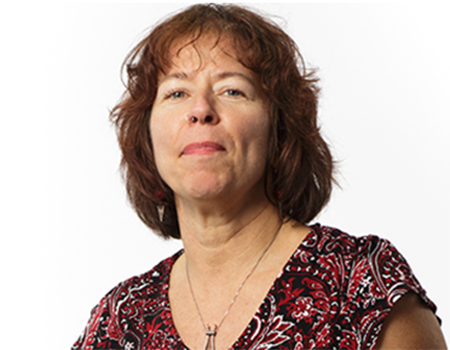 Laurie joined the AIDS Foundation of Chicago in April 2007 and was appointed Chief Financial Officer in July 2011.

In this capacity, she oversees in excess of $20 million in grants and contracts from public and private sources that fund the AIDS Foundation of Chicago’s care, housing, prevention and policy work. Laurie also contributes to the organizational and programmatic strategy for the agency.

Laurie has long been committed to fighting anti-gay stigmatism. Prior to her first job in the HIV/AIDS service sector in 1994, she participated in severaldemonstrations in Chicago with ACT UP, a national organization committed to using direct action and civil disobedience to fight AIDS.

For Laurie, the most memorable demonstration was when 1,500 AIDS activists from across the nation traveled to Chicago in April 1990, when the American Medical Association was holding its annual meeting. A key demand was that Cook County Hospital (now known as Stroger Hospital) open its AIDS ward to women. The ward began admitting women the very next day. Laurie recalls that it “was a very exhilarating experience, feeling that collectively we really could make a positive change and save lives."

At the AIDS Foundation of Chicago, Laurie feels that her work continues this tradition of making positive change for those impacted by AIDS.

Laurie received her undergraduate degree in Behavioral Psychology from Colorado College and, after a few years of travel, switched career paths and became a Certified Public Accountant in 1997.  Laurie is also an avid cyclist and bikes to work year-round.  She was born and raised in Nebraska, received her bachelor’s degree in Colorado, lived briefly in France, and has made Chicago her home for over 20 years.