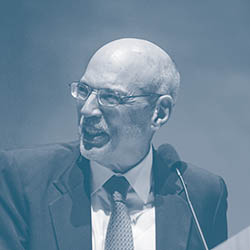 Fred Eychaner is a civil rights and peace activist whose work has affected Chicago and the nation for over 40 years. He is Chairman of Newsweb Corporation and President of the Alphawood Foundation. Fred is known for his philanthropy in Chicago, especially his support of LGBTQ organizations, HIV support organizations, arts institutions, public spaces, and historic preservation. Fred’s leadership and support have been fundamental to creating much of the LGBTQ infrastructure in Chicago. For 10 years during the height of the epidemic he served on the Board of Directors of the AIDS Foundation of Chicago, and he remains the largest donor in the organization’s history. Beyond his fierce support of AFC, Fred has been instrumental in the creation and ongoing viability of the most influential LGBTQ rights organizations in the state. He is a 2015 inductee of the Chicago Gay and Lesbian Hall of Fame. Fred was honored with the Lambda Legal National Liberty Award, the first time it was awarded in Chicago. Fred’s life-long dedication to preserving Chicago’s and America’s architectural heritage promotes a culture that embraces good and progressive design. He has led efforts to restore and protect Louis Sullivan’s masterpiece Auditorium Theater and Frank Lloyd Wright’s Unity Temple in Oak Park, Illinois. In 2010, President Barack Obama appointed Fred a General Trustee of the John F. Kennedy Center for the Performing Arts and reappointed him for an additional six-year term in 2016. 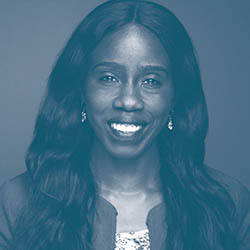 Dr. Oluwatoyin (Toyin) Falusi is a dedicated advocate for those living with HIV and serves as the Regional Medical Director at ViiV Healthcare. As a board-certified Infectious Disease physician and Professor of Medicine, Toyin draws on over 20 years of experience in providing primary and specialty care to adults living with HIV and/or viral hepatitis. In 2001, Toyin co-founded the CORE Hepatitis Clinic to improve patient outcomes. She also established the CORE Healthy Aging Initiative (CHAI) to address the psychosocial needs of adults aging with HIV. With over 50 publications in peer-reviewed journals, Toyin has contributed as a clinical researcher in the areas of HIV and aging, viral hepatitis, and health disparities. Actively involved in the Illinois “Getting to Zero” HIV plan (GTZ-IL), she is continuing to work with GTZ-IL toward a goal of achieving functional zero by 2030. 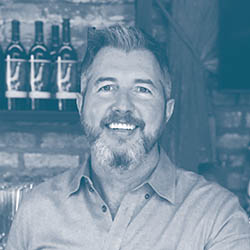 Martin Cournane began his relationship with AFC after a positive HIV diagnosis at 23. Through the AIDS Drug Assistance Program, Martin was able to receive treatment and medication, helping him to be healthy and thrive. 2 years later he met long-time Board Member, Lori Kaufman, by attending events for the Chicagoland HIV community. In 2007, Martin opened Wilde Bar & Restaurant in Lakeview with the pursuit of creating community and giving back. He joined the AFC Board of Directors in 2008 and has supported AFC’s programs and events by providing meeting and event space, food donations, gift certificates and sponsoring events. Martin’s generous donations and volunteer efforts have helped AFC cut costs by over $50,000. Martin’s restaurant group has since expanded to four locations, which also support other LGBTQ+/HIV agencies like TPAN, Howard Brown Health and Chicago House. He most recently opened The Bird Cage, Chicago’s newest queer bar which promotes inclusion and sex positivity.

Walgreens has partnered with AFC for over 30 years, supporting prevention initiatives, providing financial and educational support, and as a proud corporate supporter of World of Chocolate, AFC’s annual World AIDS Day event. Walgreens’ partnership with AFC extends even further with the leadership its employees have provided as AFC Board and Associate Board members throughout AFC’s history. Walgreens continued focus on HIV begins in the pharmacy, where specially trained pharmacists provide stigma-free expertise to address clinical needs and barriers to adherence for individuals living with and vulnerable to HIV. Walgreens’ contributions to the HIV community are demonstrated through HIV education and testing programs across the country. Their annual National HIV Testing Day event in partnership with Greater Than AIDS saw nearly 9,000 HIV tests in 2019. In the wake of COVID, the 2020 event was replaced with a free HIV self-test program wherein Walgreens provided a donation for the purchase of 9,000 OraQuick in-home test kits to be distributed to community partners in high incidence areas across the U.S.