by Sara Semelka and Pamela Tassin 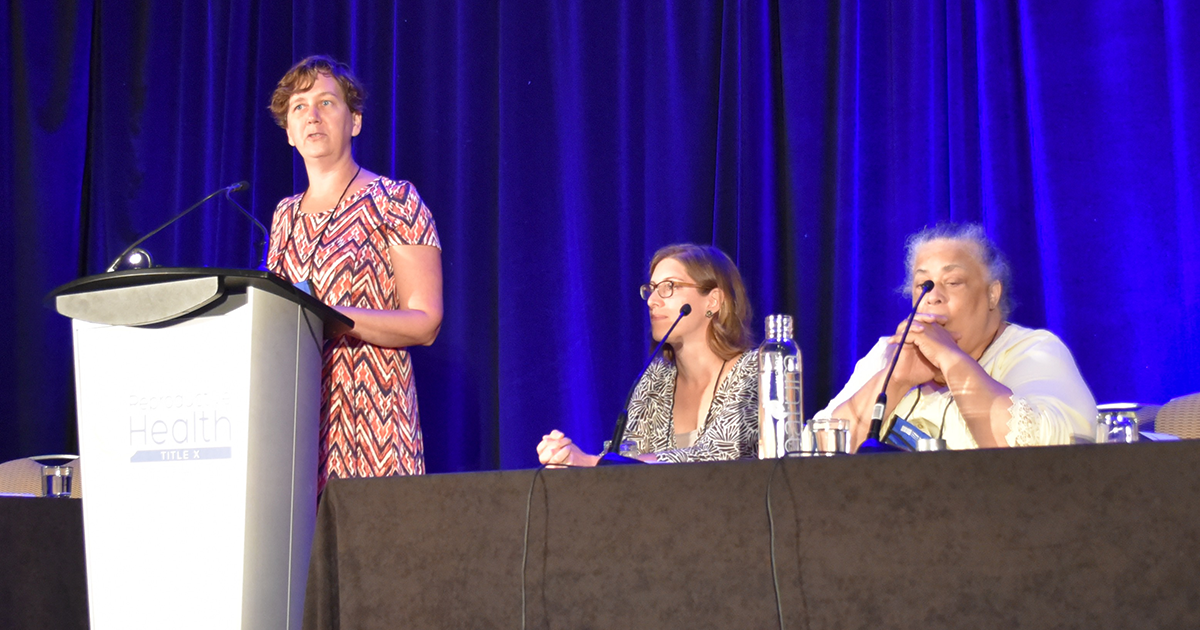 During the last week of July, Sara Semelka and Pamela Tassin from the AIDS Foundation of Chicago’s Midwest HIV Prevention and Pregnancy Planning Initiative (MHPPPI) and #PrEP4Love projects participated in the 2016 National Reproductive Health Conference, hosted by the National Clinical Training Center for Family Planning. They spent three days talking to family planning providers from all over the U.S. about PrEP, HIV prevention and women’s health care.

This underutilization of what the HIV community sees as the turning point in the HIV epidemic is what led us to be present at the conference — and helped us hear some important questions and participate in some vital conversations. 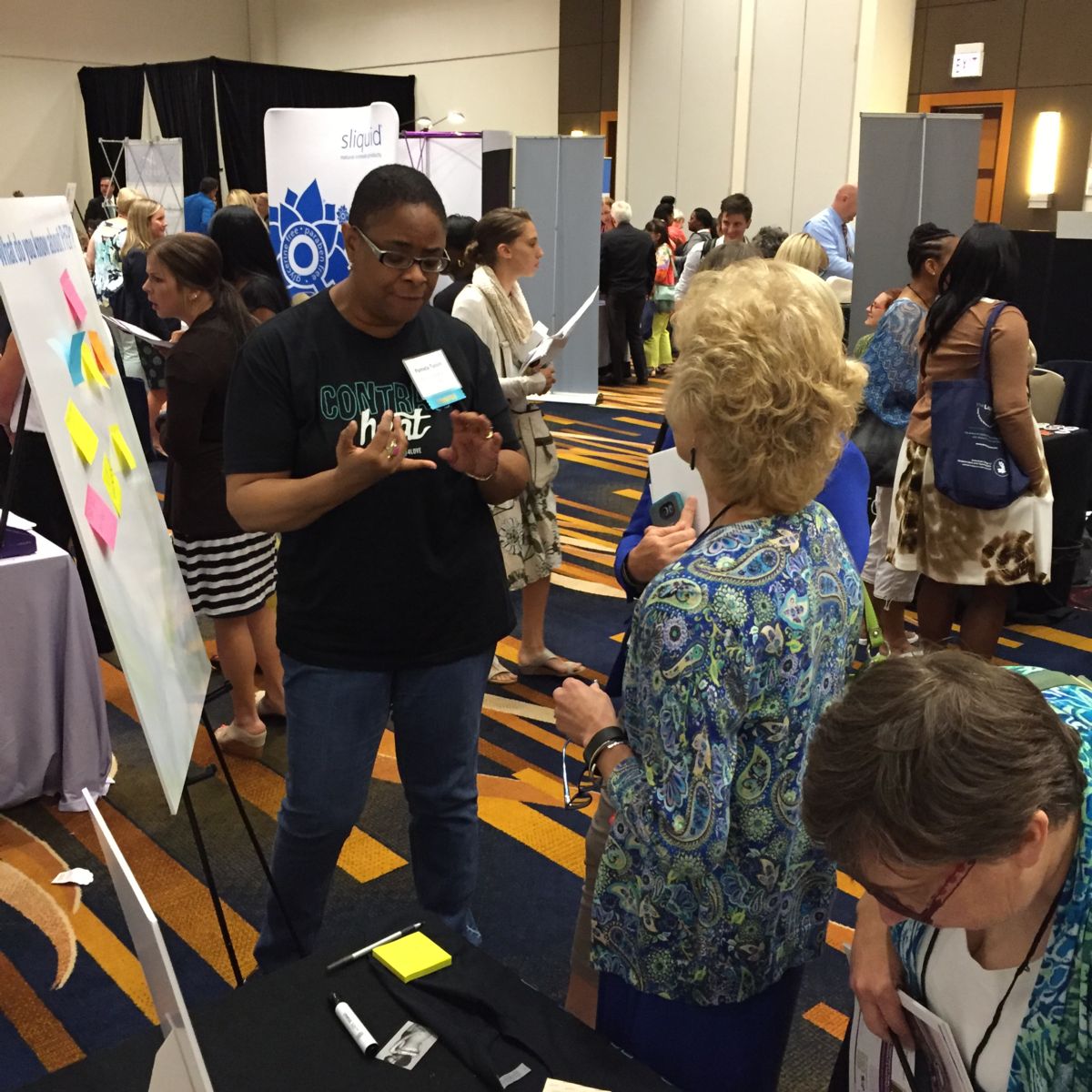 One of the core themes of this conference was how shared decision making (SDM), a model in which clinicians and patients work together to make decisions and select tests, treatments and care plans, is critical in family planning. A health department administrator talked with us at length about how their department is using SDM in its patient-centered HIV prevention model and that they are working statewide to integrate PrEP and post-exposure prophylaxis (PEP) into their current HIV testing strategy. Our discussion brought to mind the Seidman and Weber article, "Integrating PrEP for HIV prevention into women's health care in the United States" (Obstet Gynecol 2016), which discusses how shared decision making is a "woman-centered, ethical approach to offering prevention." It is our hope that more clinicians will apply SDM in an effort to engage women in ongoing conversations about their sexual practices and reproductive desires.

The Title X program is the country's primary federal vehicle to provide funds for family planning needs, and as such, Title X-funded providers exist in a unique — and challenging — political and financial climate. A theme we heard at the conference was uncertainty about how clinics and clients, whether insured, on Medicaid and uninsured could access PrEP. After all, there are expenses beyond the drug, such as quarterly lab costs that may or may not be covered depending on a person's plan. We pointed local clinicians toward Illinois’ marketplace insurance plans’ coverage of Truvada as PrEP in AFC’s guide.

"Our state isn't paying for HIV testing within our Title X clinics."

We learned so much about what's important to Title X providers and their current challenges. HIV testing is key to knowing one's status and the first step to accessing PrEP. Although the CDC recommends fourth-generation antigen/antibody HIV tests when prescribing PrEP, some clinics may only be able to afford less-sensitive rapid testing. Rapid tests have a smaller window for detecting antibodies and therefore increase the risk of starting a newly-seroconverted person on PrEP. HIV test types have great implications for further transmission and treatment protocols, which MHPPPI reviews with clinicians in its trainings. Visit aids.gov to learn more about types of HIV tests. 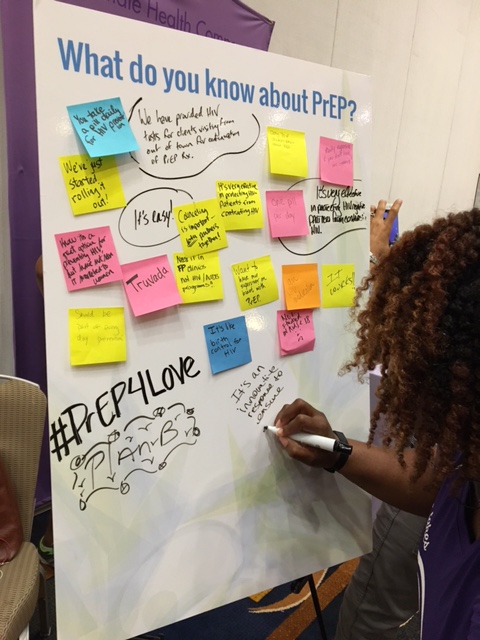 “We don’t know how to connect adolescents to PrEP.”

Title X providers often focus resources on STI and pregnancy prevention for youth, and for good reason. Young people account for more than one in five new HIV infections in the U.S. (primarily among young gay and bisexual men, but 13% of those infections are among young women). We strongly believe that youth should have access to PrEP, but it is only FDA-approved for those 18 and older, and parental consent laws often leave HIV prevention medication in a gray area open to interpretation. Fortunately, Chicago providers are working to ensure that PrEP is provided to HIV-vulnerable adolescents; the CORE Center’s PrEP clinic, Howard Brown Health’s Broadway Youth Center and the University of Chicago’s Center for HIV Elimination. We suggest that providers interested in engaging youth about PrEP download this comprehensive guide.

"I sent my daughter into the drug store to buy condoms ..."

Adolescents face other sexual health out there beyond PrEP access. We chatted with several attendees from Southern states (which are hardest hit by new HIV infections) and heard common themes around limited resources, conservatism, homophobia and stigma. One visitor sent their daughter into the local drugstore to see what would happen when she attempted to buy condoms; the female clerk her daughter approached gave her a deep sigh and "posted up" at the condom case with her arms folded. Needless to say, the pregnancy and STI rates are high in their area. Rural and small suburban communities in the South as well as in the Midwest and Great Lakes region continue to have compounding issues around HIV prevention, care and treatment. MHPPPI aims to reverse these trends in the Midwest and Great Lakes region through training and education on HIV prevention as well as pregnancy planning for people living with HIV.

Categorized under Advocacy, AFC news, Inside Story, National and Prevention.