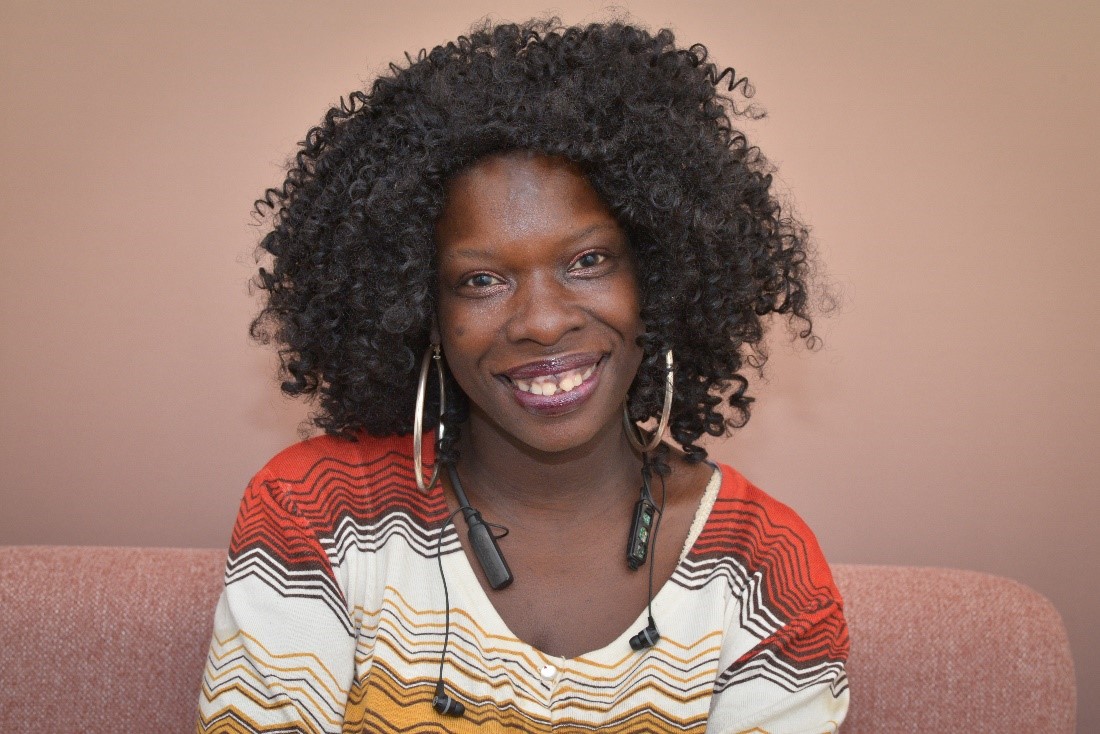 Valerie was born and raised in the city and is a Chicagoan through and through. She has been proudly sober for 4 years and credits her success to both her determination and the people who have supported her every step of the way. Nonetheless, it is safe to say that Valerie’s journey to get to where she is now has not been an easy one.

Starting from a young age, Valerie was sexually assaulted, had a fractured relationship with her parents and later developed a substance addiction. At 16, she began engaging in sex work for money and continued for years thereafter as a form of survival. In 2007, Valerie hit a huge low when she was arrested, charged and given a prison sentence.

“I was in a car with drug dealers and they were being set up. I didn’t snitch and say whose crack cocaine was in the car. By me not saying anything, they gave me a manufacturing delivery charge and possession with intent to deliver,” Valerie recalled. “I did 14 months off a 4-year sentence and came home in 2009. I have not been arrested or near any handcuffs since and I don’t plan on it … it’s not for me.”

Once she was out, Valerie had her youngest son back in her life, and the two lived at Cornerstone Community Shelter for 10 months. In May of 2010, Valerie was connected to housing and moved into her first apartment at the age of 34. She was now in her first home and it felt like things were starting to look up. This was all until Valerie went to the doctor for a routine check- up and later got a call that she never expected.

“I had a careless doctor who had no type of charisma or class that just called me on the phone and was like, ‘Oh, there’s nothing wrong with you Ms. Linzy, you’re just HIV-positive.’ That’s not something you just tell somebody over the phone,” said Valerie. “I definitely put holes in the walls, and I slammed myself into all types of doors. I just knew that my life had ended.”

So many thoughts ran through Valerie’s head when she found out about her status. Valerie had been screened for HIV several times before while she was engaged in sex work and was always aware of her status.

“You have [outreach workers] that would come talk to us women on the street. They would give us [incentives] to prick our fingers … I would prick my finger every time,” said Valerie.

She was still on parole when she found out that she was living with HIV, but because she thought she was going to die anyway she said she “went on a drug spree.” Valerie was spiraling for months until March of 2011 when she went back into substance use treatment. Thankfully, Valerie was able to reconnect with her sister and mom and started gaining back the support system she desired.

Valerie experienced homelessness again for years after, but at the end of December 2017, she was connected to housing through one of Christian Community Health Center’s (CCHC) supportive housing programs. She moved into her new apartment at the end of December 2017, and later into a bigger home in the Roseland neighborhood where there is not only space for her children to live with her but also space for additional family to visit.

While everything may not be perfect in her life right now, Valerie says that she is in a much better place than she was when she was just a few years ago. To help her stay on this path toward having the life that she wants, Valerie regularly meets with her CCHC housing case manager, Penny Brown.

“I wanted to do counseling and she got me connected with my counselor, Jazz. I worked with my Jazz for a year, and I talked to him about everything,” said Valerie. “So yeah, I go to Ms. Penny for all those types of things. I love that lady! She goes to bat for me.”

Penny connects Valerie to the resources she needs in order to get her closer to meeting the goals she has set out for herself. In particular, Penny utilizes the resources provided through the AIDS Foundation of Chicago (AFC), such as the behavioral health specialists.

“AFC helps pay for housing and things like bus cards, food cards, those all come from AFC. AFC is a great help for the clients because they’re really the source for everything, besides the case manager,” said Penny. “They are like the biggest help for our program.”

“Me and Valerie have been working together since February of 2018. The work that I do for Valerie, it consists of me providing her with supportive housing, medical, and, of course, help with her medications … The work that I do with her is intense and it’s hands on, but working with her is a walk in the park because we have a relationship now. We kind of understand each other and she knows that I’m here to help her.”

Valerie repeatedly says she is grateful to be where she is today. She spends a lot of her time reflecting on her experiences and expresses herself through poetry as an outlet. Valerie is also extremely adamant about giving back to her community by supporting younger girls engaged in sex work, who work in the same spots where she used to get clients.