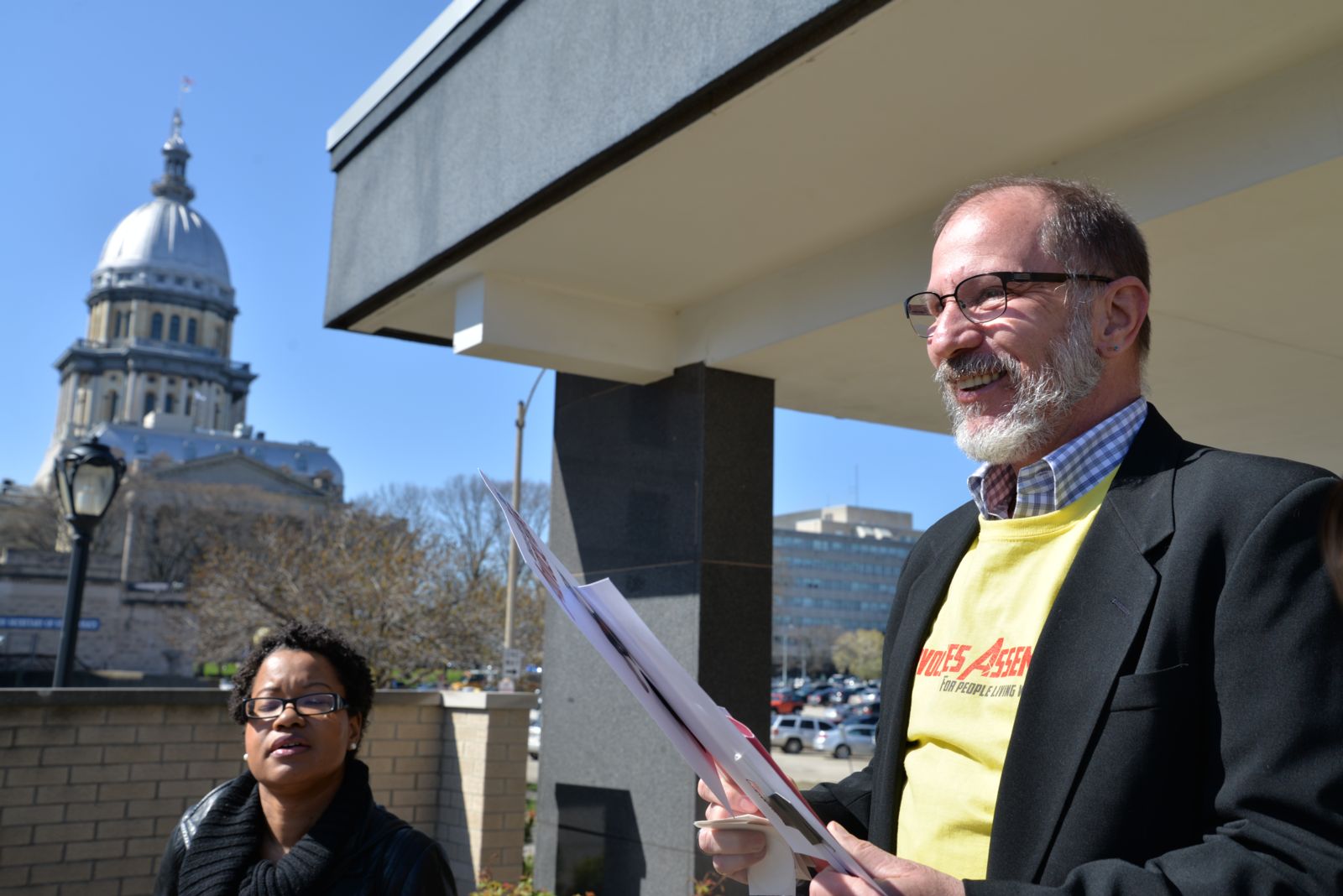 Longtime HIV advocate and Chicago resident Will Wilson was invited to share his first-person account of using Medicaid and Affordable Care Act services to the people in charge of nationwide Medicare and Medicaid services.

It was cold, dark, and I was up way earlier than normal. Still, I was excited. I was heading to Washington D.C. to share my story with Calder Lynch, the Senior Counselor to the Centers for Medicare and Medicaid Services (CMS) Administrator Seema Verma. In other words, he’s the right-hand man to the person overseeing federal health insurance programs that many of us living with and vulnerable to HIV and other chronic conditions use to access health care thanks to the Affordable Care Act (ACA). I jumped at the chance to share my story because of the Trump administration’s threat to these essential programs.

We left Midway airport at 6 a.m. and returned eleven hours later – a one-day trip in the name of protecting health care access. We were part of a small group of HIV organizations from across the nation who have been advocating for sound Medicaid coverage for people living with and vulnerable to HIV including the Center for Health and Law Policy Innovation at Harvard Law School (CHIPLI), the HIV Medical Association (HIVMA) and the AIDS Institute (AI). Still, I was the star of the meeting to share my experience with these programs, because I’ve been enrolled in nearly all of them.

After brief introductions and the reasons for the meeting everyone’s attention turned in my direction. I shared with them how the health insurance I’d had when I was diagnosed turned out to be junk insurance and how paying for medications, lab work and doctor’s visits out of pocket landed me in medical bankruptcy. I told them how the Ryan White Care Act as well as the AIDS Drug Assistance Program (ADAP) helped me address my health issues before the ACA. I shared my frustration that both of these programs only deal with HIV and HIV-related issues. Like many others living with HIV I sometimes had other health issues to attend to that were either ignored or only taken care of when they could no longer be ignored.

I hoped I was smiling when I shared with Mr. Lynch the freedom I felt being able to enroll in the expanded Adult Medicaid program knowing that, for the first time since my diagnosis, I would have access to complete health care. I did my best to convey that my stress level decreased knowing I no longer had to worry about how to face any health challenge. I emphasized that if Medicaid were to disappear or Ryan White and ADAP programs became horrendously altered, I’d have some very difficult choices to make.

After I finished speaking, several specific policy issues were addressed and the meeting was concluded. Before we adjourned, Mr. Lynch spoke to me directly, looking me in the eye as he did. He thanked me for sharing my story. I felt in that moment that I’d actually been heard. He also said he’d be sharing his notes from this meeting with his boss, Seema Verma, the Administrator of the Centers for Medicare and Medicaid Services.

When I arrived home that cold December evening I wondered which of my small statements will have the most effect. While I’ve been a grassroots political advocate for HIV for only the past 15 years, I’ve been part of the HIV community from the very beginning, since before the virus had a name. In all this time I’ve seen more wonderful things than not. Advances in science allow us to live longer and healthier than ever before, and we’re getting closer to eradicating HIV, yet we still have quite a distance to cover. I’ll continue to focus on the positive while staying ever aware of the negative, pun intended.

Will Wilson seeks to serve those most in need as often as possible. He tested positive for HIV when the first tests came out in the 1980s. He chose to ignore the results until he was diagnosed with AIDS in May 2002.

Want to speak truth to power like Will? Join AFC’s Mobile Engagement Network and get updates on state and federal actions that affect health equity.

Or take your engagement one step further and join Illinois ASAP, a statewide coalition of HIV advocates. Contact Ramon Gardenhire at rgardenhire@aidschicago.org for more info.

Categorized under Advocacy, Health insurance, Inside Story and National.