On Wednesday, Illinois Governor Bruce Rauner once again presented the Illinois General Assembly with a budget that fails to protect the most vulnerable people in the state. Eight months into the fiscal year and without a budget in place that funds essential services, Governor Rauner proposed a budget for the next fiscal year that failed to invest in the states’ human services. 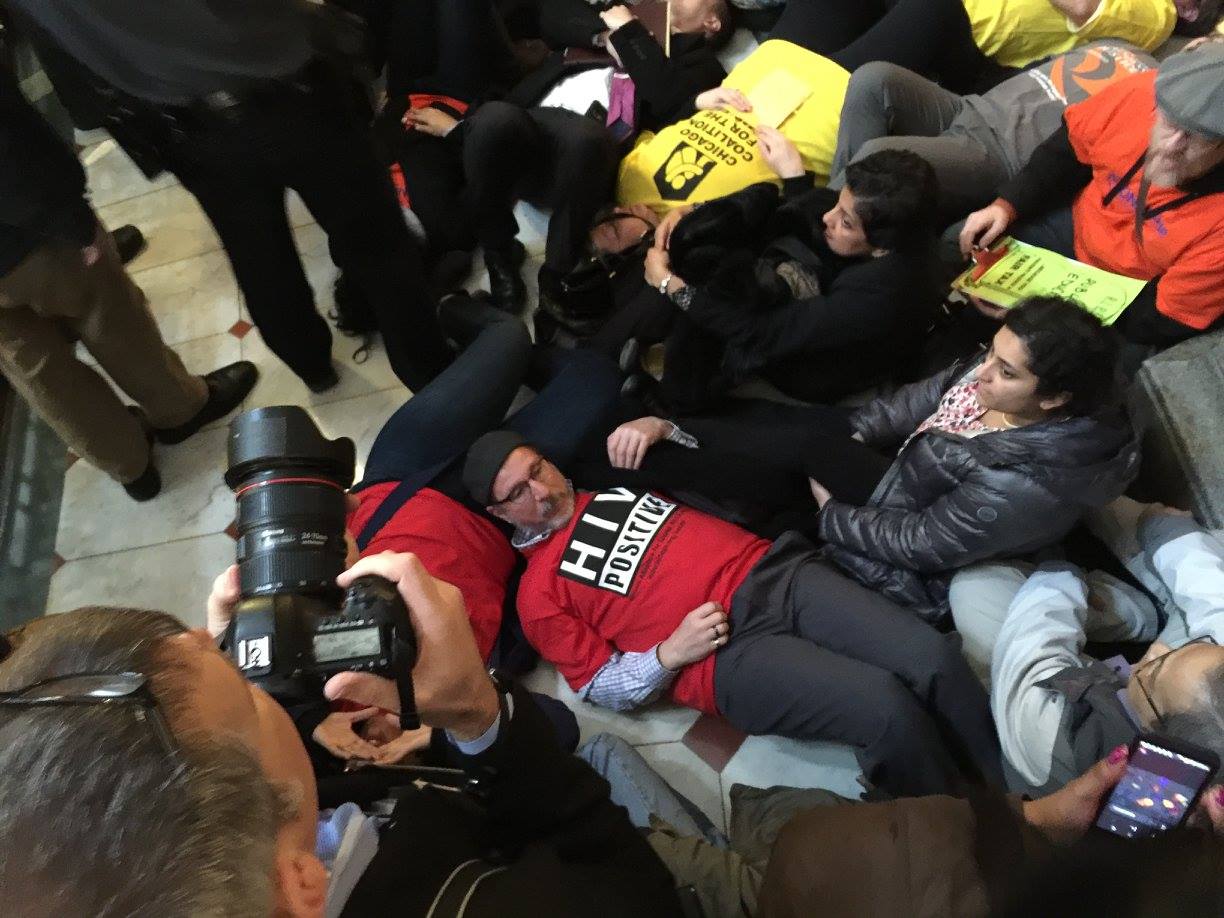 The Governor’s proposed budget for Fiscal Year 2017 contained an $18 million appropriation for the HIV general HIV funding line. This is a $2 million cut to the general HIV funding line from the Governor’s FY 16 proposal, and an $8 million or 28% cut from the FY 15 budget passed by the General Assembly and signed by Governor Pat Quinn in May of 2014.

Governor Rauner also proposed allocating just $500,000 to the African American HIV/AIDS Response Act (AAARA), a 60% cut from the proposed FY 16 level. The AAARA remains unfunded by the state after the governor vetoed a FY 16 budget passed by the General Assembly that would have provided $1.25 million for this vital program. At a time when nearly 50% of new HIV infections are in the Black community, AAARA is a critical tool to ensure funds go to targeted organizations working in the hardest-hit communities by the epidemic, such as the Black community.

“The AIDS Foundation of Chicago (AFC) strongly opposes these proposed cuts,” said Ramon Gardenhire, AFC’s vice president of policy and advocacy. “We will vigorously work with the General Assembly, people living with HIV, service providers and community members to restore funding for these and other vital programs.”

An estimated 43,500 Illinoisans are living with HIV. The proposed budget, if enacted, would severely limit the ability of this population to access and maintain the vital medication and supportive services needed to keep their condition manageable.

These proposed cuts would drastically affect HIV prevention in the state of Illinois. In FY 15, ADAP, the largest portion of the HIV funding line, received $18 million of the $26 million appropriation. The Governor’s proposed budget, by reducing total spending to $18 million, may completely defund HIV prevention services administered through this funding line.

“The responsible solution to the state’s budget fiasco is to generate the revenue needed to put Illinois on a path to sustainable prosperity,” said John Peller, AFC’s president/CEO. “We know there are many options for the state to generate adequate revenue. To say that there is ‘no choice but to make cuts’ is cynical and false.” 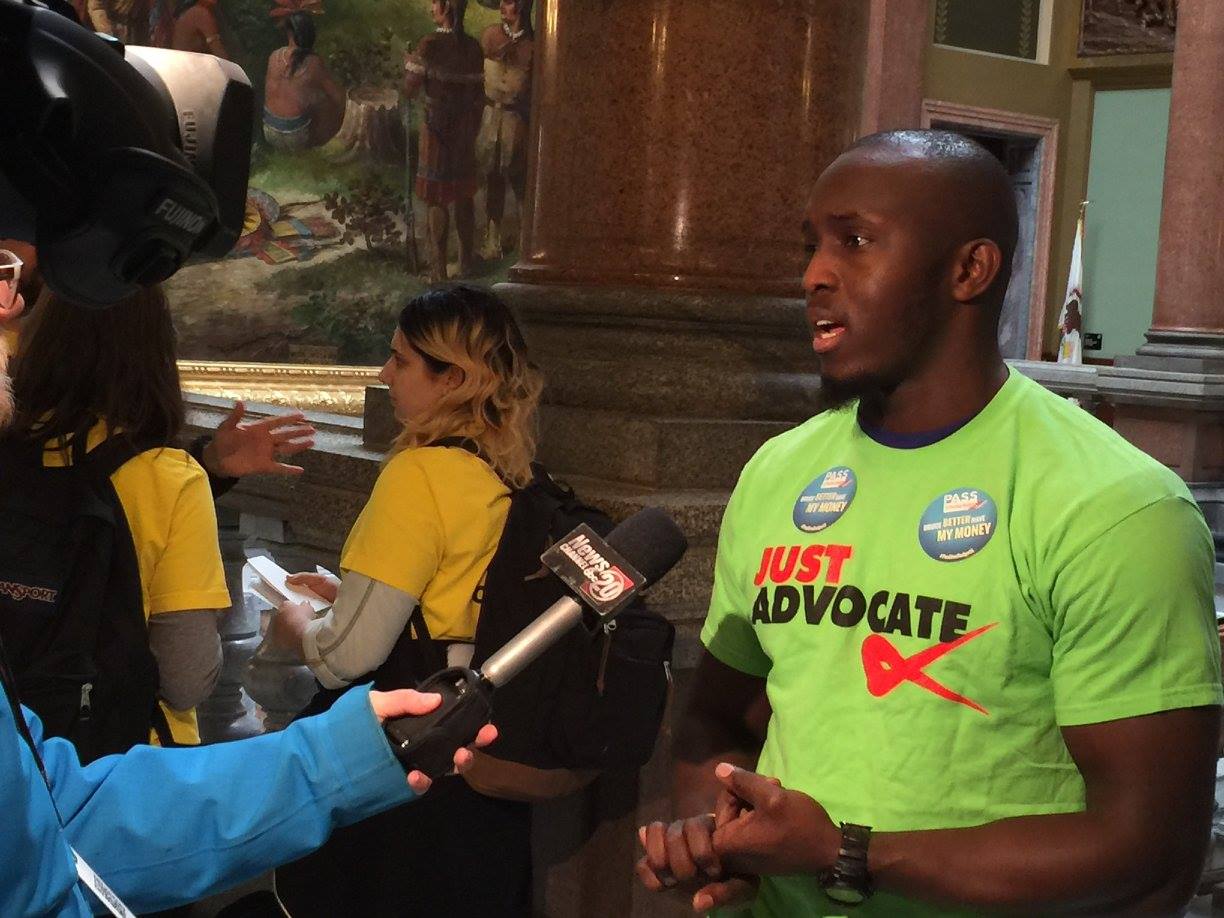 AFC calls on Governor Rauner and the legislature to identify sources of tax funding to replace the 2011 temporary income tax increase, which expired Jan. 1, 2015. It is also now well past time that the Governor and the General Assembly come together to pass a positive budget for both FY 16 and FY 17, to ensure that Illinoisans most in need are able to count on the essential services they require.

“The reality is that the General Assembly and Governor have already made significant cuts to these programs in the past,” said Daniel Frey, director of government relations at AFC. “The programs simply cannot sustain funding decreases on the level the governor is proposing. We look forward to identifying solutions to the state budget that include adequate revenue, not just cuts.”

“Governor Rauner’s budget is just a proposal,” said Frey. “It’s our job as advocates to work with our champions in the General Assembly, including members of the Black and Latino caucuses, to restore vital services for people living with HIV and other vulnerable populations. We look forward to that partnership.”

Chanting “Rauner, Rauner, you’re the worst, time to put the people first” as the governor entered the chambers of the Illinois House to deliver today’s address, nearly 250 advocates staged a die-in in the rotunda to illustrate the human toll of the budget impasse.

AFC urges advocates to save the dates for 2016 Springfield Advocacy Days, which will take place Wednesday, April 13, and Wednesday, May 10. Stay tuned for more information on aidschicago.org.

Categorized under ADAP, Advocacy and Illinois.

Declare ADAP an essential service ahead of government shutdown in IL

On July 1, Illinois state government will shut down if the General Assembly and Governor Bruce Rauner...
Read more...