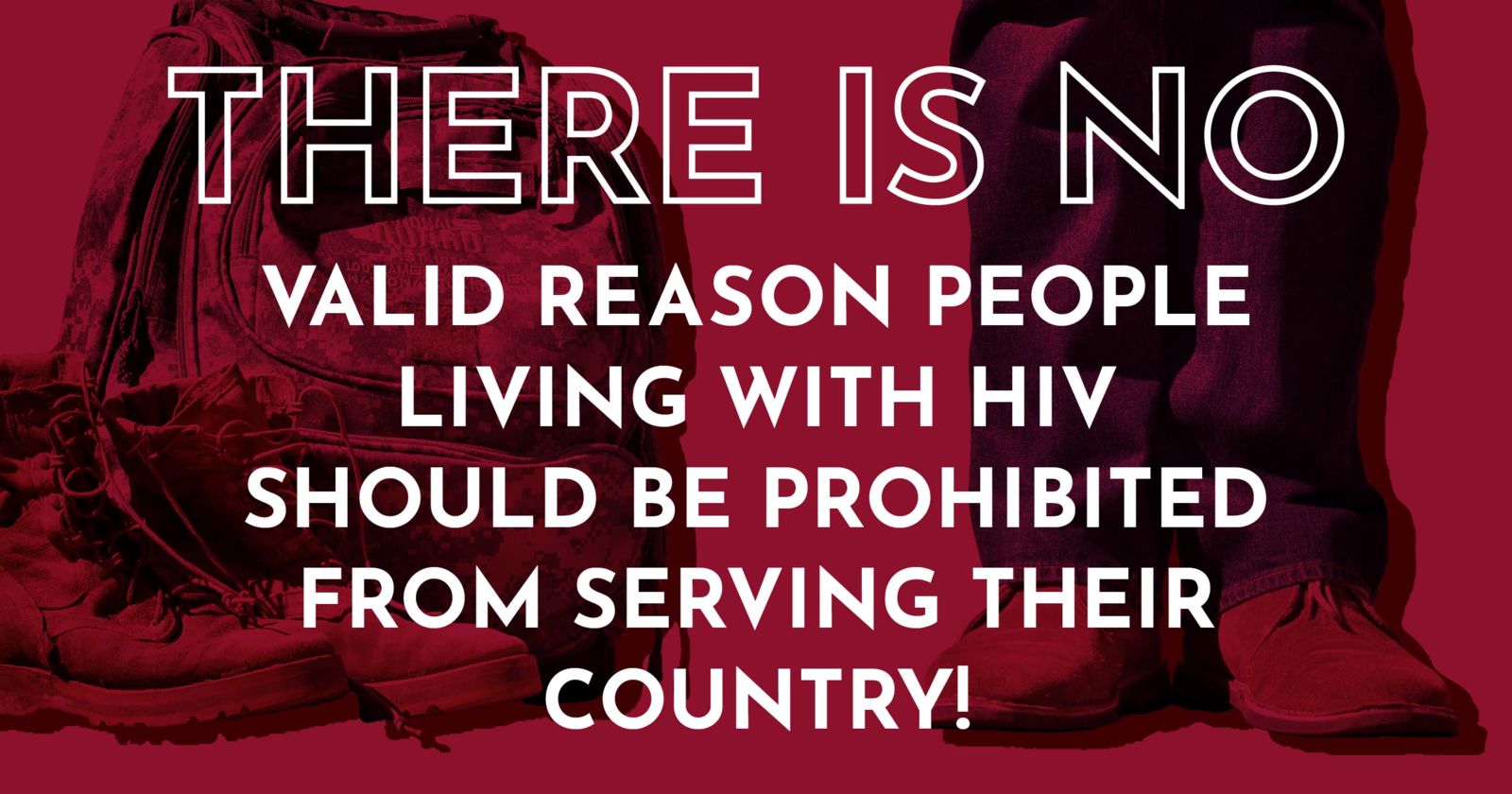 The Department of Defense released the “Deploy or Get Out!” policy, effective Oct. 1, which directs the Pentagon to discharge service members who can’t be deployed outside of the U.S. for more than 12 consecutive months. Due to an antiquated policy dating back to the early days of the epidemic, service members living with HIV are considered non-deployable. An estimated 1,200 people living with HIV currently serve in our military with honor and distinction, according to Lambda Legal. This decision follows the Administration’s transphobic attack manifesting in a military ban on trans-identified people. We, the AIDS Foundation of Chicago, are against the Administration’s discriminatory rulings under the guise of “military readiness” that perpetuate stigma against people and the communities we serve.

Current Pentagon policy considers service members living with HIV non-deployable and will not allow them to enlist or to be appointed as officers. To fight this stigmatizing and egregious policies against our service members Lambda Legal and OutServe-SLDN filed the lawsuit in the U.S. District Court for the Eastern District of Virginia on behalf of Sgt. Nick Harrison, a veteran of two overseas combat zones who was denied a position in the Judge Advocate General (JAG) Corps. In a companion lawsuit, Voe v. Mattis, Lambda Legal and OutServe-SLDN are representing an anonymous service member living with HIV who the Air Force refused to commission as an officer due to his HIV status.

There is no valid reason why people living with HIV should be prohibited from serving their country. The U.S. Centers for Disease Control and Prevention recognized that with proper treatment, a person living with HIV could suppress their viral load to undetectable levels, which results in effectively no risk of transmitting the disease.  In solidarity and representation of these serving officers, we stand against the Pentagon’s current policies preventing enlistment, deployment or commissioning of any serving officer living with HIV.

AFC joins the chorus of those speaking out against the Trump Administration’s Zero Tolerance and...
Read more...

The AIDS Foundation of Chicago (AFC) stands in solidarity with individuals and organizations in strong...
Read more...

We are saddened. We are angry. We demand change.

The AIDS Foundation of Chicago (AFC) offers our condolences, thoughts and prayers to the victims and...
Read more...