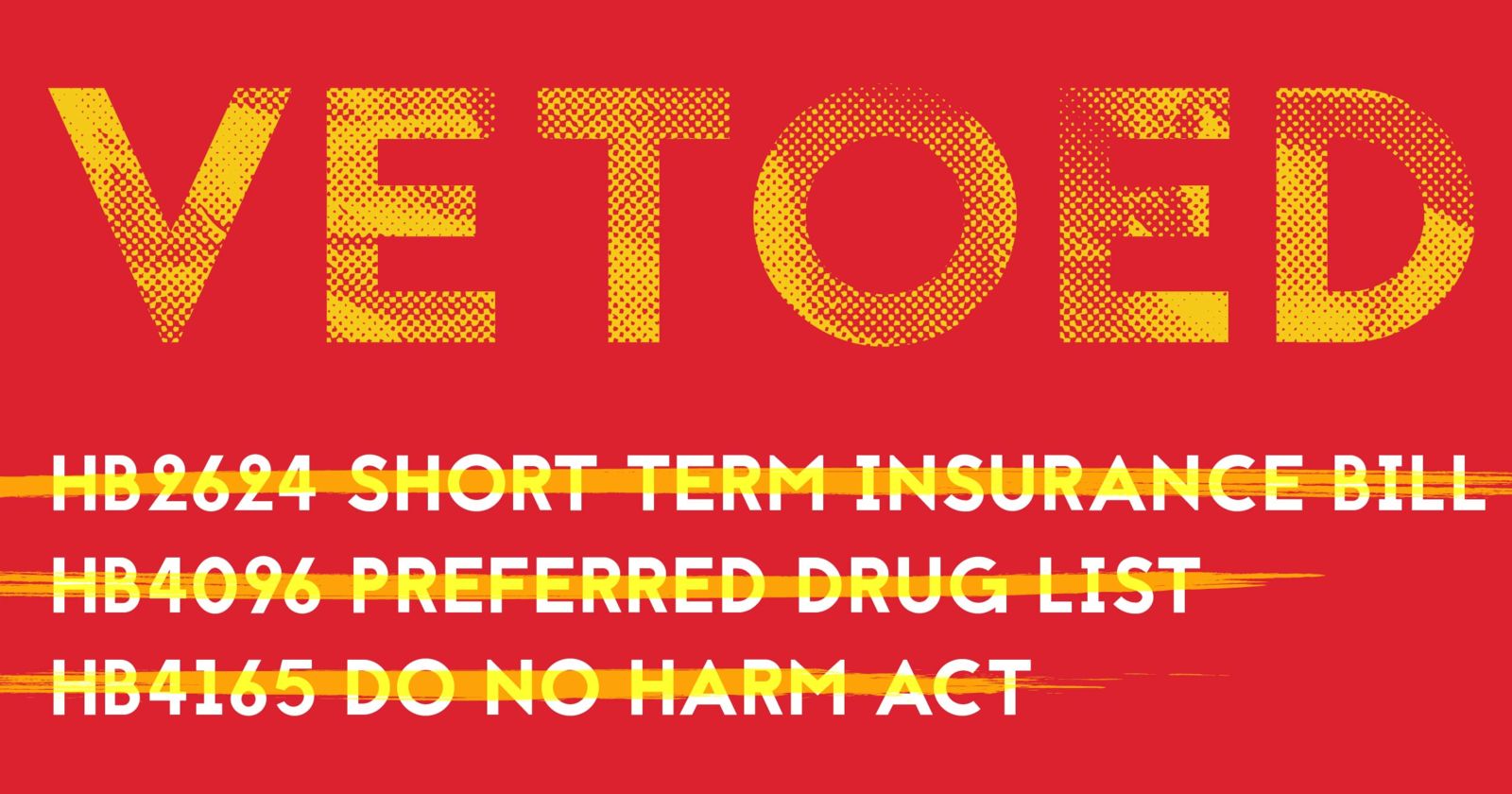 Over the course of the last two weeks, Governor Bruce Rauner has deemed it necessary to veto three pieces of health care access and treatment legislation that would have had a positive and meaningful impact on the lives of people living with chronic illnesses, including HIV.  The disappointment we feel in the Governor’s actions is tempered by the knowledge that all of these bills will have the opportunity to become law when the AIDS Foundation of Chicago (AFC) and our partner agencies join with our legislative sponsors to override these vetoes in the November veto session of the Illinois General Assembly.  With three strokes of the pen, the governor did away with drug access protections for people living with chronic illnesses, allowed junk insurance to thrive in Illinois, and revoked a role for the General Assembly in health care waivers that impede or diminish health care benefits.

HB 4096, sponsored by Representative Greg Harris (D-Chicago) and Senator Heather Steans (D-Chicago) passed both chambers of the General Assembly with bi-partisan support. The bill sought to prevent the state from restricting the drugs available to Medicaid members starting January 1, 2019, by imposing a more restrictive single preferred drug list on all Medicaid Managed Care Organizations.  We must override this veto to ensure that people living with chronic illnesses have access to as many life-saving treatments as possible.

HB 2624, sponsored by Representative Laura Fine (D-Glenwood) and Senator Heather Steans (D-Chicago), sought to regulate short term limited “junk insurance” health plans in Illinois, make it plain to consumers that these plans did not meet the requirement of the Affordable Care Act (ACA) and limit their availability to 6 months.  These plans provide little to no benefits to the people who purchase them, and the Trump Administration just allowed people to buy them for up to three years.  Gov. Rauner’s veto is a blatant attempt to allow harmful Trump administration policies into Illinois, which will undermine ACA marketplace plans with long term and lasting consequences.

HB 4165, sponsored again by both Representative Greg Harris (D-Chicago) and Senator Heather Steans (D-Chicago), required the Governor to gain legislative approval before submitting any waiver to the federal government that would allow the state to diminish or impede an existing health care benefit.  By vetoing this bill, the governor seeks to retain full authority of the executive to seek any waiver to the federal government, even if it strips Illinoisans of their existing health care benefits.

“Governor Rauner’s actions are disappointing and dismaying,” said John Peller, CEO of the AIDS Foundation of Chicago.  “But we are not disheartened.  We are confident that the General Assembly will come together in November and vote to protect the people of Illinois from disastrous policies being handed down from both our state and federal executives.  It’s imperative that the General Assembly override these vetoes and protect the most vulnerable among us.”