H.R. 5640 would reauthorize the Housing Opportunities for People with AIDS program and update the program’s funding formula

The AIDS Foundation of Chicago (AFC) thanks Rep. Mike Quigley, D-Ill., for introducing H.R. 5640, the Housing Opportunities for People with AIDS (HOPWA) Modernization Act. The bipartisan bill would reauthorize the HOPWA program and update the program’s funding formula.

The introduced bill builds on recommendations that the Obama administration included in the proposed federal FY2015 budget. The proposal was developed with extensive community consultation. Arturo V. Bendixen, a national AIDS housing expert, provided input on behalf of AFC and its Center for Housing and Health.

H.R. 5640, like the administration’s proposal, updates the HOPWA formula to distribute funding to areas with the greatest need. 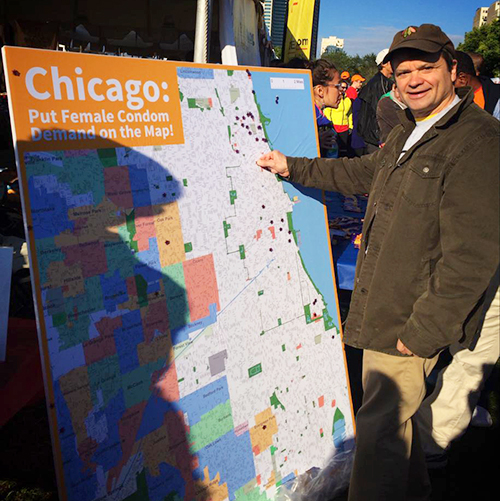 The proposed funding formula is based on the number of low-income people living with HIV, the cost of housing, and other factors. The HOPWA formula has not been changed since the early 1990s when the program was created and persons living with HIV/AIDS were often dying due to the virus.

AFC strongly supports the need to modernize the HOPWA funding formula. The Chicago metropolitan area received $7.7 million in HOPWA funding in 2014, and Illinois received an additional $1.1 million in funding. The updated formula is likely to result in small increases in funding for Chicago and Illinois, and reduce funding disparities in other areas of the country that are hardest hit by HIV.

Extensive research shows that the HOPWA program plays an essential role in providing stable housing to people living with HIV.

“Those in housing are more likely to have improved health outcomes, reduced health care costs, reduced mortality, and have a lower risk of transmitting HIV to community members,” said Arturo V. Bendixen, executive director of AFC’s Center for Housing and Health.

The bill was introduced by Rep. David Price, R-N.C., with lead co-sponsors Reps. Mike Quigley, Spencer Bachus, R-Ala., Robert Aderholt, R-Ala., and Jim McDermott, D-Wash. Although the bill is unlikely to advance in the few remaining months of the current Congress, it is an important first step in an issue that is likely to be debated in the 114th Congress.

Summary of the proposed HUD formula and rationale

Stories from Your Chosen Family

By Indigo Quashie   Hey advocates,   In celebration of the...
Read more...