Alaina Kennedy is a self-proclaimed “daughter of Chicagoland” who recently joined AFC’s staff as its first-ever Manager of Health Equity. Her passion for the city of Chicago doesn’t stop at the food or the amazing architecture: Alaina wants to build up the people, especially those who face inequity in quality of life because of stigma surrounding HIV. 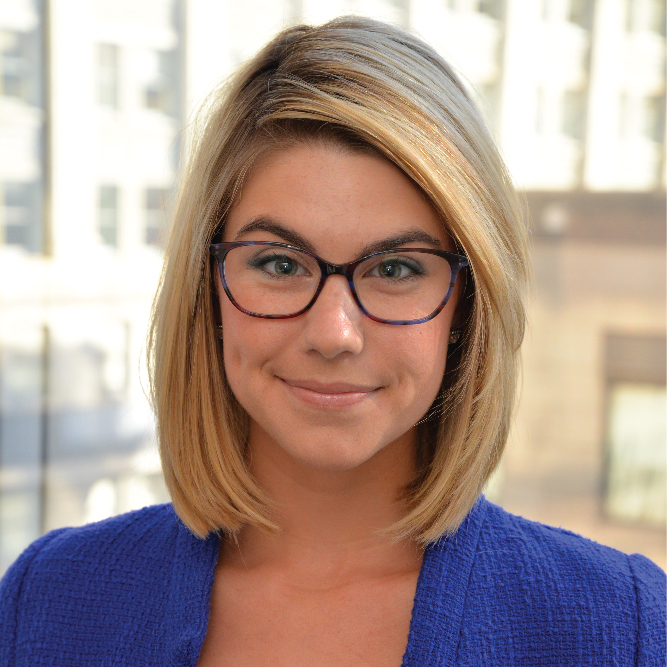 During our conversation in a small conference room with no windows, Alaina brought up the “City Beautiful” concept borne of David Burnham, which outlines how a beautiful city could bring its residents together and promote harmony. And while Chicago certainly is a beautiful city, Alaina is well aware of the stigma and inequity that’s heavily apparent for people living with HIV and AIDS. As a result, her mission is to use the concept on people rather than scenery.

“It’s amazing what people can do here — people who aren’t given the opportunity to show how awesome they are because of the trauma they’ve experienced,” Alaina says. “We’re not just treating a disease which is already not being addressed, but that at the end of it we’re also addressing the needs of being human and living a full life that’s not just in quantity but in quality.”

She pursued a Bachelor of Science in Interdisciplinary Social Science Health and Society and specialized in health promotion and bioethics. Other than being a mouthful — and producing several funny videos of people trying to pronounce her degree — Alaina’s education not only inspired her to take on a career of public service and government, but equipped her to take on her current work at the AIDS Foundation of Chicago.

“I’ll be mostly focusing on national issues affecting HIV and AIDS working with the HIV Prevention Justice Alliance (HIV PJA) as a co-manager with Maxx Boykin. We’re also looking at stigma and issues that affect [care] access and looking at determinants and how we can fix those from a public policy or advocacy standpoint.”

In her new role, she hopes to continue AFC’s mission by supporting our existing coalitions to make people agents in pressing for better quality of life. Alaina aids in supporting programs and health care services that improve quality of life for people living with HIV. Armed with ambitions to reduce stigma and disparity while increasing innovative approaches to care, Alaina will help our efforts to improve overall health equity.

Of course, she wouldn’t be a daughter of Chicago if we didn’t bring up food. Her favorite restaurant is Chicago Pizza & Oven Grinders, the site of the infamous St. Valentine’s Day massacre and a long-time family favorite. In a way, she wouldn’t be here without the local landmark; her parents dined there when they began dating, and her family still gathers there for quality time.

“We would wait rain, snow, sleet or sunshine,” says Alaina. “We would wait for that line because that was our family tradition. It’s a special place to me.”