It’s almost Census time, and while it might seem scary, the Census is important, safe, and easier to complete than you may think.

In 2010, Dan Savage started “It Gets Better,” Lady Gaga wore the meat dress, Oprah still had her daytime talk show, and everyone with a smartphone—which wasn’t yet everyone—was playing Angry Birds.

That was also the year the last Census was taken. Obama was in the White House, the Affordable Care Act had just been signed, and “Don’t Ask, Don’t Tell” was on its way out. At the same time, the Defense of Marriage Act was still the law of the land, there wasn’t yet Truvada for PrEP, and “U = U” was far from entering our lexicon.

A lot can change in a decade, which is why the Census attempts to count every person living in the U.S. every 10 years. For some of us, the idea of submitting a survey to the government that asks our name, sex, ethnicity and other personal details might be complicated, stress-inducing and deeply upsetting—but it doesn’t have to be.

Here’s why you need to complete the Census, and some advice on how to make it easier on yourself. 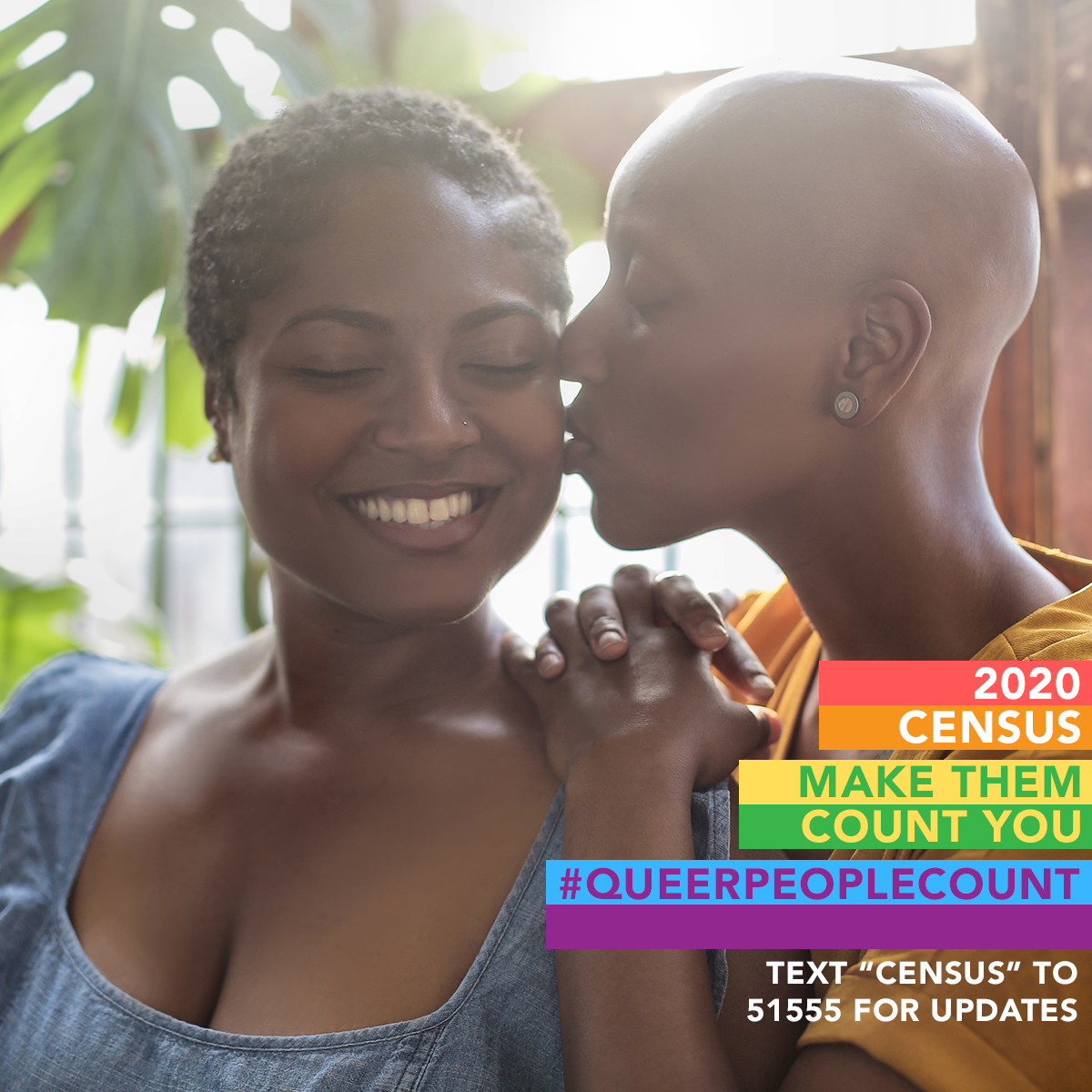 The Census is Required by Law and Only Takes 10 Minutes

The Census is so important that the Constitution requires it. You should receive your survey by mail in March. If you don’t complete it—which you can also do by phone or online—the Census Bureau will try to follow up with you by phone or in person. There are only nine questions, plus seven for each additional person living in your household. And AFC can connect you to someone who can help you complete the Census online.

The Census Actually Helps You

Yes, you. While it doesn’t ask directly about HIV status, gender identity, or sexual orientation (more on this below), the Census dictates how billions of dollars are spent that benefit our communities, including public dollars for transportation, schools, and emergency services as well as social services like Medicaid, Section 8 housing vouchers, and the Supplemental Nutrition Assistance Program (SNAP). And Census data are used to redraw district lines and assign representative seats, so that your vote carries weight in Washington.

The Census Can’t Ask About Citizenship or Share Your Info

The Supreme Court ruled that the 2020 Census cannot include a question about citizenship. The Census only aims to count who is living in the United States on April 1, 2020, not how many citizens or non-citizens there are. And the Census Bureau is restricted by law from sharing your personal information with anyone, including ICE or any other government agency, for 72 years.

“There is definitely some fear in this age, especially among LGBTQ+ people who are immigrants or I would say targets of the current administration, and that includes certainly transgender people,” says Kim Hunt, executive director of the AIDS Foundation of Chicago’s Pride Action Tank. “But there are folks who have worked in the federal agencies for decades who really understand that the Census should not be played with, and there are protections around your data that are respected.”

You Can Self-Identify (to a Degree)

The Census asks for your sex and only offers “Male” and “Female” as responses, unfortunately failing to acknowledge the full array of sexes and genders. Still, you have more flexibility here than the boxes may suggest. The National LGBTQ Task Force says that the Census respects how you self-identify and doesn’t cross-check your response with other official documents.

This means you can check the box that most closely aligns with your identity, regardless of how you’ve answered other government surveys, and this won’t be considered a “false” answer by Census standards. And while you are required to complete every question, it’s unlikely the Bureau will send someone to your home should you choose to leave this question blank.

It’s Still Better to Be Counted

This year, the Census includes designations for same-sex spouses or unmarried partners living in your household, but this leaves out many types of identities, partnerships and relationships. While it can be sad, frustrating or infuriating to feel unseen by the Census, it’s still important to be counted, because it helps demonstrate the need for many of the services our communities depend on.

“There’s a big difference between saying, ‘You’re counting me, but you’re counting me wrong,’ versus, ‘I’m not even participating,’ says Saúl Zepeda, Director of Special Programs. “For these services to exist, you need to be counted.”

And if you don’t complete the Census, the Bureau will fill out the survey on your behalf, using statistics to guess what your household looks like. You’d then be giving up complete ownership of your identity and data and might allow yourself to be misrepresented to an even greater degree.

We Can’t Afford to Not Be Counted

LGBTQ+ folks, people of color, immigrants and people experiencing homelessness are among the most undercounted populations in the Census. Illinois lost one congressional seat due to the 2010 Census and is projected to lose one or two more based on 2020—which also means losing one or two electoral votes. In other words, we’d lose clout in Congress, and the money and opportunities to pass good policies that go with it. “In a state where we have amazing protections, especially compared to states around us, we can’t afford to lose any resources,” says Hunt, referring to protections around gender identity and sexual orientation. ”States like Illinois will become a safe haven for LGBTQ+ folks and others who feel extremely exposed and vulnerable by the Trump administration.”

The Census is Not the Only Way to Count Our Communities

The Census is an important method for counting who lives where in the U.S. and distributing funding for programs we depend on. But it isn’t the only one. “Even though the questions are not all that we would want them to be, fortunately in many areas there are specific efforts to count LGBTQ+ people, to make sure that our needs are met,” says Hunt. She points to the Chicago LGBTQ Community Needs Assessment and the U.S. Transgender Survey as two examples.

April 1, 2020, is Census Day, a great day to complete your survey. For more information on how to respond and why, we recommend the National LGBTQ Task Force’s Guide to the 2020 Census.