The regular legislative session has ended. The session is going into overtime, due to our elected officials’ inability to compromise and pass a fair budget or seriously consider new sources of revenue for the state. Despite this partisan gridlock, the AIDS Foundation of Chicago (AFC) and HIV advocates from all over the state have accomplished some amazing work this session! We celebrate the community’s hard work on making five victories happen so far this year: 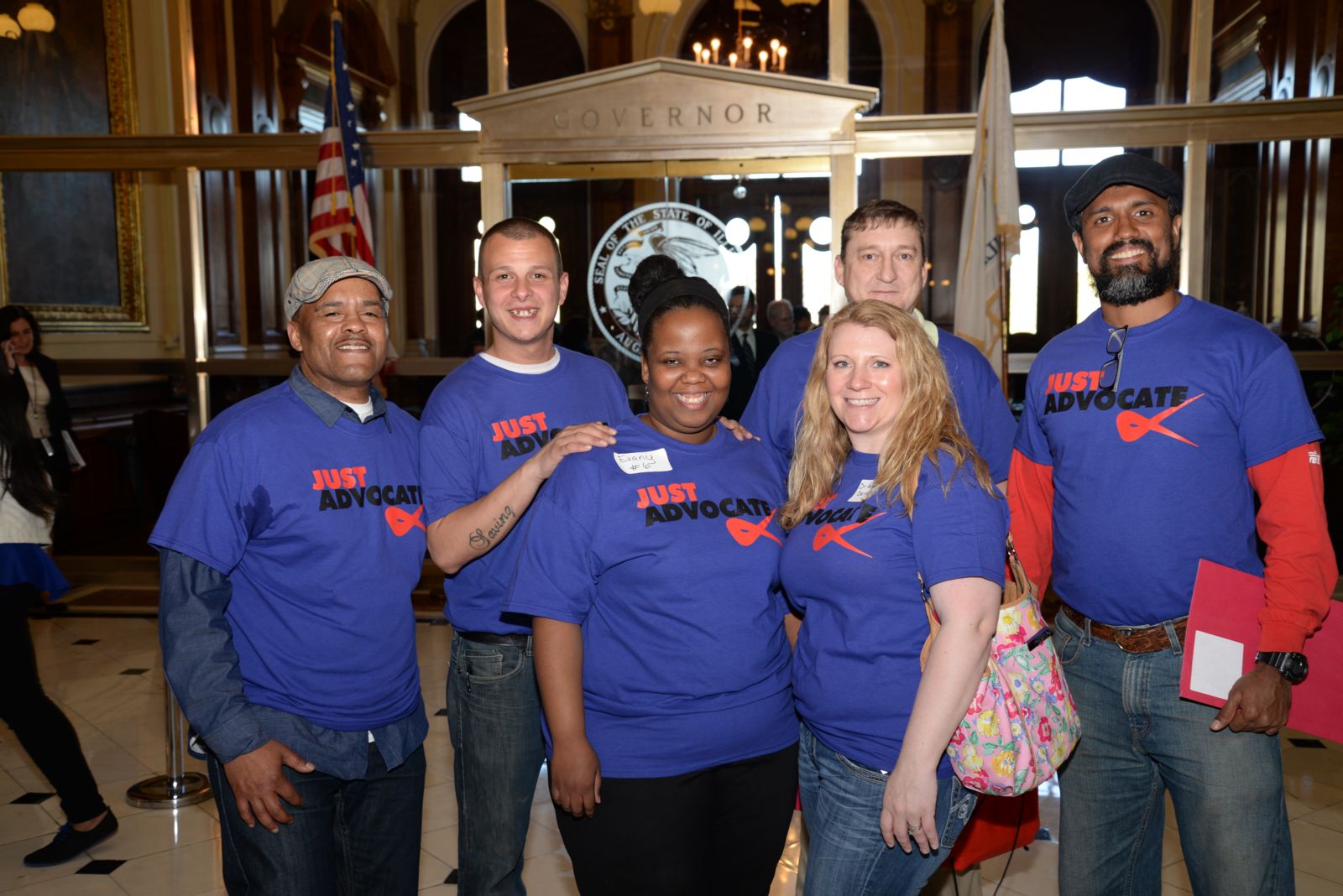 Nearly 700 individuals and 50+ organizations took part in direct advocacy efforts around passing a positive budget. This includes two Advocacy Day events in Springfield, a Virtual Advocacy Day, a budget community forum and an advocacy workshop. Check out our Flickr page to see their hard work and some great advocacy selfies! Read the full story about their virtual advocacy on the Virtual Advocacy Day’s Storify page.

AFC, along with Equality Illinois, met with Governor Bruce Rauner to advocate against cuts to HIV funding, for the Conversion Therapy Ban (HB217) and to relaunch of Illinois’ PrEP drug assistance program (PrEP4IL).

Passed HB 1004, championed by Rep. LaShawn K. Ford, which extends the African American HIV/AIDS Response Act (AAARA) to 2026 and makes it easier for healthcare providers to conduct routine HIV screening in healthcare facilities. This bill passed both Houses unanimously on May 13, 2015. Click here to view the HB 1004 fact sheet.

On March 3, AFC’s Director of Government Relations Daniel Frey testified before the House Human Services Committee on the Medicaid Redetermination process. Redeterminations are when the state asks those enrolled in Medicaid for information to determine whether they still qualify for the program. Often, individuals miss the deadline and are then removed from Medicaid even though they still qualify. AFC made recommendations on how better conduct this process so that those who still qualify are not unduly removed from the rolls.

5. Several key pieces of legislation pass out of both Houses

AFC and HIV advocates aided in the passage of key pieces of legislation this session, including:

Check out the Bill Tracker to see what legislation we advocated for this session and the status of the bills.