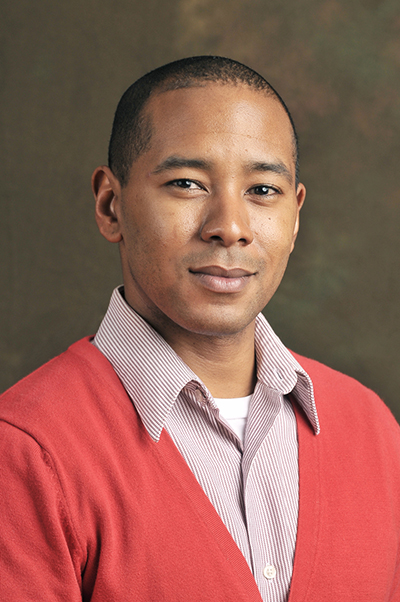 UPDATE, May 2018: There have been no outward changes to Illinois’ legislation regarding HIV criminalization. However, AFC is part of a coalition working hard to eradicate the criminalization of HIV. Also, the HIV Criminalization Working Group and the HIV is Not a Crime III conference will be happening in June 2018 to further discuss action.

In my role as director of government relations for the AIDS Foundation of Chicago (AFC), I have to come to terms with the reality that the legislative process often means having to make ugly compromises.

This sentiment hit home this past legislative session, when the Illinois General Assembly passed a bill that would amend the state’s law that makes exposing someone to HIV a crime.

The Illinois criminal transmission of HIV law, on the books since 1989, has no basis in science, discriminates against people with HIV, and stigmatizes HIV.

AFC strongly opposes the law and fights for its repeal.  However, when it became abundantly clear that SB 3673 was going to pass with overwhelming support, we made a strategic decision to work the bill’s sponsor to minimize the legislation’s harm as much as possible.

We decided to make a bad law better.

SB 3673, introduced by Sen. Dale Righter (R – Mattoon) and sponsored in the House by Rep. Jim Sacia (R – Freeport) unanimously passed both chambers in the Illinois General Assembly. It amends the current HIV criminal transmission law to allow prosecutors to access medical records to learn if someone knew their HIV status, a fact that has to be established before an individual can be prosecuted.

This bill was a response to a tragic case in Whiteside County, Ill., in 2009, involving a man who allegedly knowingly exposed several women to HIV. The state’s strong HIV confidentiality law prevented police from accessing the suspect’s medical records to determine if he knew he had HIV. After charging him with 13 counts of criminally transmitting HIV to another person, the man was only sentenced with one count. There was no way to prove that he had knowingly exposed his partners to HIV.

We fear that the amendment to the law would deter individuals from testing for HIV because they could be prosecuted for criminal HIV transmission if they learn their status.  Earlier versions of the bill would have allowed access to social service agency and counseling records; AFC and allies were able to remove this provision, which would have had a chilling impact on testing and risk-reduction counseling.

AFC and our partners, ACLU of Illinois and AIDS Legal Council of Chicago, were able to negotiate significant changes to the underlying law in return for not working against the provision that allowed access to medical records.  The changes we made are below.  This bill:

2.    Limits acts of transmission to only “sexual activity without the use of a condom” – Prosecutors cannot charge individuals for activities that will not transmit HIV, such as biting or spitting.

4.    Exemption from prosecution if a condom is wore during sexual activity – No more criminal charges if a person uses a condom.

Although the amended law significantly narrows the situations that could result in prosecution for criminal transmission, these cases are likely to always involve “he said he said” or “she said” cases that happen between the sheets with no witnesses.

It will be one person’s word against the other to determine if the couple used a condom and which sex acts they engaged in.  Cases will hinge on whether the infected partner disclosed his or her HIV status before having sex. Too often, former partners press charges for criminal transmission as retaliation when a relationship has soured.

The bill does include an important protection against prosecutorial abuse.  Judges must approve all requests for medical records, and the judge reviews records and determines if they are before they are turned over to prosecutors.  However, AFC and other advocates will remain vigilant to ensure that abuses do not occur.

The bill has been sent to Gov. Pat Quinn who will likely sign the bill into law.  According to the Center for HIV Law and Policy, 32 states and two U.S. territories have HIV criminal transmission laws.  The bill strikes an apprehensive compromise between HIV advocates and law enforcement. While the bill is an improvement, it still contains problematic sections.  AFC will continue to monitor the law once it is enacted, and look for opportunities to repeal it altogether.

The PJP is the first coordinated national effort to address HIV criminalization in the United States.   For more information on the PJP and HIV criminalization, visit http://hivlawandpolicy.org/public/initiatives/positivejusticeproject.

To view the Positive Justice Project Consensus Statement on the Criminalization of HIV in the United States, go to: http://hivlawandpolicy.org/resources/view/768. To endorse the statement, email Rrichardson@hivlawandpolicy.org