How living with HIV impacts my dating, intimacy, and joy 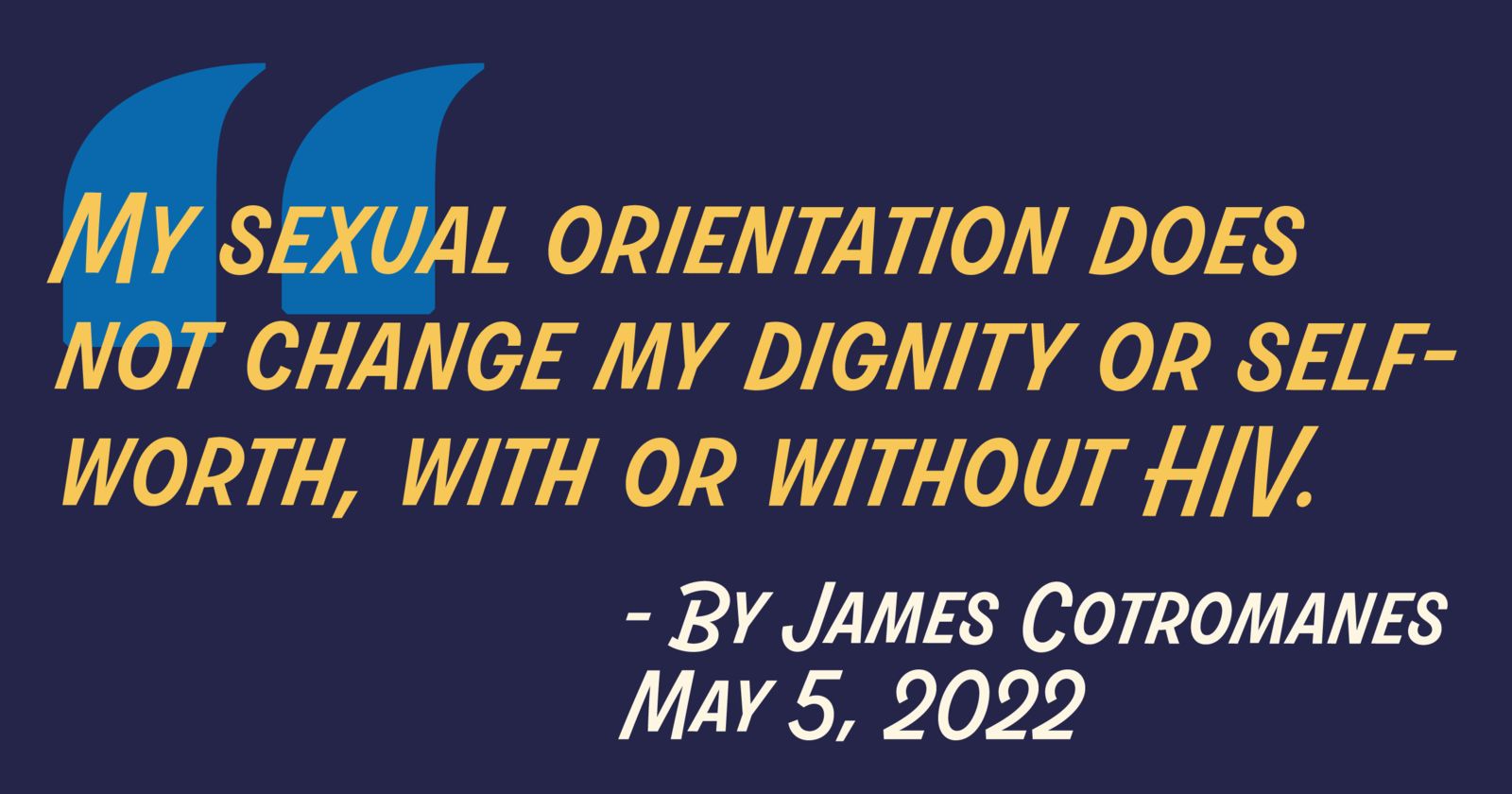 The perception of HIV and the stigma of this chronic condition connects to the misconception of the sexual role of one who is gay or bisexual. In heterosexual relations, a woman is much revered for her beauty and femininity, and the man for his handsomeness and masculinity.

Regarding HIV transmission, there is resounding compassion and empathy for a woman who contracts this virus, and for a heterosexual man as well, but to a lesser degree. Their sexual roles never come into question. Both a heterosexual woman or man can take on a dominant or submissive role, as their socially perceived dignity and self-worth never change regarding their sex life.

When speaking of sexual relations among those who are gay and bisexual, there is a difference between their social perception and sexual role. Similar to a heterosexual man, the “top” (the insertive partner during sex) is acknowledged for his masculinity and dominance. Yet, he is socially viewed in a negative fashion because his sexual relations are with another man. Likewise, there is a widely perceived difference between a “bottom” (the receptive partner during sex) and a “top,” even within the LGBTQ community itself. A bottom is commonly viewed as being strictly submissive. However, the fact remains that one’s sexual role does not change their masculinity or femininity, as the role of one who is gay or bisexual isn’t intrinsically molded into the individual.

The individual makes the decision of their own sexual role based on their personal satisfaction and level of comfort experienced having taken on the roles of either “top” or “bottom.” The term “vers” (versatile) is used in reference to someone who equally enjoys both, but in reality, the gay or bisexual individual who uses the term still has a strong preference for one of the two sexual roles.

Regarding HIV transmission and stigma, the “bottom” is generally stigmatized at a much higher level as the false perception of “submissive” people is seen as “purposely and willingly making themselves vulnerable and open to the risk of contracting HIV.”

My sexual orientation or role does not change my dignity or self-worth, with or without HIV. That being said, I am bisexual, HIV positive, and a happy bottom because I am human.

Intimacy and Dating Someone Living Without HIV

Dating as an HIV positive and bisexual individual has been a turbulent rollercoaster and uncertain road for me. Yes, it is now a chronic condition, but the stigma and certain "myths" of HIV unfortunately still exist.

With this stigma in mind, I sometimes wonder what is the bigger elephant in the room when I begin dating someone; disclosing that I am positive? Or having “the talk" and everything that entails?

For me, it is easier to say, "I am HIV positive," than having to deal with the possible relationship ending solely because of my positive HIV status. Yet, I do find a difference between the reaction one has, and the direction we take moving forward when I am disclosing my positive status to a woman versus a man.

There are various reasons for this difference, but most of it comes down to the physical and emotional intimacy part of a dating relationship. In the beginning, there is obviously the need for consistent use of protection, but as a long-term relationship grows, as does the trust between partners. Both want to enjoy the option of forgoing the use of protection.

An undetectable viral load and PrEP (pre-exposure prophylaxis) have given more pause for personal and individual consideration for the negative dating partner, swinging the door open for negative individuals to date someone living with HIV. Yet, the continued stigma of this chronic condition causes a repeated opening and closing of this door, and poses the horrible and heartless internal question to those living without HIV: Do I want to be known as the one dating a person who has HIV?

A diagnosis of HIV can be devastating and life changing. This chronic condition brings with it a mix of thoughts and emotions that can turn the human person inside out. Yet, in light of one's diagnosis, the human desire to be cherished, loved, appreciated, and supported cannot be extinguished. This is an intrinsic part of being human and happy. Every person has a desire to experience life’s goodness, with all its joys and personal accomplishments, shared among family and friends. This is what makes a purposeful and meaningful life. HIV does not (and should not) have the ability to deprive anyone of these things.

For many, the COVID-19 pandemic and its effects on the world has been a time of reflection and prioritizing the things that matter, both individually and as a country. The last couple of years have been a period of adjustment and change, so let it be for the better.

HIV is tricky, and can have an overwhelming impact on one’s mental, emotional, and spiritual well-being. My hope for someone receiving an HIV diagnosis is that they see it as a starting point and new beginning, not an end point and reason to give up. It has certainly been the start of an important chapter for me living with HIV.

The joys, successes and happiness of life await each of us with great anticipation, so let us all embrace them!

Visit our HIVHUB for essential resources regarding housing and financial assistance, as well as LGBTQ+ and HIV-related healthcare. Explore your service options here.

The Resilience Project  is an AFC research project that is conducting a survey on how violence impacts the retention of Black gay, bisexual and men who have sex with other men in HIV care. If you're interested, fill out this form.