CHICAGO — Several Illinois-based advocacy groups joined together today to praise the Illinois Department of Insurance for taking a crucial first step in addressing discrimination against transgender Illinoisans in insurance coverage. The groups — the American Civil Liberties Union of Illinois, the AIDS Foundation of Chicago, Lambda Legal and the TransLife Center of Chicago House & Social Service Agency — have a long history of working for the rights of LGBT people and people living with HIV. The groups also share a commitment to ending discrimination against transgender people and advancing parity in transgender people’s access to health care.

There are many other medical procedures and treatments that are covered routinely each day — from surgery to mammograms to Pap smears — for non-transgender people that are often denied to transgender people, even though they are prescribed by a physician as medically-necessary treatment. 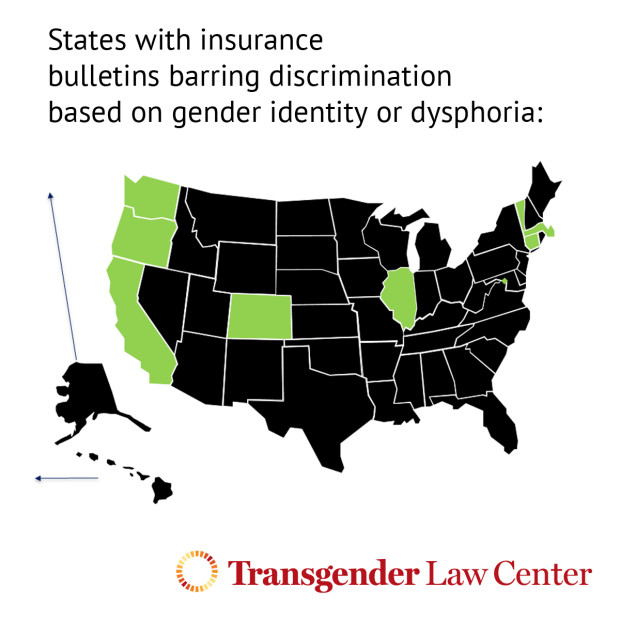 "Denial of healthcare coverage for needed medical treatment is far too common, especially for transgender people," said Owen Daniel-McCarter, Legal Director for the TransLife Center at Chicago House. "Private insurance companies can no longer deny transgender individuals, often through explicit exclusions written into the policies, the medical and mental health care that is routinely provided to non-transgender policy holders. We applaud the state of Illinois for making clear that such denials are a violation of Illinois law."

The bulletin from the Department of Insurance cites three laws that prohibit discrimination against transgender people: the Affordable Care Act, the Illinois Human Rights Act and the Illinois Mental Health Parity Act. The bulletin explains that a plan may not be certified in Illinois (a prerequisite to a plan being marketed and sold in the state) if the plan discriminates against transgender people.

"This guidance helps ensure parity in healthcare coverage, making certain that services such as mental healthcare, cancer screenings and hormone therapy are routinely covered for transgender people when the insurer provides those services to non-transgender policy-holders," said John Peller, Interim President and CEO at the AIDS Foundation of Chicago. "Transgender exclusions have been present in many Illinois health care insurance plans and it’s time for that discrimination to end."

"The lack of access to medically necessary care for transgender people can cause real harm," added John Knight, LGBT Project Director at the ACLU of Illinois. "The AMA, among other prominent medical groups, notes that the failure to provide medically-necessary treatment to transgender people often leads to tragic consequences — including a disproportionate frequency of depression and attempted suicide. The Department's bulletin makes access to these services easier by calling for an end to these discriminatory practices in insurance coverage."

"Up until today, insurance plans often denied coverage for services from the routine to the complex simply on the basis of the individual being transgender," according to Christopher Clark, Counsel for Lambda Legal. "There is simply no justification for these denials. The city and county of San Franci

sco, for example, have provided comprehensive coverage for transgender employees for many years and have seen no discernible increase in costs."

A limited number of private insurance plans currently remain outside of these non-discriminatory protections. The advocates today called on officials in Illinois to take necessary action to ensure that individuals in the state who are covered under these policies do not suffer harmful discrimination.

The organizations noted that it is up to state agencies like the Illinois Department of Insurance to make the promise of non-discrimination contained in law a reality. The group said that the bulletin issued today is a critical step in that direction.

As we commemorate World AIDS Day on December 1st, we remember our loved ones we have lost and honor...
Read more...