Illinois Paves the Way for Organ Donations between HIV-positive Patients 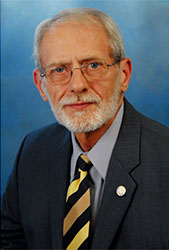 CHICAGO – The AIDS Foundation of Chicago (AFC) applauds the passage of the HOPE Act in the U.S. House of Representatives, lifting the federal ban on HIV-positive organs being donated to HIV-positive recipients. The measure cleared the Senate earlier this year. It now awaits President Obama’s signature before it can become law.

“This is a tremendous victory,” said David Ernesto Munar, AFC’s CEO/President. “We’d like to thank the bipartisan sponsors in both chambers. Their decision today will improve the quality of life for thousands of people.”

Munar also took time to remember the late Rep. Larry McKeon, a member of the Illinois House from 1997 to 2008. “Larry, with AFC’s help, championed this issue in Illinois years ago, bringing large-scale attention to organ donations from people with HIV. This is, in some ways, his work coming full circle.”

McKeon spearheaded the issue on a state level and helped pass House Bill 3857 in both the House and Senate in 2004, making Illinois the first state to expand access to organs for people living with HIV/AIDS. Then-Gov. Rod Blagojevich signed the measure in to law, but it was never implemented because of federal regulations.

“The HOPE Act validates Larry’s work and shows that he was a true visionary,” Munar said. “Even though he has passed, his legacy continues to positively affect people nationwide.”

There are currently more than 100,000 people actively waiting to receive vital organs, and roughly 50,000 more are added to the list annually. By allowing people with HIV to donate organs to other individuals with HIV, doctors could save upwards of 1,000 people per year.

McKeon died from a stroke in 2008 while working in Springfield. He was Illinois’ first openly gay, openly HIV-positive representative.