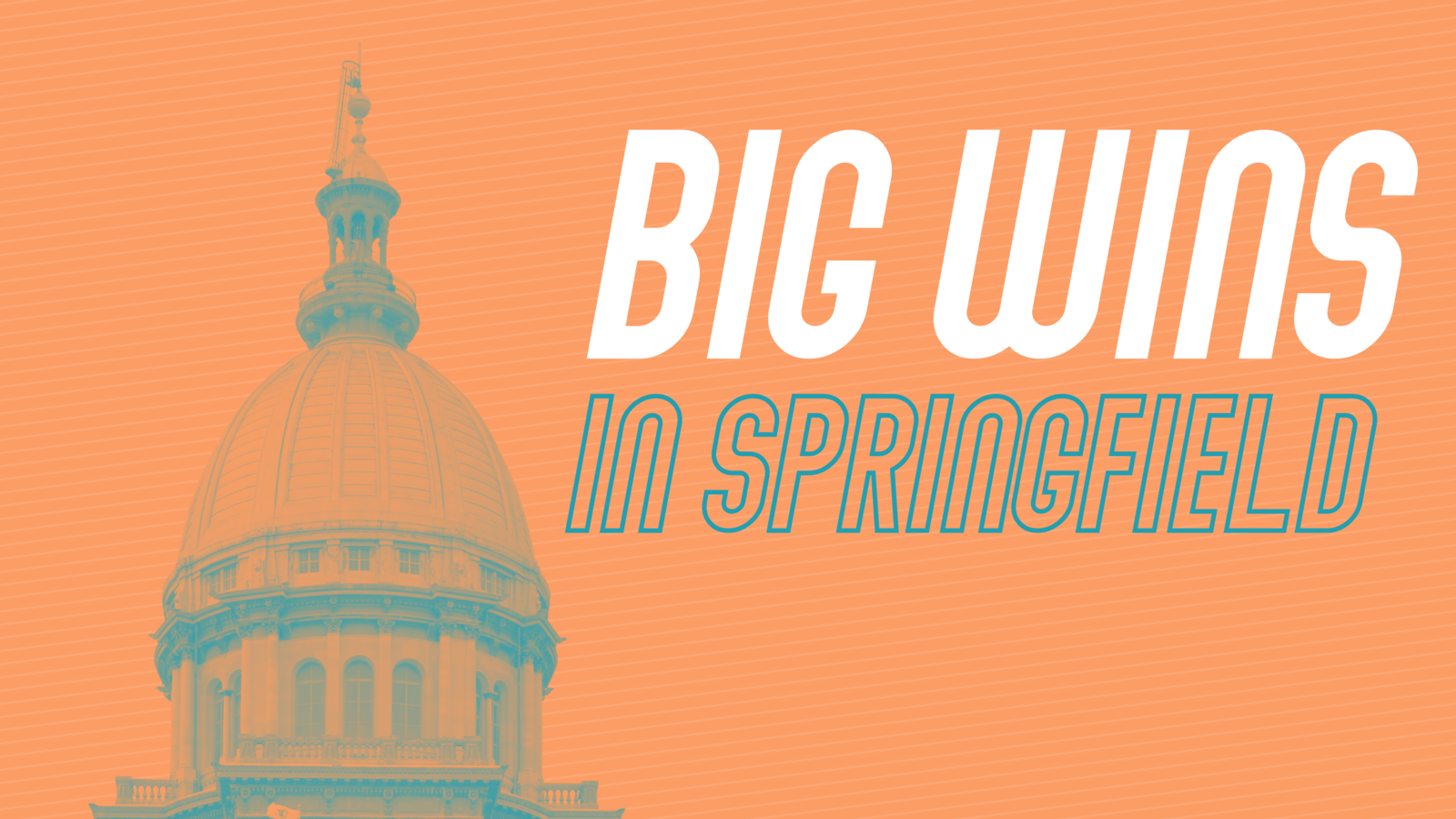 On Sunday, the Illinois General Assembly concluded its spring legislative session in Springfield. This Session, Illinois had a new governor and many new faces in the state legislature tackling some of the most complex and impactful issues in the state.

“AFC is proud to see Illinois take the necessary steps to invest in the services all Illinoisans need to be healthy and thrive,” said John Peller, President/CEO of the AIDS Foundation of Chicago. AFC advocated for the following bills that passed out of both chambers and are currently awaiting Gov. JB Pritzker’s signature:

HB 2259, the Medicaid Drug and Therapeutics Board Transparency Bill, seeks to increase transparency in the decision-making process and makeup of the Medicaid Drug and Therapeutics (D&T) Board, that with the Department of Healthcare and Family Services (HFS), determines the fee-for-service medication formulary in the Illinois Medicaid program. The bill was sponsored by Rep. Sara Feigenholtz (D-Chicago) in the House and Sen. Julie Morrison (D-Deerfield) in the Senate.

HB 2665, the Youth PrEP Bill, aligns Illinois law with federal guidance on a minor’s ability to access preventive health care services, like PrEP, without parental consent. The bill was sponsored by Rep. Lamont Robinson (D-Chicago) in the House and Sen. Robert Peters (D-Chicago) in the Senate.

HB 465, the Copay Accumulator Bill, bans a newer barrier to health care access called copay accumulators and regulates pharmacy benefit managers. Copay accumulator policies are an unfriendly consumer practice where insurance companies don’t count the value of a copay card to an individual’s out-of-pocket costs. Copay assistance programs are critical for people living with HIV and other chronic diseases, as the cost of prescription drugs for these diseases tends to be even higher. The bill was sponsored by Rep. Greg Harris (D-Chicago) in the House and Sen. Andy Manar (D-Bunker Hill) in the Senate.

SB 1321, the Medicaid Omnibus Bill, contains some provisions from AFC’s legislative efforts as part of the Protect Our Care Illinois Coalition (POC) work to address Illinois’ Medicaid eligibility and redetermination backlogs. The omnibus Medicaid bill is a package of proposed fixes to Medicaid that was developed by the bi-partisan, bi-cameral Medicaid Legislative Working Group. The legislation makes some changes to streamline the process of initial Medicaid eligibility determinations and renewals. The bill is an important step towards addressing backlogs and the Coalition looks forward to continuing to work with the Administration, General Assembly, and stakeholders to keep Illinoisans healthy by ensuring continuity of coverage and care.

We also now have a state budget, which estimates $40.3 billion in revenue, roughly $1.4 billion more revenue than the governor’s introduced Fiscal Year 20 budget at $38.9 billion. The final budget contains level appropriations for the HIV lump sum at $25.5 million, HIV services to address the disproportionate impact of HIV/AIDS on African Americans and other communities of color at $1.2 million, and supportive housing at $15.6 million. These budget lines support primary care and HIV prevention, education, housing and treatment services throughout the entire state.

Finally, the Fair Tax amendment will be on the November 2020 ballot, and voters will get a chance to decide whether the Illinois state constitution should be amended to include a Fair Tax.

The Fair Tax would allow low- to middle-income households to pay less in income taxes, while higher-income households would pay a fairer share. 97% of Illinoisans would see no increase in taxes, while only 3% would be required to pay more. The Fair Tax would generate much-needed revenue for critical health and human services across Illinois, including lifesaving services for people living with or vulnerable to HIV.

Governor JB Pritzker, Rep. Cabello, and the Need for Humanity

What you need to know about HIV criminalization in Illinois