The largest and longest running national coalition of community-based HIV/AIDS organizations, AIDS United (AU), is calling for the scale-up of pre-exposure prophylaxis, or PrEP. AIDS Foundation of Chicago (AFC) is a long-standing member of AU’s Public Policy Committee (PPC) and is a local, national and international leader on new HIV prevention technologies, including PrEP.

PrEP, a breakthrough in biomedical HIV prevention, involves a once-daily medication that reduces the risk of HIV infection by upwards of 90%. The PPC and AFC commit to raising awareness of and reducing barriers to a full scale-up of PrEP as a critically important prevention toolfor people at increased vulnerability to HIV infection. 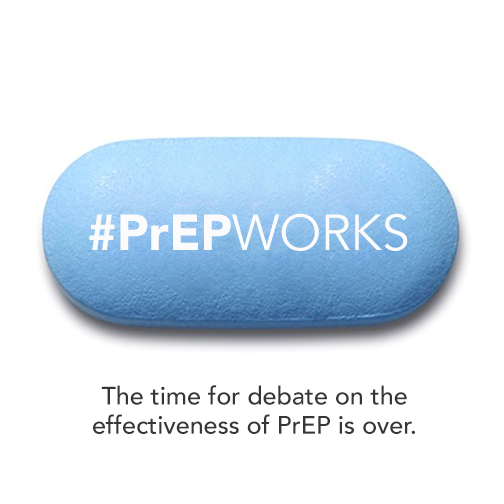 Nov. 23, 2014, marked the four-year anniversary of the iPrEx study — the first randomized, controlled trial that found PrEP effective in reducing HIV infection risk. In July 2012, the Food and Drug Administration (FDA) approved Truvada as PrEP. Earlier this year in May, the Centers for Disease Control (CDC) released clinical guidelines for PrEP.  Preliminary findings from two ongoing studies of PrEP in Europe, PROUD and IPERGAY, bolster the growing evidence for the effectiveness of PrEP. While not appropriate for everyone, it is clear that, when taken as directed, PrEP can significantly reduce new HIV infections. The time for debate on the effectiveness of PrEP is over.

“Our scientific knowledge that PrEP works and is a substantial tool to prevent HIV just keeps getting stronger,” said Michael Kaplan, President and CEO of AIDS United, a nonprofit dedicated to ending the AIDS epidemic in the United States through strategic grant-making, capacity building, formative research and policy. “It’s time to move forward on PrEP. Our task must now be to educate people at risk of HIV infection, leaders and policymakers about PrEP and make PrEP accessible and affordable throughout the United States.”

“The AIDS Foundation of Chicago (AFC) is in full support of efforts to scale-up PrEP and is taking decisive action,” says John Peller, president/CEO of AFC, a member of the PPC that serves the Chicago metropolitan area. “45,000 people become infected with HIV in the U.S. each year — 1,000 from our community. PrEP is an opportunity to reverse that trend.”

While the body of science showing PrEP is strong and continues to grow, it remains unknown and underutilized by the very people most likely to benefit from it. An August 2014 study by the Kaiser Family Foundation found that 80% of gay and bisexual men knew “only a little” or “nothing at all” about this important HIV prevention tool. People most at risk for HIV infection need to have full and accurate information to make an informed decision about PrEP, as well as support access and adherence to the daily medication.

“The results of this study clearly demonstrate the work that needs to be done to educate the American people about the reality of HIV/AIDS in 2014,” said Peller of AFC.

AFC has been a strong supporter of PrEP — and has contributed significant efforts to build awareness and access across Illinois. AFC is collaborating with partners in Chicago and other parts of Illinois to train the HIV workforce on PrEP and to educate communities who might benefit from PrEP. With the Chicago Department of Public Health, AFC has convened a working group of PrEP researchers, providers, advocates and educators to improve PrEP awareness and access, including the creation of PrEP centers of excellence.

“And we are delighted that the Illinois Department of Public Health will soon be launching a special project to help individuals in our state cover the cost of the PrEP medications — a bold and visionary move,” said Peller.

AU PPC members are focusing on how to scale up its appropriate use. Efforts going forward include raising awareness among their constituents of the benefits of PrEP, reducing barriers to access by ensuring insurance coverage and helping the medical community understand who stands to benefit most from this proven prevention tool. At the national level, AU will work do the same by researching barriers to access, developing better ways to message and discuss PrEP, and by advocating that the United States Preventive Services Task Force (USPSTF) review the clinical effectiveness of PrEP.

The PPC invites other AIDS-service organizations and HIV advocates to share their experiences, barriers and perspectives about what will be required to fully scale-up PrEP using the social media hashtag #PrEPWorks.

“While science has proven that PrEP works, individuals need all the facts and support to make decisions that are right for them. AIDS United believes PrEP is another critical tool to prevent new infections. Our PPC member organizations are committed to increasing awareness and working to eliminate barriers to access for all people who could benefit from this important prevention tool. PrEP will be part of ending the HIV/AIDS epidemic — but only if we can implement it widely,” said Kaplan.