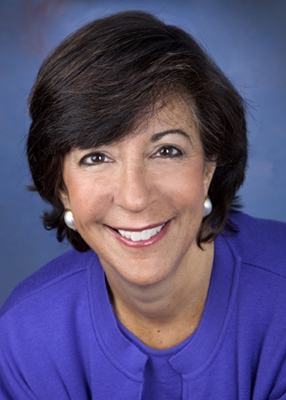 SPRINGFIELD – On May 27, the Illinois House of Representatives voted 63-55 to pass a key measure that will expand Medicaid in 2014 under the Affordable Care Act (ACA). The AIDS Foundation of Chicago (AFC) applauds the House vote and urges lawmakers in the Senate to act swiftly with a concurrence vote before the General Assembly concludes this session on May 31.

The bill (SB 26) first passed the Senate on February 28, but since the House amended it, this legislation needs to return to the Senate before landing on Governor Quinn’s desk.

“I would like to thank Rep. Sara Feigenholtz (D-Chicago, pictured right) for being the chief sponsor of this bill in the House, and for House Speaker Mike Madigan (D-Chicago) for his leadership on this bill,” said John Peller, AFC’s Vice President of Policy, who testified on May 21 before the House Human Services committee in support of SB 26. “Medicaid expansion is one of the key provisions of the ACA. With this vote, we are one step closer to ensuring that nearly everybody with HIV in the state has an opportunity to receive lifesaving medical care.”

SB 26 will allow Illinois to extend Medicaid coverage to adults ages 19 through 64 who earn less than about $16,000 per year, including thousands of individuals living with HIV. Previously, people with HIV had to be totally disabled before they qualified for Medicaid.

“Today’s vote shows Illinois is working hard to fully implement the ACA,” said Ramon Gardenhire, Director of Government Relations for AFC. “Low-income, uninsured people are already accessing emergency rooms, hospitals and clinics across the state, but they’re unable to receive preventive care or medications that will allow them to achieve optimal health. SB 26 is an important step toward transforming our health system by focusing on preventive care.”

“New science provides the tools necessary to effectively treat HIV and make significant headway against the AIDS epidemic in the United States,” said David Ernesto Munar, AFC’s President/CEO. “Research clearly shows that, with early access to treatment like that provided by SB 26, people with HIV stay healthier and have less risk of transmitting the disease.”

Under an expanded Medicaid program, the state would provide health care to 342,000 more Illinoisans who currently don’t qualify for coverage because of income level or health condition. The federal government will pay 100 percent of the cost of coverage for the new Medicaid population for the first three years, then tapering between 2017 and 2020, until it reaches 90 percent. SB 26 will bring an estimated $4.6 billion in new federal spending to Illinois, resulting in tens of thousands of jobs and new economic security for families.

To learn more about the ways health care reform will benefit people with HIV, visit www.HIVHealthReform.org, a partnership between AFC and a number of national organizations.