Meet the new members of AFC’s Board of Directors 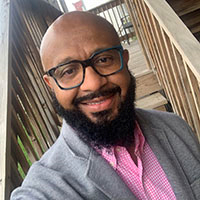 Derrick Kimbrough joined AFC’s Board in 2020. He has worked as a teacher and an administrator in public education for the past 17 years. In his current role, he is responsible for the successful implementation of daily activities, including teacher coaching, program evaluation and school-wide professional learning. He previously worked for a government agency leading community and media relations around environmental issues. He is a member of Toastmasters International and is a doctoral student in the Urban Education Leadership program at the University of Illinois at Chicago. 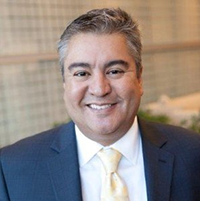 Rick Gutierrez joined AFC’s Board in 2020. He is an IT professional with notable success directing a broad range of corporate IT information security initiatives, including strategic planning, analysis and implementing solutions in support of business objectives. For the last 15 years, he has worked in information security with various companies in the Chicagoland area. He previously served as a management consultant in the health care sector. He is a graduate of DePaul University and recently served as Vice President of its Alumni Association. He also volunteers with Make-a-Wish as a grantor and has spent time on several nonprofit boards, including the Chicago Youth Symphony Orchestra and Esperanza Health Centers. He loves to travel and spend time with his family and friends. 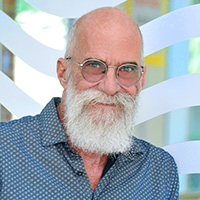 Roy Ferguson joined AFC’s Board in 2020. He installed Quality Control Inspection Systems on high-speed production lines before retiring in 2011 and served in the U.S. Army before being discharged in 1972. He has been living with HIV for 25 years and is an advocate for those living with HIV and aging. Roy was featured in a Chicago Tribune article about HIV and aging in 2015, and he has also shared his expertise for numerous other publications including PA Magazine and HIV Plus. In addition to his advocacy, he is a dedicated volunteer. He has coordinated a self-help group for HIV-positive veterans at the Hines VA for nearly a decade and assisted the Chicago Department of Public Health in overseeing Ryan White CARES Act spending. He also played an active role in the launch of the Getting to Zero Illinois plan, a state-wide initiative to end the HIV epidemic in the state by 2030. His AFC-related advocacy started with Lobby Days, AIDS Watch, and USCA and he is proud to now be continuing his relationship with AFC as a board member.

Want to learn more? Discover the stories of AFC’s full Board of Directors here.

One of AFC’s missions is to continue to amplify the voices of LGBTQ older adults and their experiences...
Read more...