Moral Mondays demonstrations call for a fair budget in IL 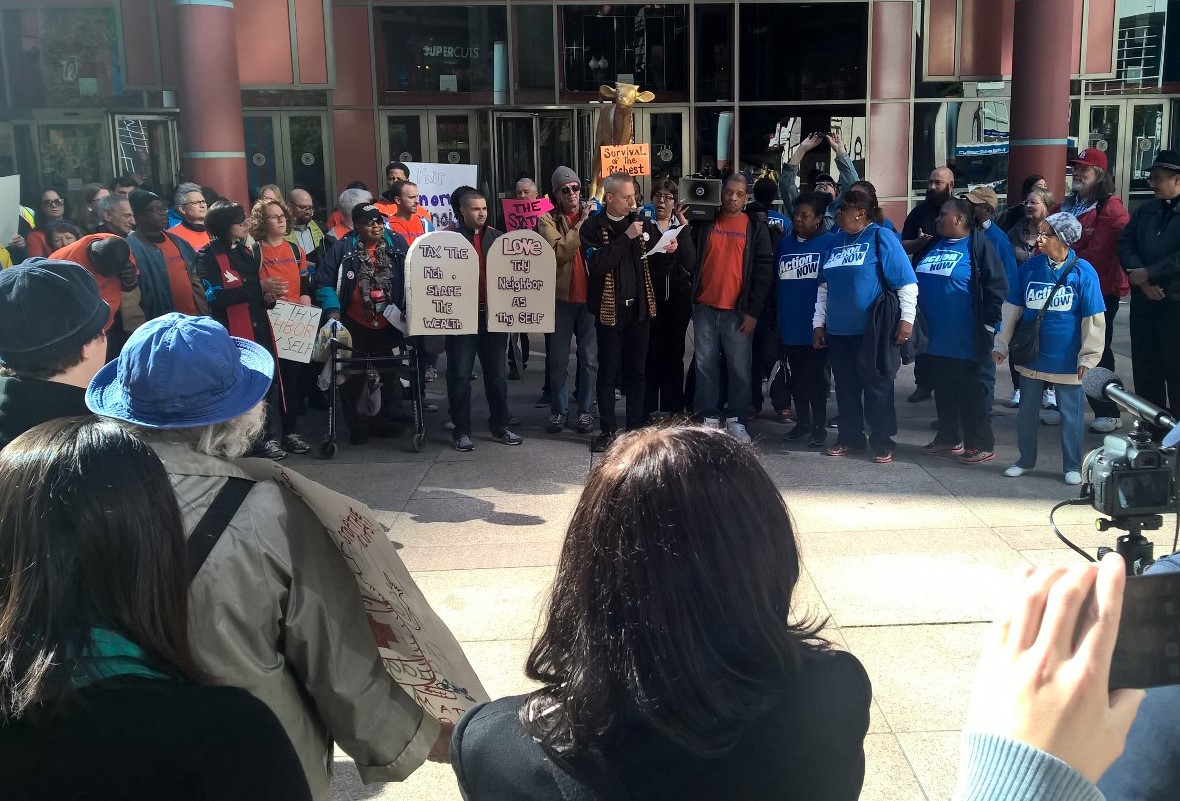 The AIDS Foundation of Chicago (AFC) calls Illinoisans to stand together as one voice to demand that Illinois Pass a Positive Budget and find new sources of revenue to fix our state budget shortfall. Join the AFC, IIRON and other community organizations who are a part of the Responsible Budget Coalition as we gather in downtown Chicago every other Monday for Chicago’s Moral Mondays demonstrations.

As of the beginning of the month, legislators in Springfield missed their deadline to pass a budget that is fair and equitable for all Illinoisans. Due to their failure to compromise and a refusal to consider new revenue as an answer to our state’s fiscal woes, numerous programs and services all over the state are now in jeopardy. This means that the state’s most vulnerable, including those communities at highest risk for HIV infection, may find it harder to continue to receive the care they need or access prevention services in the state.

Don't let this happen! Take action at next week’s Moral Mondays demonstration, Monday, June 15, 10:30 a.m. at the James R. Thompson Center, 100 W. Randolph St.  You can RSVP on the Facebook event page. Also, check out the Moral Mondays Illinois website for more information or follow the movement on Facebook.