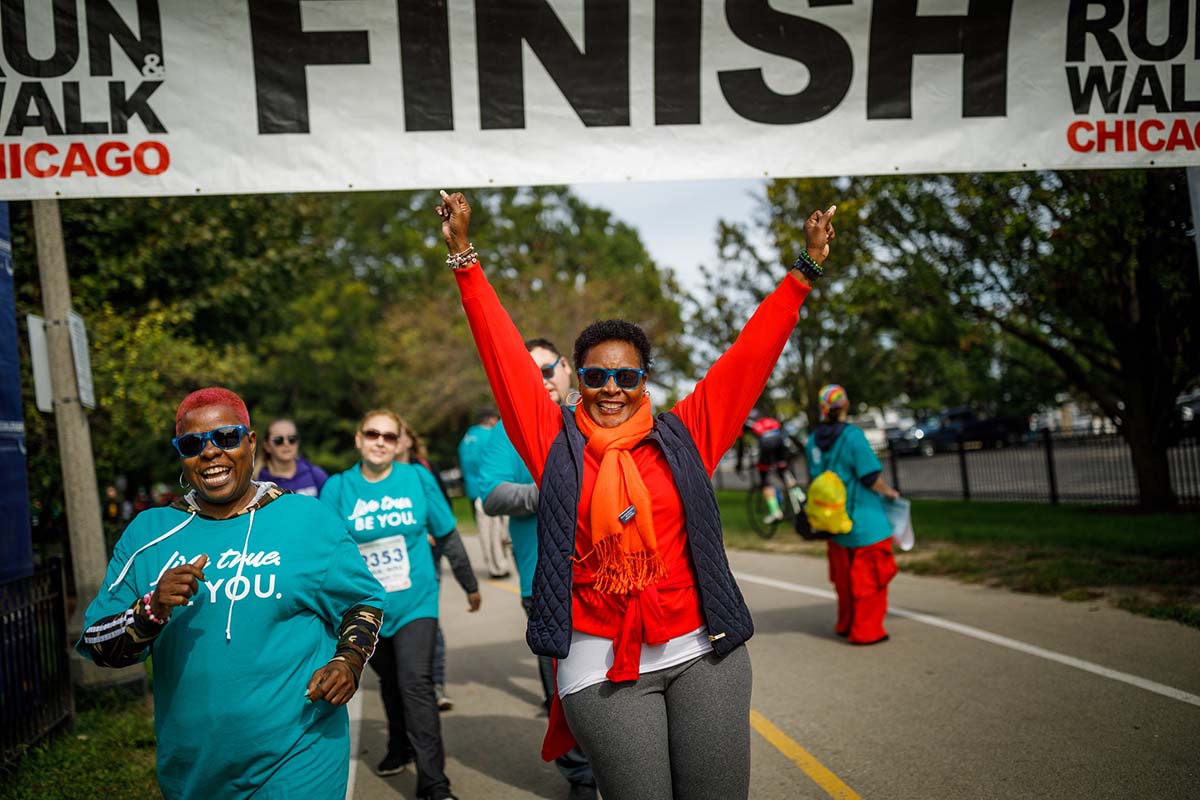 “We want to make sure that the HIV epidemic is no longer able to sustain itself by achieving both HIV prevention and access to care goals,” said AIDS Foundation of Chicago (AFC) President/CEO John Peller in his opening remarks to a crowd of over 2,000 runners, rollers, walkers and volunteers. “We don’t make these advancements toward getting to zero on our own -- we do it when people like you participate, speak up, raise money and take action by speaking out to your elected officials.”

At press time, the event had raised over $440,000 (gross), which will be distributed among 31 organizations that support people living with and vulnerable to HIV and AIDS in the Chicago metropolitan area.

Hundreds of attendees participated in the 5K and 10K runner competition: 5k first place winners (in women’s, men’s and non-binary categories, respectively) were Carly Schuyler, Duane Castaldi and Kody Keckler, and the 10k winners were Noreen Andersen, Ivan Arenas and KT Hawbaker. A full list of participant finish times is available at aidsrunwalk.org.

Funds raised through AIDS Run & Walk Chicago will benefit programs and services for the AIDS Foundation of Chicago and 30 other metropolitan organizations that provide life-saving services to people living with and vulnerable to HIV and AIDS. Since it was established in 2001, AIDS Run & Walk Chicago has netted over $5 million to battle the epidemic.

Fundraising totals for AIDS Run & Walk Chicago will continue to grow as donations will be accepted through Nov. 15. To donate or learn more, visit AIDS Run & Walk on Facebook, aidsrunwalk.org or email runwalk@aidschicago.org.

Around 1,100 guests came together at Revel Fulton Market to celebrate the  AIDS Foundation of Chicago’s...
Read more...

“Today, we have the technology and the knowledge to end AIDS!” AIDS Foundation of Chicago...
Read more...