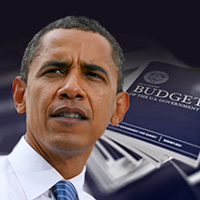 “We applaud the President’s plan to repeal and replace sequestration with manageable budget control provisions,” Munar continued.  “If allowed to move forward, sequestration will pit essential AIDS programs against other vital programs and services for a significantly smaller amount of federal funds.  The impact on the nation’s overall budget would be marginal – but have no doubt, the consequences for low-income Americans would be exceedingly harsh.”

“We thank President Obama for continuing to recognize the importance of the Ryan White Program by providing level funding for most of the program, and a $20 million increase for the AIDS Drug Assistance Program and HIV clinics,” said John Peller, Vice President of Policy.

“The Affordable Care Act will meet the basic HIV health care needs of people with HIV beginning in 2014. And the Ryan White Program will continue to play  a central role by completing ACA coverage with vital services such as housing, food and nutrition, legal services, and case management for highly vulnerable people with HIV.”

Details of the President budget plan include:

The Republican-led House  passed a budget plan earlier this year that would drastically reduce HIV and other safety-net services beginning as early as 2014.  As the House begins review of the President’s requested appropriations, members are likely to call for radically lower funding levels than those sought by the President.

Stay tuned for more information on the federal budget, including ways you can advocate for adequate and appropriate funding for these and other vital services our communities need.