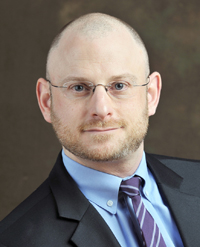 The AIDS Foundation of Chicago (AFC) recently made the difficult decision to oppose legislation that creates a state-federal partnership for operating Illinois’ health insurance marketplace. We base this decision on the poor consumer protections in the bill.

House Bill 3227 (Senate Amendment 2) is backed by our partners, including Campaign for Better Health Care (CBHC), and is sponsored by Sen. Dave Koehler (D-Peoria), a long-time friend of AFC and champion for helping people without insurance access health care. Still, we cannot support it.


The Affordable Care Act (ACA), the new national health care reform program established by President Obama and Congress in 2010, creates online health insurance marketplaces that will allow individuals, families, and small business employees to shop for health coverage. Such marketplaces – which will be comparable to, say, Travelocity for health insurance – are a central component to the success of ACA state implementation. Plans sold on the marketplace will be available to anyone, including people with HIV, regardless of their diagnosis or condition, ending decades of legal discrimination by insurance companies against people with HIV. People earning between about $16,000 and $46,000 will be able to receive subsidies to make premiums and out-of-pocket costs more affordable.

AFC and many other advocates, health care providers, insurance industry officials, brokers, and others believe a state-operated marketplace is best for Illinois. This would allow the state to have the most control over the program and facilitate better coordination with Medicaid, which will cover people earning roughly $16,000 or less.

The ACA will give considerable flexibility to states that operate their own marketplace, allowing them to determine governance and organizational structure, financing, and the ability to establish operational requirements to meet federal standards. These decisions will greatly determine if the marketplace is successful at providing affordable health plans for individuals and small businesses.

HB 3227 would create an Illinois-run marketplace beginning in 2015. The bill created a quasi-government entity to operate the exchange, which would be funded through a tax on the insurance industry.

It’s no secret that the insurance industry has tremendous influence in Springfield. Advocates often joke that consumer-friendly insurance reform bills go to the House and Senate Insurance Committees to die. Moreover, the insurance industry makes significant campaign donations to sitting members of the General Assembly, as detailed in this 2011 State Journal Register article.

The primary reason AFC opposes HB 3227 is that the Illinois General Assembly and its insurance-industry allies would have heavy control over the marketplace. Here are three examples of why this creates an unhealthy system of oversight: 1) the General Assembly would annually approve the budget for the exchange, even though its operating funds are held outside the state treasury; 2) the General Assembly would control even small details, such as the executive director’s salary; and 3) language in the bill limits the exchange’s ability to impose future standards that are more rigorous than the minimums established by the federal government.

We favor an independent marketplace board of directors that includes strong consumer and small business members, not insurance industry representatives. A board with these standards and statewide representation will be vested in making the best decisions for Illinois health insurance consumers.

In addition, AFC is concerned that the marketplace bill has the potential to leave people with HIV vulnerable to health insurance companies. For example, federal law requires insurance plans to contract with “essential community providers,” which include medical clinics funded by the Ryan White Program. This requirement makes sure people with HIV don’t have to switch health care providers and can obtain high-quality HIV care; however, AFC is concerned that health plans might exclude Ryan White Program providers in order to drive away people with HIV—a potentially discriminatory practice.

Moreover, the Illinois bill simply references the federal standards for essential community providers, which are weak and contain no numerical standards:

§ 156.235 Essential community providers. (a) General requirement. (1) A QHP issuer must have a sufficient number and geographic distribution of essential community providers, where available, to ensure reasonable and timely access to a broad range of such providers for low-income, medically underserved individuals in the QHP’s service area, in accordance with the Exchange’s network adequacy standards. (45 CFR 156.235)

Under the federal-state partnership marketplace that will roll out in 2014, a different set of federal rules requires that plans contract with at least 20 percent of essential community providers in their service area. If they cannot meet that standard, they must submit a written statement, explaining their shortcoming and how they will make sure the network is adequate (see page 7 of this letter to issuers on federally-facilitated and state partnership exchanges). Although we earlier argued that this provision is also weak, we think the specific 20 percent requirement is better than the federal requirement Illinois would follow under HB 3227.

HB 3227 passed the Senate Insurance Committee on May 9 by a vote of eight to five. Tellingly, the Illinois Governor’s Office position was “neutral,” meaning they neither supported nor opposed the bill. The bill awaits a vote in the full Senate, and then must proceed to the House. It’s too soon to predict if the measure will advance in the House by the end of the session on May 31.

Meanwhile, the marketplace, run by the state-federal government, will begin enrolling Illinoisans beginning on October 1, 2013, for coverage starting January 1, 2014.

If HB 3227 does become law, AFC will work to influence regulations to favor consumers, and of course, we will advocate in future General Assembly sessions to improve the law for people with HIV, as well as other vulnerable populations.