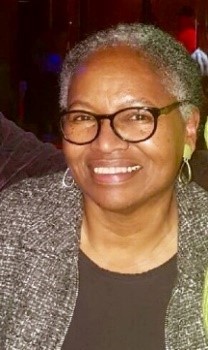 When I agreed to write a post about Dr. Mildred Williamson, who most recently served as the Executive Director of HIV Services at Ruth M. Rothstein's CORE Center, I thought this would center Mildred ’s career — the accomplishments, metrics and awards. And let’s be clear, she’s got all of those. But as I started talking with Mildred and her colleagues from years past, I realized that her legacy isn’t confined by the ways she fulfilled and exceeded at her job. Her legacy is the humanity she brought to the job itself.

Mildred was born and raised on the South Side of Chicago, where her love of people and justice bloomed.

“Social justice has always been my grounding,” Mildred said.

She became deeply involved in social justice movements at age 13, campaigning and marching alongside others with the same heart as hers: a heart for people and a hope that they would be treated as such.

Mildred decided early on to pursue a career in social work and got experience working at various nonprofits around the city before eventually starting her master's program at the School of Social Service Administration at the University of Chicago. Though her initial interest was in maternal health, through various internships she started learning more about mother and child HIV transmissions, which piqued her interest. As graduation approached and the HIV epidemic started rising, she applied for a job at Cook County Hospital in their general HIV program.

“I found that every element of injustice, everything that I cared about, was and is so clearly represented in this epidemic,” Mildred said. “Everything is about an equity lens. That’s what was important to me: horizontal equity in the places I worked. We all bring our strengths and experiences into this work. We all bring value. That’s how we move forward.”

There's a noticeable difference in the way Mildred interacts and cares for those around her. AIDS Foundation Chicago (AFC)’s Chief Programs Officer, Simone Koehlinger, spoke about her first time working with Mildred.

“There’s something about Mildred where she makes everyone around her feel that they are welcomed and they have a voice,” Simone said. “She has time for everybody.”

That seems to be the magic of Mildred: Her presence doesn’t intimidate or hoard power; it permits others to tap into theirs.

Ariq Cabbler, Executive Director at Brothers Health Collective, said that Mildred was simply “a game changer.” Most people know while at the Illinois Department of Public Health Mildred led one of the biggest HIV sections in the country. Many remember that she ensured that thousands of people living with HIV were able to get medications through the state’s drug assistance program. And others will recall her leadership of multiple community groups throughout the years. But for Mildred, it wasn’t about redefining a field. Mildred simply wanted to advance health equity and social justice.

When thinking about the road ahead to end the HIV epidemic, Mildred advises the next generation to go back to the basics.

“People are not getting what they need to thrive in society,” Mildred said. “The major interventions we invest in have to tackle the basic elements of what it means to be a human being: food, shelter, safety, education, et cetera. The goal is for our work and for policy to prevent poverty and suffering altogether, not merely help people cope with it.”

When you mention Mildred in conversation, people smile. It’s clear she was more than just a colleague or a boss. She was a friend and endless source of inspiration for many. Though she’s now retired, you are likely to still see Mildred in public health spaces. She hopes to consult when possible and, ultimately, reconnect with her original love of grassroot campaigning.

Kennedy Brookins earned her Master's in Social Work from the School of Social Service Administration with a focus on clinical interventions. She currently serves as the Community Outreach and Education Specialist for Getting to Zero Illinois (GTZ-IL).

Categorized under Case management, Illinois and Inside Story.

by Raven Feagins Michelle Hennigan is a compassionate mother of one who lives in the small village...
Read more...