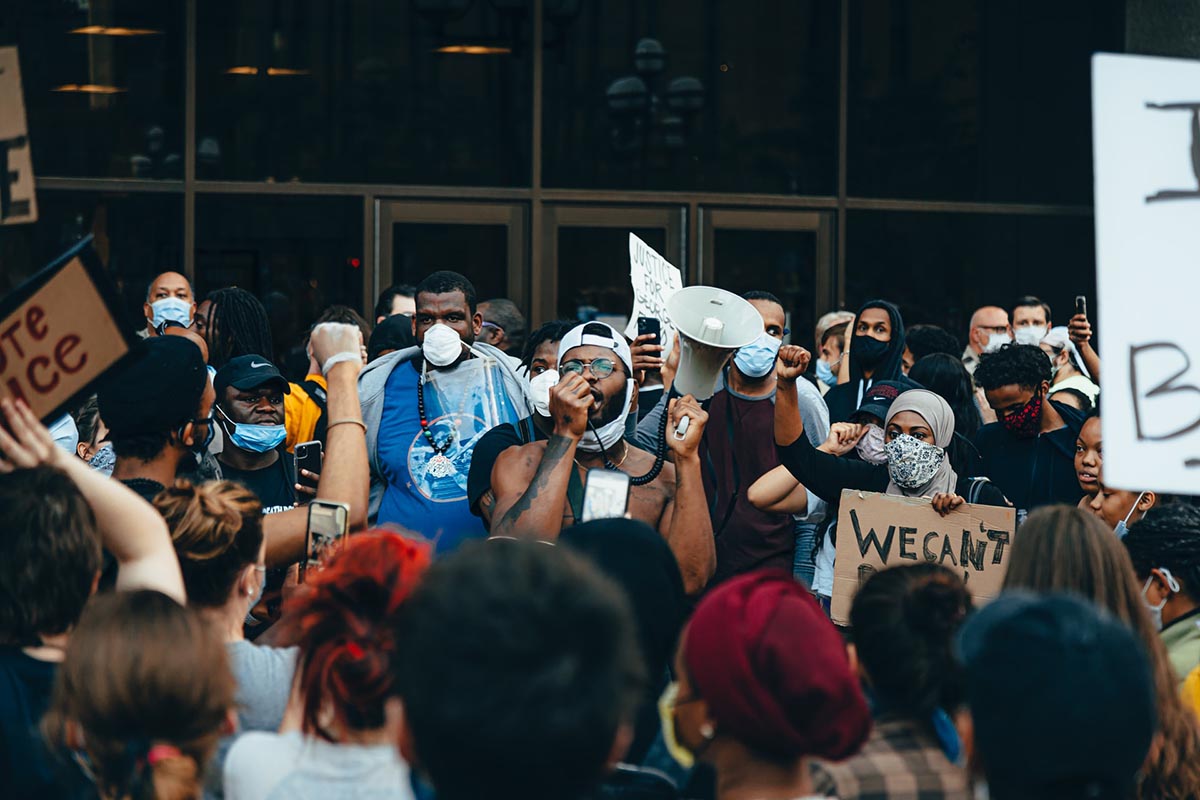 Like so many of you, I am reeling after the last week and this weekend. WE ARE NOT OK. Our country, our city and many of us are not OK. In fact, chances are great that Black colleagues and friends are traumatized and exhausted.

Due to instigation, provocation, and militarized law enforcement responses, many of this weekend's peaceful protests meant to honor George Floyd's life and demand an end to racist police murders turned violent in cities across America. AIDS Foundation Chicago (AFC) is in solidarity with those who protest and otherwise raise their voices against the racist systems that allowed George Floyd, Tony McDade, Breonna Taylor, Nina Pop, Sean Reed, Ahmaud Arbery, and so many other Black people to die at the hands of police officers and white supremacists.

Many have used the damage to property as a way to detract from the meaning of these protests and to distract themselves from the truth we must reckon with: Injustice has been committed against our Black neighbors for far too long. Even this weekend, too many decisions were made by police officers and city leadership to disrupt demands for justice - including physically assaulting protesters, attempting to disappear people who were arrested, and trapping people in the Loop while also setting a curfew. I urge Mayor Lightfoot to denounce the militarized and violent response of law enforcement, lift the restrictions on CTA transit, and ensure that any curfews or other restrictions are implemented throughout the city - not just on the South and West Sides. Black people shouldn't be harassed, tazed, beaten, arrested or worse for speaking out against systemic racism, trying to get home, or for going about their daily lives. Chicago must not become a police state - especially in response to demonstrations condemning state-sanctioned violence at the hands of law enforcement. Doing so would throw gasoline onto an already incendiary situation.

And there is a reason why this situation is so contentious. The uprisings we are seeing are a result of the violence that Black people have faced on this continent since the Trans-Atlantic Slave Trade. This is a country where Black people must question if the people tasked with protecting them will do so. This is a nation where Black parents must question expanding their families, knowing that childhood is not a shield from anti-Black violence. This is a democracy that Black people built, though it does not seem to cover my Black siblings the same way it covers me.

As a white person, I am often at a loss for words when I see racism. I'm afraid I'll say something wrong. But this is not a moment to 'say nothing.' White people, join with me in not only saying that Black Lives Matter, but also in examining our unconscious biases and actions that run counter to this statement. Tell your Black friends, loved ones, and family you know they are hurting, without demanding any particular response, and without condemning responses that you may think are "too" anything.  Black people are not being too loud, too angry, or too demanding - they are responding to centuries of racism that is ingrained in every part of this nation. The distress, rage, sadness, and fear they bottle up every day is both visible and theirs to own and express. Acknowledge their pain without policing their tone or behavior.

This is also a moment for white-led nonprofit organizations to be vocal in our solidarity and intentional in our actions in support of Black communities. Especially when much of our work must center Black people to truly achieve our missions.

The protests of the last week have also reminded me of the privilege I have as a white person.  I can walk down the street or, lie in my bed without being worried I'll be shot. I can bird-watch, drive my car or go for a jog without fear - all things that Black people must consider. Every day.

I ask that we take time today and this week to grieve and care for one another. We are not OK, and we will not be OK for some time to come.

In compassion and solidarity,

P.S.: If you are someone living with or vulnerable to HIV, and in need of mental health services, emergency food, assistance with paying rent, medical care and other needs, call 844-HUB-4040 or learn more here.

Photo by Josh Hild on Unsplash

Over a year into the pandemic, equitable progress has not been made to address the racial disparities...
Read more...

The Trump Administration is trying once again to take away our health care — this time with another...
Read more...