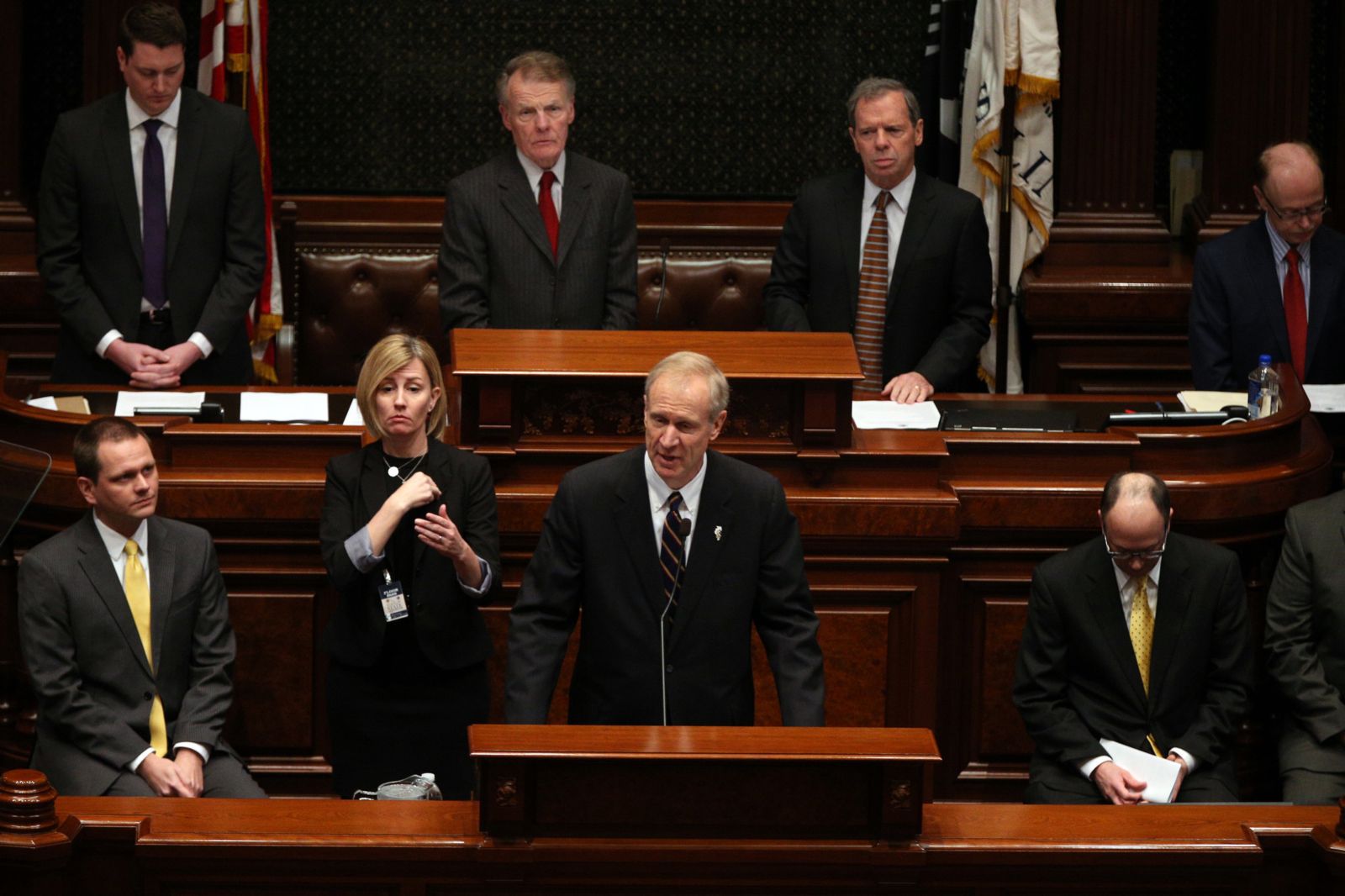 In his annual State of the State address, Gov. Bruce Rauner talked about a myriad of policy initiatives, from worker’s comp and pension reform to economic development and term limits that he claims will improve the quality of life for all Illinoisans and make the state both “compassionate and competitive.”

Gov. Rauner didn’t address the human suffering playing out across the state as the seven-month budget impasse between himself and the General Assembly continues to devastate the social service sector, ripping holes in the safety net that serves the needs of the state’s most vulnerable citizens. Just last week, Lutheran Social Services of Illinois (LSSI), the largest statewide provider of social services, announced program closures and staff cuts due to the state’s inability to pay its bills. In all, more than 30 programs are closing, and more than 750 positions are being eliminated – 43 percent of LSSI’s total employees. These closures mean that nearly 4,700 people will no longer receive vital services, including seniors who need home care.

2. A plan that supports people living with HIV

How can the governor claim to be committed to improving the lives of all Illinoisans when his budget cuts are hurting nonprofit human services and providers? His actions are undermining HIV/AIDS programs like the Pediatric AIDS Chicago Prevention Initiative (PACPI), which works with medical providers statewide to ensure that pregnant women who are HIV-positive deliver HIV-negative babies. The 16-year-old program stands to lose $500,000 in state funding but saves the state $35 million a year, will have to close its doors by October if the state fails to pass a responsible budget. The result could very well be an increase in the number of babies in Illinois born with HIV, the virus that causes AIDS.

Rauner’s proposed budget for FY 2016 also cut funding for PrEP4Illinois, a program aimed at increasing access to pre-exposure prophylaxis (PrEP) to help HIV-negative people remain uninfected. PrEP is a once a day HIV prevention pill that is up to 99% effective when taken consistently. Many HIV activists, service organization leaders and medical professionals remain disappointed and angry at this lack of commitment to ending AIDS in Illinois.

Gov. Rauner spoke of using “mutual respect” to move the state forward, but what’s needed is compromise. His “transformation” and “turnaround” agenda fails to improve public health and bolster effective prevention and treatment programs. In a United Way of Illinois survey of human service agencies in every state county that receives state funding, 85% of respondents reported cutting the number of clients they serve, up from 34% in July 2015. This is not the way forward for Illinois.