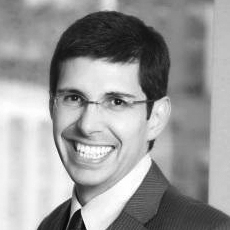 CEO/President of the AIDS Foundation of Chicago

With a dizzying array of talks, sessions and activities for 24,000 participants, the 19th International AIDS Conference offered participants new information, analyses and research findings to fortify effective global and domestic responses to the HIV/AIDS epidemic.

Keeping up with it all was downright impossible (though both fun and inspiring to attempt.)

Here are my “ah-ha” moments gleaned from what I could attend of the nearly 500 concurrent sessions and additional cultural activities during the conference.

This list is by no means exhaustive or comprehensive:

In a new research paper, Holtgrave argues that a sizable investment is needed to boost the number of HIV-positive people who are diagnosed and linked to clinical care in order to achieve a 25 percent reduction in annual HIV transmissions. His analysis shows that a $13 billion to $17 billion increase is needed from now until 2015 to reach the Strategy’s targets.  While the health reform law is likely to finance the greatest portion of these costs, an estimated $1.2 billion annually (for at least three years) must be raised by public and/or private resources (new or redirected) for HIV prevention services, including testing and prevention-with-positive interventions. With an average lifetime cost of HIV clinical care of $300,000, any increased investment to avert new infections is cost-effective.  The most cost-effective mix of strategies, however, would focus on expanded HIV testing, clinical care linkage and retention, housing and prevention-with-positive services.

Time is of the essence. Federal appropriations for fiscal year 2013 will determine levels of HIV funding for the following two years, Holtgrave said. We need to ramp up investment in HIV services through new or re-programmed monies or we won't make the goals outlined in the National HIV/AIDS Strategy, he said.

In short, greater public/private investment is needed to meet the goals of the National HIV/AIDS Strategy, which of course, will save taxpayer money in the long run. Unfortunately, the outlook does not look rosy in terms of new investments given the looming cuts and political climate of austerity in the U.S. (more on this further down).

2.   Come Out! – In a rousing plenary address, Phill Wilson of the Black AIDS Institute made a unique call for more effective results in the AIDS fight in the U.S.: He urged HIV-positive people to come out of the closet about their status.

Wilson acknowledged that not everyone can afford to do so nor is everyone emotionally equipped for public disclosure.  However, the more people with HIV are known and recognized as whole human beings, stigmatizing attitudes and beliefs are more likely to diminish.  Given the longstanding need to safeguard HIV confidentiality, Wilson’s call was significant and noteworthy. It also reflects my own belief that openness about my HIV-positive status -- wherever feasible -- will empower others in the community.

3.   HIV in Black Gay/Bi Men:  During the conference, an illuminating, if disturbing, study was presented that gives us a deeper understanding of the HIV crisis among African-American gay men and other men who have sex with men (MSM). The study, known as HPTN 061, found that the rate of new HIV transmission among African-American MSM is 50 percent higher than white gay and other MSM. In young black gay and other MSM, the rate was three times the rate for white MSM of the same age. This doesn’t mean that black men are engaging in riskier behavior, the study said. In fact, the study found the disparity to be a result of social determinants such community viral load, poverty, education and access to health care.

In other words, we can talk about treatment as prevention as much as we want, but until we address the social roots of the HIV/AIDS epidemic, we will not prevail in this fight.

4.   Syndemics – At an AFC-sponsored satellite session, Dr. Ron Stall, of University of Pittsburgh presented data showing that multiple epidemics among gay men — including childhood sexual abuse, homophobic violence and related trauma — correlate with increased rates of depression, substance use, sexual compulsive behavior and intimate partner violence.  Gay men affected by two or more psychosocial health problems experience statistically significant increases in sexual risk-taking and HIV acquisition.  Conversely, resolving internalized homophobia over time can reduce the number of psychosocial health problems and help individuals’ build health- promoting behaviors.  Remarking on the data, Dr. Keith Rawling noted that many of his patients who are now medically stabilized as a result of antiretroviral therapy experience a resurgence of challenges related to childhood trauma that might have been temporarily eclipsed as they prepared to die of HIV/AIDS.  These unresolved issues may also help explain the increased infection among MSM of all ages.

5.   Criminalization – Hundreds of Americans have been arraigned on charges of alleged nondisclosure of HIV status or transmission of HIV and many have served time in jail – most often in cases where HIV was not transmitted. Though laws vary by state, there are currently 33 states that criminalize HIV exposure, according to the Centers for Disease Control and Prevention. Twelve states have HIV statutes that include biting and spitting – even though it has been proven those rude behaviors present no risk in HIV transmission. HIV advocates and legal experts are trying to get these laws off the books, saying they do far more harm than good. The laws deliberately discriminate against a specific group of people, they lead to innocent people serving jail time, and are often based on an outdated understanding of how HIV is transmitted.

Learn more about the national movement to repeal the laws at the Positive Justice Project website. And read up on how the AIDS Foundation of Chicago worked to amend Illinois' HIV criminalization law in the last legislative session.

6.   Blueprint for an AIDS-free generation – In her plenary address, Secretary of State Hillary Clinton reaffirmed the U.S. commitment to achieve an AIDS-free generation, which she characterized as virtually no new mother-to-child HIV transmissions by 2015.  Where they do occur, infants and their family members would have access to high quality care and treatment to better manage the disease.  Clinton committed the Department of State to develop a “roadmap for an AIDS-free generation” by World AIDS Day 2012.  It will further illuminate the measures of success and steps to attain them.  The experience of federal officials leading efforts to draft and implement the National HIV/AIDS Strategy clearly influenced its commitment on a more intentional and targeted blueprint for an AIDS-free generation.  For advocates, such a blueprint is a chance to ensure the government learns from areas where the Strategy has not been as successful as originally hoped.

David Ernesto Munar, AFC's president/CEO, participates in the We Can End AIDS rally in Washington, D.C., during the International AIDS Conference.

7.  Hiding within our midst: Researchers from around the world dared to say the “c” word.  Though long forbidden from such meetings, a “cure” has re-emerged as a topic of serious scientific inquiry and debate.  Experts readily admit that the road ahead is difficult.  Nonetheless, new exciting lines of investigation are making it possible to dream of controlling the AIDS crisis at its core.  Virologists are researching two potential paths: eradication strategies (also known as “sterilizing cure”) that could safely flush all stains of the virus from a person’s body, and a “functional cure” or remission, which would achieve long-term viral suppression.

Confounding the hunt for a cure is HIV’s ability to “hide in a resting state, not replicating and therefore impervious to traditional ARVs, in reservoirs such as genitals or gut tissue,” POZ.com reports.  These sleeper cells reawaken in the absence of ARV therapy and renew replication, which is why lifetime therapy remains the standard of care.  Investigators are researching ways to make therapy more effective in stopping viral replication, by activating and eliminating these sleeper cells with ARVs, and exploring vaccines or gene-therapy to strengthen the body’s immune response to effectively control HIV on its own.

8.   Ongoing funding challenges: On the policy front, another lurking threat poses grave harm to the global and domestic HIV services infrastructure.   Draconian across-the-board federal funding cuts, known as sequestration, loom on the horizon in 2013 unless Congress takes act to stop them.  In January 2013, tens of billions of dollars in across-the-board federal funding cuts are scheduled to occur as a result of the 10-year deficit reduction agreement President Obama and Congress brokered in 2011.  That law put in place a deficit reduction “supercommittee,” empowered to negotiate federal spending reductions in the decade ahead.  The law triggers the “sequestration” or reduction of funds to virtually every branch of the federal government (exempting Social Security and Medicare/Medicaid but not defense) if the committee failed to reach agreement, as it did in November.

Destabilizing cuts to HIV prevention, care, research, housing and other vital domestic and global HIV/AIDS programs will be hard to avoid if federal departments and agencies are forced to relinquish up to 10 percent of their budgets.  Not only are bold plans toward an AIDS-free generation on the line, but other aspirational goals such as full implementation of health care reform, and even nationwide economic stabilization (and recovery to our struggling states and localities), may be jeopardized.  Indeed, many economists warn the nation may spiral back into recession from deep reductions in federal spending coupled by scheduled tax increases and unemployment subsidies due to expire.  This perfect storm is another reminder that the fight against HIV/AIDS occurs in the context of many other societal problems and challenges.

On a personal note, the week’s events reminded me that the aspiration for an AIDS-free generation is not the same as an HIV-free generation.  While we have sufficient technological know-how to dramatically curb new HIV infections and improve the lives and longevity of those affected, ending the epidemic is a much bolder and more difficult enterprise.  As described above, the research agenda towards a cure is making gains but much work remains to be done.  Maximizing results in the AIDS fight will require tremendous fortitude, leadership and investment.  Of course the rewards — measured as lives saved, productivity gained and health expenditures averted — warrant a more robust, dedicated response.   In a world with many competing demands for our time, attention and resources, it will not be an easy sell.  This is why our collective responses must be augmented by well-honed and tested persuasion strategies.  Without broader public support, the needed political and financial leadership is unlikely to materialize.

But not all hope is lost.  The week’s events put on display the many brilliant, diverse individuals from an array of disciplines, nations and backgrounds, all dedicated to championing the cause.

In fact, for a weary AIDS activist such as myself, it was downright rejuvenating to be among such an inspirational group of people.  If any group can get the work done, or shake things up trying, it’s this motley crew of change agents.