A Catalyst for HIV Prevention Justice 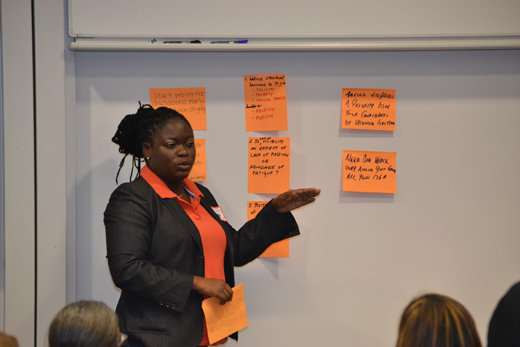 Pat Kelly, an African-American woman from New York, found out she was HIV-positive 26 years ago.

Now, she leads an HIV/AIDS outreach program through her church in Orangeburg, S.C. She doesn't get paid for her work, but she's determined to make a difference as an HIV-positive woman and as a "conqueror of the disease."

"I knew I had to come here and get this information and take it back to my community," said Kelly, at the University of Chicago Gleacher Center yesterday. "There are so many injustices. And we're going to make change!"

Kelly was one of about 50 participants who traveled from all over the country to tackle weighty issues of social justice at the inaugural HIV Prevention Justice Leadership Assembly. The goal was to hone in on the most critical structural and social issues driving the HIV/AIDS epidemic and to brainstorm effective ways to overcome those challenges.The assembly would shape the advocacy and mobilization of the 13,000-member HIV Prevention Justice Alliance network for the coming year.

"This group could possibly be the catalyst to bring people together from different backgrounds to work on prevention justice issues," said Hadiyah Charles, a community organizer from Brooklyn, N.Y., who serves on the alliance's steering committee.

The group broke off into small "world cafe" discussion groups to answer the question: "What are three conversations we could have today to elevate our efforts and create new possibilities for the future of HIV prevention justice?"

The answers were as varied as the group itself but there were common themes. Many people felt the need to re-engage the public with the HIV/AIDS cause, possibly by returning to activism roots and linking to the Occupy Wall Street movement. HIV/AIDS had largely fallen off the front page and its advocates noticed a flagging level of passion in recent years.

"We need to have one voice," Charles said, pointing out that there were too many splintered groups to have a consistent message for change.

There needs to be more advocacy for funding domestic HIV/AIDS programs, in addition to the services overseas, said BJ Cavnor, public policy coordinator for the Cascade AIDS Project in Portland, Ore.

"This is not a political issue," Cavnor said. "This is a medical issue."

Many of the social issues that effectively perpetuate the HIV/AIDS epidemic are interrelated -- such as quality education, stigma, housing, mental health, substance abuse and incarceration, said Bhuttu Mathews, disability resource coordinator for Access Living in Chicago.

Mathews, who has lived with HIV since 2004, said it was important to "honestly tackle the causes of HIV."

"People seem to forget that HIV has not gone away," he said. "It still kills people." 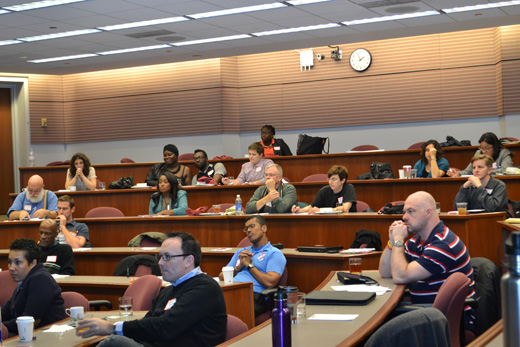