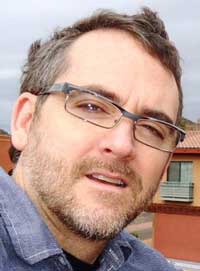 Jim Pickett is a one-man example of the blurring lines in HIV prevention. The longtime advocate became an early champion of rectal microbicide research as one of the founders of International Rectal Microbicide Advocates (IRMA), but is quite fluent in the language of vaginal rings and contraception. He's now logged many hours in the world of PrEP (pre-exposure prophylaxis), from on-the-ground demonstration projects of Truvada (a coformulation of the antiretrovirals tenofovir and emtricitabine) to interest in the early research on long-acting injectables. And as a gay man living with HIV, he's deeply immersed in the realities of sexual health and human rights that can affect the perception, reach and use of HIV prevention. As one of the planners of the first HIV Research for Prevention (HIV R4P) conference, coming up in South Africa, Pickett was packing his bags to join other crosscutting prevention researchers and advocates when he took a few minutes to talk with TheBodyPRO.com about why he thinks this conference could float all the boats of prevention technology.

I'm talking with Jim Pickett of International Rectal Microbicide Advocates and AIDS Foundation of Chicago. You're about to get on a plane and fly to South Africa. Where are you off to, and why?

It does sound exciting. Why is it important to have a unified conference?

Read the rest of the interview here.