A different type of homeless

The AIDS Foundation of Chicago's Corrections Case Management program aims to support detainees living with HIV as they transition from incarceration, providing them with case managers to help connect them to care and housing. Darlene Davis divulges her experiences with incarceration and HIV, explaining the impact of her corrections case manager. 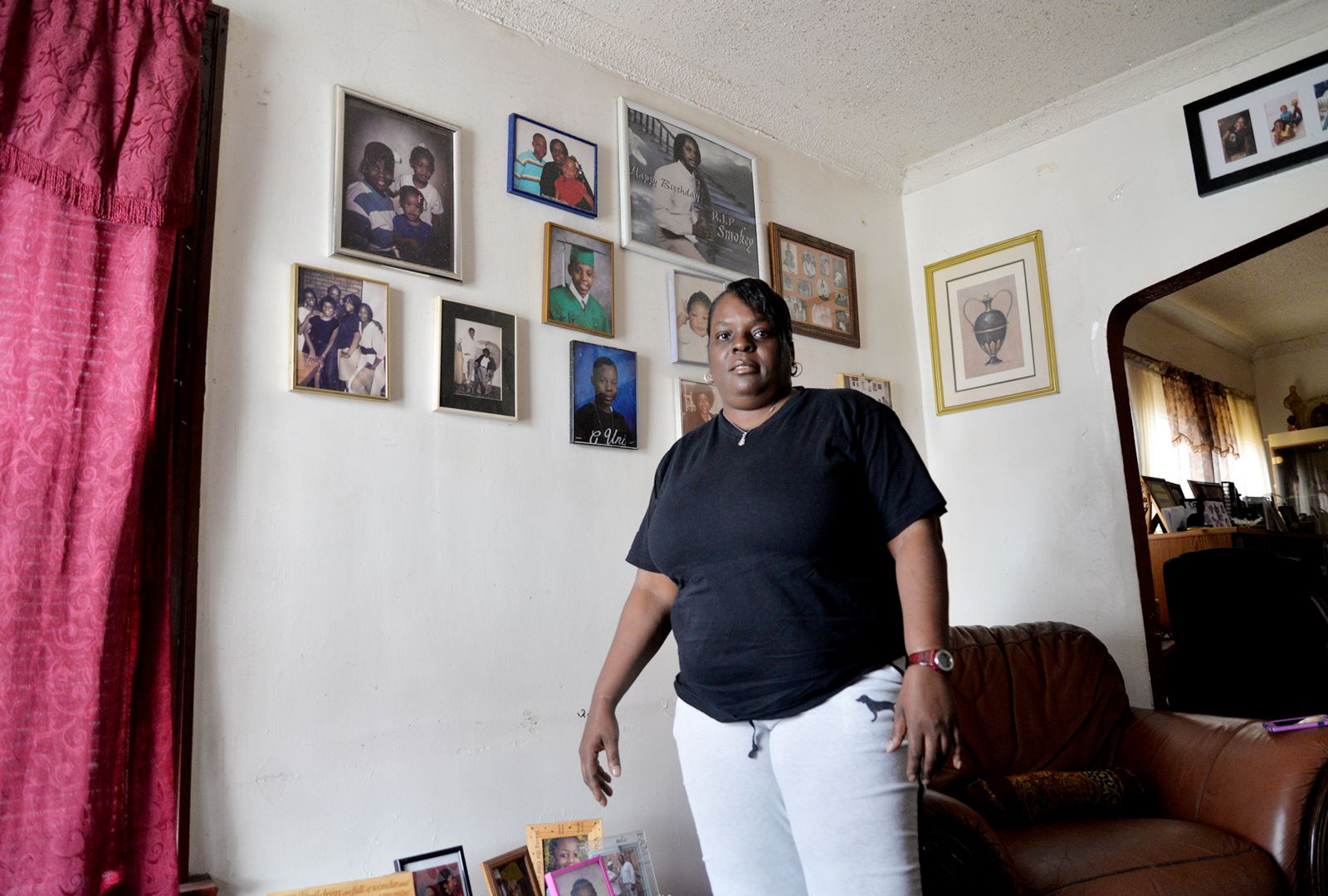 What does homelessness look like? Cardboard signs and a worn paper cup? Torn clothing? Carts filled with newspapers and plastic bags? Alone and without community? Darlene Davis' life resembles none of these descriptions. She is often surrounded by family members and noise. She is a mother to four children, grandmother to six going on eight grandchildren, aunt to seemingly countless nieces and nephews. She has a bedroom, clothing and food. She lives in her mother's house, a cute, single-family home in Auburn Gresham.

Davis is grateful for her family and the shelter they provide, but she still considers herself homeless. For not every room brings comfort, not every house is a home.

"The fast money, the lifestyle had me."

In April 2012, Davis was arrested. "I was selling drugs when I went to prison," Davis said simply. Though she had been to the penitentiary twice before, Davis admits that selling drugs still seemed like one of the most efficient ways to make money. "The fast money, the lifestyle had me," she acknowledged. "When you're living it, things go quickly; you can get what you want, and you don't have to ask anyone for anything." Each time she was released from prison, she continued dealing drugs because she believed it was "what she did best."

When Davis was arrested in 2012, though, she saw an opportunity to change her life. "The last time that I got locked up, I said this was it for me—ain't no way I'm going to come out and start doing the same thing. At first when I was going through my addiction, it was kind of hard, because nobody can tell you when to stop using. It has to be up to you. But I worked hard and stayed in groups while I was in prison."

Davis was determined, and she used her time in prison to focus on her own well-being. While avoiding any unnecessary conflict with other detainees, Davis spent her time focusing on her group sessions and a GED course. She made connections with other detainees as well as some staff, and she received support from them as she worked to learn and grow. "There was always someone to talk to, like the teacher or doctor or my roommates. We became close, and that was really helpful. I stayed away from the negative." 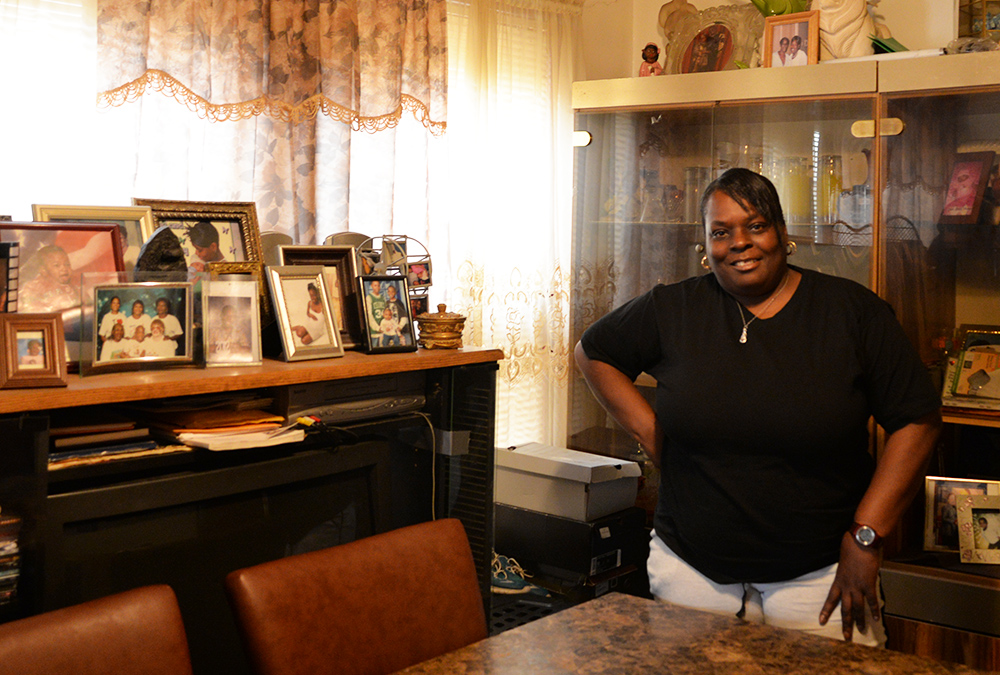 "I thank God for my mom, because most people come out and don’t have anywhere to go."

Upon her release, Davis says that her family's support was one of her greatest assets. Many detainees have nowhere to go when they are released and are therefore shuttled into rehabilitation centers or shelters. Davis is grateful that her family, particularly her mother, allowed her to move into their home, granting her more independence than she would have otherwise had. "I thank God for my mom, because most people come out and don’t have anywhere to go. But she gave me a place to stay, to eat, and helped me get myself back together."

Davis understands how rare such unconditional support really is, especially for people living with HIV, and she believes her family's unwavering commitment to her well-being is notable. "Some of the support groups I go to are used to talk about how people get treated because they're HIV-positive," Davis begins.

"Some people talk about how they have to use their own cup, plate, spoon at home because they're HIV-positive. They call it something ... stigma."

Though Davis has experienced stigma in other aspects of her life, she says that her family has remained steady. When she was diagnosed, one of her daughters was with her, and she has continued to receive comfort from her parents and children since. "My family treats me the same. They never turned their back on me or nothing like that, no matter what I did, and I'm just thankful for that."

"I had never heard of a corrections case manager before, but it's just a blessing from God."

While Davis is grateful for the solace of her family, she longs to regain her sense of agency, and her participation in AFC's corrections case management program is helping her achieve that goal. The remnants of her independence sometimes haunt her, making her feel as if she is stagnant. "Even though my mom welcomes me here, I get overwhelmed sometimes, because I'm used to my own," admits Darlene. "I lived in my own apartment before. I'm used to my own space, I had my own car, my own apartment. I always took care of my kids."

Davis' corrections case manager, Arlette Brooks through South Side Help Center, helps her connect with a number of resources, including medical and mental health services, transportation, and, most importantly for Davis, access to housing. "Arlette's really nice, kind of like a big sister to me. She helps me out with a lot of things, bus cards, gift cards, and she's trying to help me find an apartment and everything. Coming out of prison and not having any money, it's really hard to find an apartment. I'm lucky to have Arlette to help me figure all of this out." 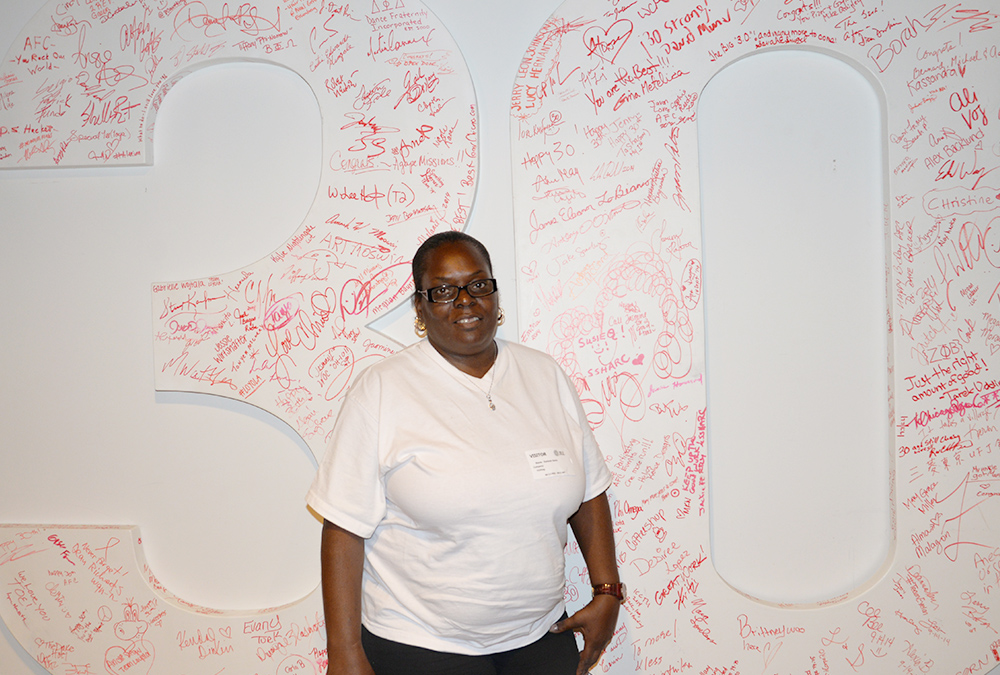 "I just try to stay focused. Stay with positive people."

Davis was connected with Brooks upon her release, and their relationship has helped Davis remain hopeful despite setbacks. Brooks calls Davis a “trooper,” saying, "Darlene's so willing to do the right thing now and not revert back to old habits." Bragging on Davis a bit, Brooks talks about the change she's seen in Davis since she met her last July. "She has been a soldier, actually, to go through what she's been going through since she's been released from jail. She's been keeping up with her primary care, mental health appointments, and been going to a lot of support groups to keep herself going."

"Homeless can be anything," Davis says, "You can live in a house with your family and still be homeless. I think I've been homeless for a long time."

With Brooks' help, though, Davis is confident that she will soon have a place to call her own. "I can only take care of myself. I just try to stay focused. Stay with positive people. And stay with my home."

Through case management, people like Davis find a fresh start

Davis' story is an example of the ways in which HIV disproportionately affects certain populations, including Black women, people experiencing unstable housing and people who are incarcerated. In Chicago, four out of every five women living with HIV are Black. People who are incarcerated, particularly women experiencing incarceration, are also disproportionately affected by the epidemic compared with those who have not been incarcerated. Although incarcerated people with HIV can get consistent care while in prison, they can drop out of care when they return to the community; connecting with health insurance, a care provider and other medical needs can be challenging for someone starting afresh after incarceration.

AFC's corrections case management program connects detainees living with HIV to a case manager who will support them as they emerge from prison or jail and connect them to the services they need to stabilize their lives. Since the program's inception in 2006, 1,500 clients have received case management services as they transitioned from incarceration to a fresh start. Case management also reduces recidivism by 50%, as discovered by a 2010 study, saving the corrections system over $1 million a year.