A Glass Half Full: The Supreme Court's Ruling on Marriage Equality and the Voting Rights Act of 1965 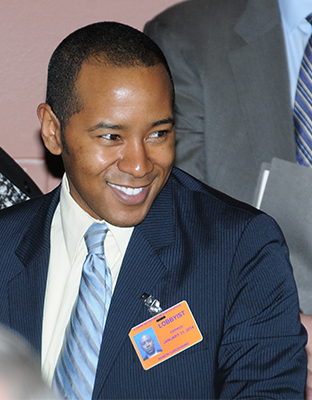 On June 26, 2013, the U.S. Supreme Court ruled in favor of Marriage Equality. It struck down the Defense of Marriage Act (DOMA) and gave same-sex couples a major victory in their quest for equal rights. The decision to eliminate DOMA means loving, same-sex couples will no longer be treated as legal strangers. All married couples will now receive thousands of federal rights and benefits.

The justices also ruled 5-4 that the Supreme Court had no legal authority to decide the merits of a challenge to Proposition 8. This leaves a lower-court ruling intact, which strikes down California’s voter-approved ban on gay marriage.

Combating laws that discriminate against LGBT individuals is an important step in reducing stigma and creating a society that values people and provides them access health care. These are critical steps in reducing new HIV infections.

A study from two researchers at Emory University, published in 2009, documents how attitudes toward same-sex couples, including marriage bans, are linked to rates of HIV transmission. The researchers argue that marriage discrimination does not serve public health but instead increases infection rates.

Without a doubt, the Supreme Court’s decisions are a watershed moment for LGBT communities across the nation. In addition, as a state lobbyist working for the advancement of marriage equality in Illinois (SB 10), I believe that this will empower members of the Illinois House of Representatives to pass legislation that will allow thousands of same-sex couples the right to marry.

But the glass is only half full. As I dawn the robe of my two identities—one of a black man and the other as a gay person—this week’s Supreme Court decisions leave me with a heavy heart.

A day before the Court’s landmark ruling on sexual equality, the justices dealt a devastating blow to another community in the civil rights movement by gutting the Voting Rights Act of 1965.

In a 5-4 decision, the court held that Section 4 of the Voting Rights Act is unconstitutional. This portion of the law establishes that states must receive preclearance by the federal government before they can change their voting laws, even if those states have a history of racial bias and a proven record of disenfranchising minority voters.

When he signed into law the Voting Rights Act of 1965, President Lyndon Johnson said:

Since its enactment, the Voting Rights Act has protected people of color. Yet this week, the Court took a step back and emboldened those that seek to deny certain Americans the right to vote.

For those that doubt the continued need for an Act that’s nearly 50 years old, look no further than the many organized efforts to suppress voters during the 2012 presidential election.

Today, I laud the Court for advancing equality and inclusiveness, but we have much work to do. LGBT people of color face higher rates of homelessness and poverty than people who are not gay, and they experience worse health outcomes than non-minorities. Moreover, LGBT men of color unfortunately bear the heaviest burden of HIV infections in the country.

While many of us can bathe in the glow of victory, we must not forget that marriage equality is just one of the many critical issues that face the LGBT community and other vulnerable populations nationwide.

Let’s use the momentum we gained from the Court’s support of same-sex marriage to fight for universal freedom. In order for equality to succeed for one, it must manifest itself in all.

We need to engage our sisters and brothers in communities of color to reverse the harm of the Supreme Court’s decision to strike down a major section in the Voting Rights Act.

For as Coretta Scott King so wisely stated, "Freedom and justice cannot be parceled out in pieces to suit political convenience. I don't believe you can stand for freedom for one group of people and deny it to others."

Ramon Gardenhire is Director of Government Relations at the AIDS Foundation of Chicago.