A Reflection on the Women's March in Washington 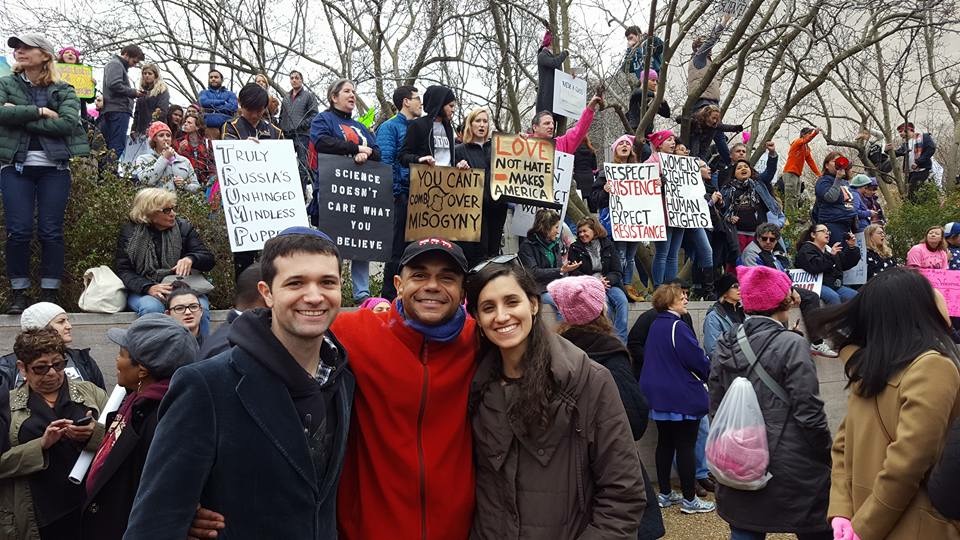 Aaron Voldman is a SSI/SSDI Outreach, Access and Recovery Specialist at the AIDS Foundation of Chicago.

In a sea of pink-hatted protesters and clever protest signs, I reached toward the metal beams of a Washington, D.C. street light on Independence Avenue and like a Cubs fan after the World Series win I climbed to the top of the street light. Sitting on top of the light with a huge grin on my face, I marveled at the wave of protesters stretching down Independence Avenue, past the Trump International Hotel and toward the Capitol Building. Fellow protestors chanted as they marched towards the White House: “We won’t go away; welcome to your first day!”

On the day prior, January 20, Independence Avenue was one of the main routes of President Trump’s inauguration parade. One day later it had transformed one of the main arteries of the Washington DC Women’s March drawing an estimated 500,000 people. I swiveled on the street light to look toward the White House. A sign outside the DC City Council and Mayor’s Office caught my eye - next to a photograph of Frederick Douglass were his words from 1857: “Power concedes nothing without demand. It never did, and it never will.” 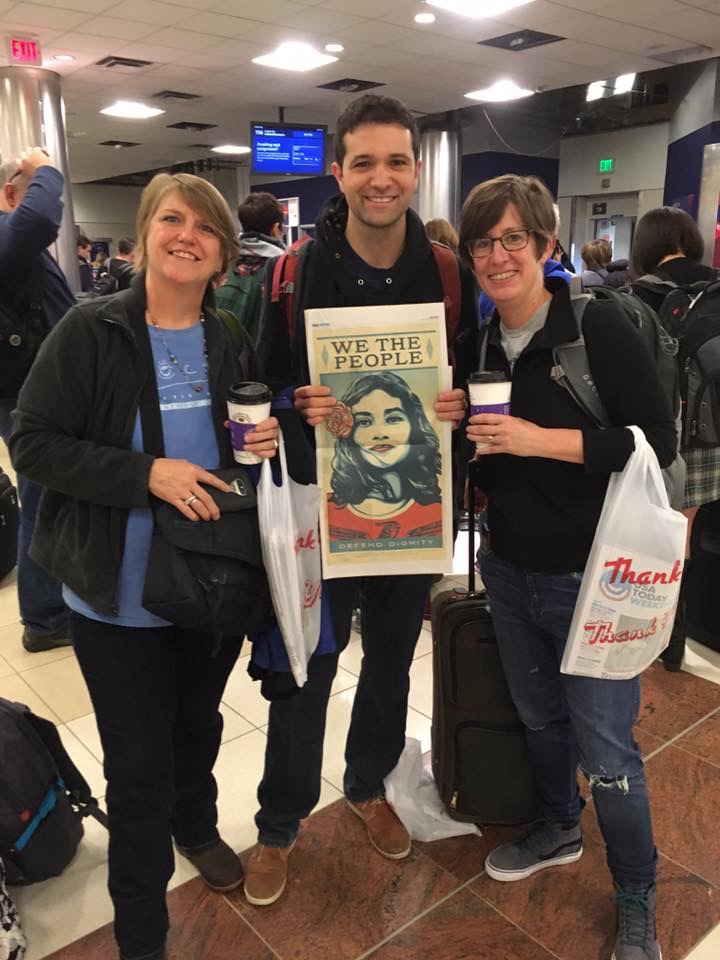 I work at the AIDS Foundation of Chicago as a representative for clients transitioning out of homelessness and who have wrestled with substance use and mental health challenges. As I marched, I thought of one my clients — earnest and humble with a mischievous sense of humor — who passed away not long before the march, succumbing to cancer. She lived through years of homelessness before finally finding housing and was only fifty years old — a few years older than the average life expectancy of those who experience homelessness in America. People who are unstably housed and homeless have less access to medical care than those who benefit from the support and stability that comes with shelter. They also have substantially higher incidences of chronic and terminal illnesses, including HIV/AIDS and cancer. Had my client not been on the streets as long as she had been and had she had access to better health care throughout more of her life, her young grandchildren may very well had a childhood and young adulthood with their loving grandmother.

Many reasons drew me to the Washington Women’s March: Trump’s outrageous treatment of women prior to and during his campaign, Trump’s disregard for democratic norms and an obligation to resist. I also marched with concern about repeal of the Affordable Care Act. The ACA has a profound impact on AFC’s clients.


As of 2016, at least 12,000 people living with HIV in Illinois had newly gained health care coverage through the Affordable Care Act. The ACA provided many of my clients — a significant portion of whom are frequent emergency room patients — with consistent health care coverage that they did not have during much of their lives.

This allows them to receive preventative care, treat chronic illnesses and to address the behavioral health and substance use challenges that contribute to my clients ending up and staying on the street. Our clients cannot afford for the ACA to be repealed without an alternative that addresses their urgent health care needs.

How can we care for ourselves while also caring for others in need? I joined the Women’s March because I want to live in a country cares about welfare, dignity and justice for everyone — no matter sex or gender, ZIP code, sexual orientation or economic standing. I joined the march because I want to live in a country where our fear of not getting what we need does not overpower the concern we feel for each other. Policies like the Affordable Care Act improved the lives of millions throughout the country. We cannot let fear of change or instability lead to progress slipping away. During the Women’s March we saw a massive outpouring of loving resistance that served as an antidote to the fear that many of us have felt throughout the last several months. Since the march it has been heartening to see that loving resistance shine at airport protests against the Muslim travel ban, in rapid efforts to rebuild after attacks on our Muslim and Jewish communities and at vocal town halls throughout our country. May our love and resiliency only continue to grow throughout this time.