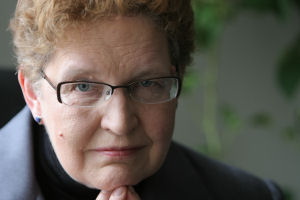 The U.S. Supreme Court has recessed for the summer, but not before making major headlines in the arena of human rights.

Last week, the Court gutted the Voting Rights Act of 1965, giving states an opportunity to change voting laws without receiving preclearance from the federal government, even if those states have a history of racial bias and a proven record of disenfranchising minority voters.

The next day, the Court struck down the Defense of Marriage Act (DOMA), giving married, same-sex couples thousands of federal rights and benefits.

The AIDS Foundation of Chicago (AFC) has already posted a story about these two rulings, but to gain a broader perspective of the Court and its impact on people living with or at risk of HIV, I spoke with Ann H. Fisher, executive director of AIDS Legal Council of Chicago.

Ryan Singleton: Rate this Supreme Court session. Who were the winners and losers?

Ann H. Fisher: As usual, the Courts’ decisions covered a lot of ground—from drug-sniffing dogs to patent law to affirmative action. It’s hard to identify clear winners or losers, except to say that with some conspicuous exceptions, this mostly Republican-appointed Court tended to favor corporations over consumers, and big corporations over little ones.

RS: Why should people with HIV or at risk of contracting the disease care about the Supreme Court?

AHF: I haven’t read all of Supreme Court decisions, so I don’t know if HIV was ever even mentioned, but some of the decisions are very important for people with HIV. One decision, for example, ruled against big drug companies that want to delay the production of generic drugs by paying off generic drug makers. This would give the original manufacturer an opportunity to keep the market to themselves for a longer period of time. Some of the first effective HIV drugs will soon be eligible to be sold as generic versions, which could make HIV care much more affordable in the coming years.

RS: If nine people make decisions for the whole country, how can individuals participate in issues that directly affect them?

AHF: Every time I hear someone say “They’re all crooks, it doesn’t make any difference if I vote,” I want to scream—and the Supreme Court is a big reason why. The president appoints Supreme Court justices, and they hold their positions for life. It makes a huge difference who is in office when one of the nine sitting judges steps down.

Most of the big decisions this year were decided by 5-4 votes. Some of the most important ones, like the horrible decision to gut the Voting Rights Act, would have gone the other way if a few more people in Florida had voted in the 2000 presidential election. So please vote, even if you have to hold your nose to do it. Get involved. Go out and work for candidates you support—again, even if you don’t agree with them on 100 percent of the issues. Once they’re in office, stay in touch. Sign up for AFC’s Online Action Bulletin so you’ll know when issues that are important to people with HIV are coming up in city hall, or Springfield, or Washington D.C., and you’ll be able to weigh in.

It’s also important to recognize that the Supreme Court justices are human. They read the newspapers and watch TV. They know what the polls say. When DOMA was passed in 1996, no one would have dreamed that a Republican-dominated Supreme Court would throw it out 17 years later. The DOMA decision was possible because hundreds and thousands of activists, voters, and individuals “moved the needle” on same-sex marriage in this country.

Ann joined AIDS Legal Council of Chicago as executive director in 1997. Before then, she served as supervisor of the HIV/AIDS Law Project of the Legal Assistance Foundation of Chicago for three years. She is a graduate of the University of Michigan and Wayne State University Law School.