ACT UP Movie Coming to Chicago

The acclaimed documentary, "How to Survive a Plague," is slated to open in Chicago at the Music Box Theatre on Friday, Sept. 21.

We expect it to be both a powerful reminder of the past and a clarion call to action for today. The film depicts the dark early days of the AIDS epidemic, the callous disregard of the government to respond to the lives being claimed by the virus, and the inspiring rise of two influential activist groups --  ACT UP (AIDS Coalition to Unleash Power) and TAG (Treatment Action Group).

Watch the film's trailer above. 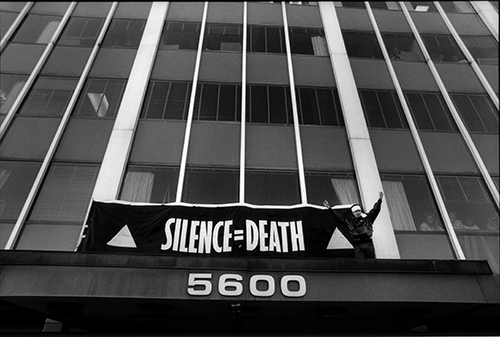 There's no disputing the profound impact the ACT UP movement had on AIDS activism, the gay civil rights movement and, generally speaking, American society. Its powerful call is still rippling out today. From the Occupy movement to AFC's own HIV Prevention Justice Alliance, grassroots activism is still alive and effecting change.

Indeed, at the massive "We Can End AIDS" mobilization during July's International AIDS Conference, a familiar refrain was chanted at the White House gates: "When people with AIDS are under attack, what do we do? Act up, fight back!"

"How to Survive a Plague" shows us where we've come from. The movement was about a deadly virus sweeping the nation, particularly the gay community. But it was also about justice and human rights. 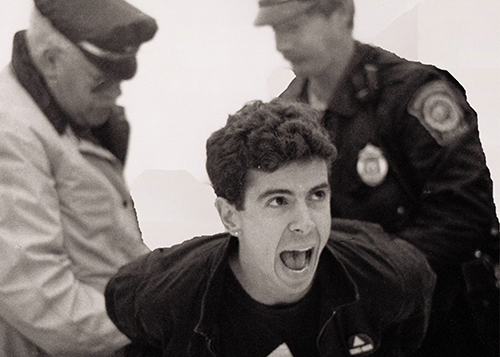 As Andrew Sullivan, of the Daily Beast, so eloquently wrote: "If you want to understand the gay civil rights movement in the last twenty years, you need to see this film. None of it would have happened as it did, if we had not been radicalized by mass death, stripped of fear by imminent death, and determined to bring meaning to the corpses of our loved ones by fighting for the basic rights every heterosexual has taken for granted since birth."

We hope everyone views this movie with the understanding that the work is not done. It's far from done, actually. There are still 1.2 million Americans living with HIV, about 25,000 right here in Chicago. Stigma continues to prevent people from seeking lifesaving care or even knowing their status.

If you see the movie and feel inspired, get involved with the AIDS Foundation of Chicago. Advocate for important legislation. Join us for the AIDS Run & Walk Chicago. Help us to continue the fight that ACT UP began.

Visit http://surviveaplague.com/ for more information about the film and where it's coming near you. 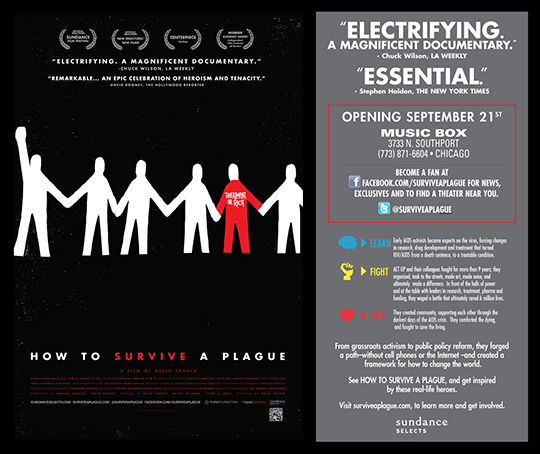