Here are some photos from Tuesday's We Can End AIDS march.            AFC photos-Gregory Trotter 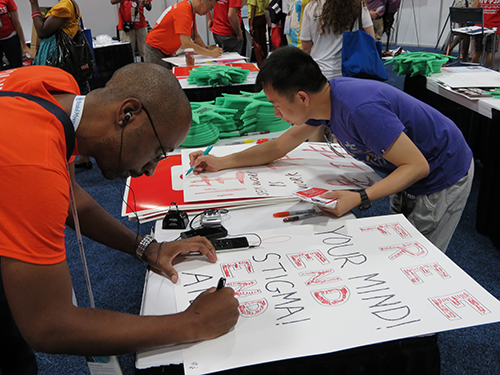 Harlan Smith, of Atlanta, Ga., and Tony Zheng, of China, make signs before the mobilization begins. 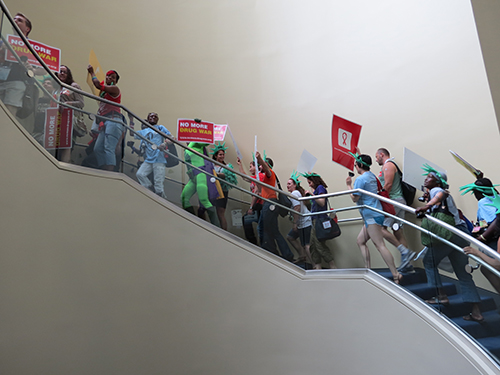 Activists ascend the stairs at the Walter Washington Convention Center to begin the march. 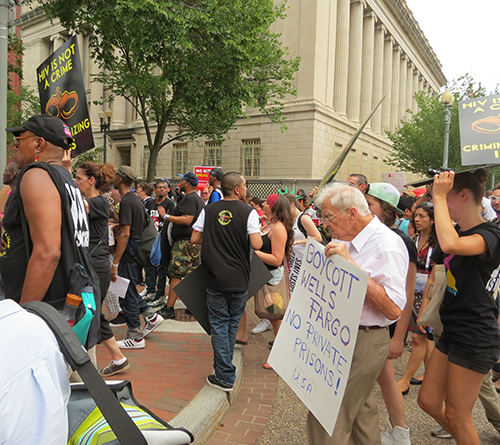 Jack Condon, a senior citizen who decries Wells Fargo's reported practices of investing in private prisons, joins his cause with the others. "We're all trying to work together," Condon said. "We need each other." 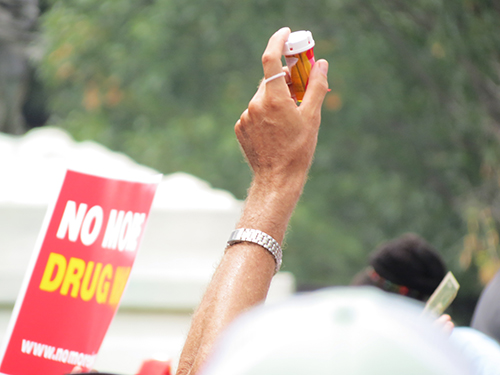 A protestor holds aloft a symbolic pill bottle stuffed with dollar bills that would be tied to the White House gate. 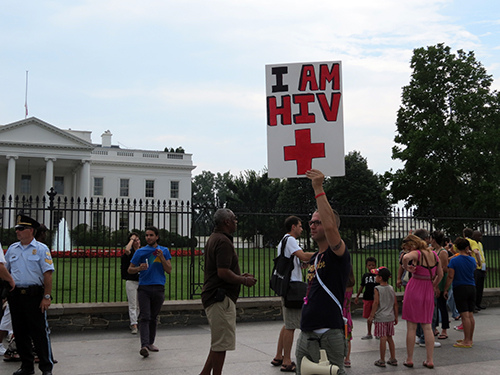 A protestor mingles with tourists on the sidewalk in front of the White House. 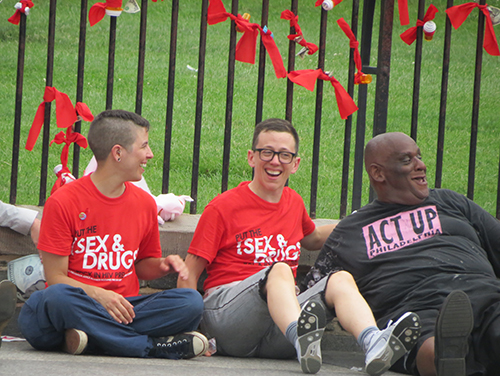 Julie Davids, center, director of national mobilization and advocacy for the AIDS Foundation of Chicago, shares a laugh with her fellow activists while waiting to be arrested. 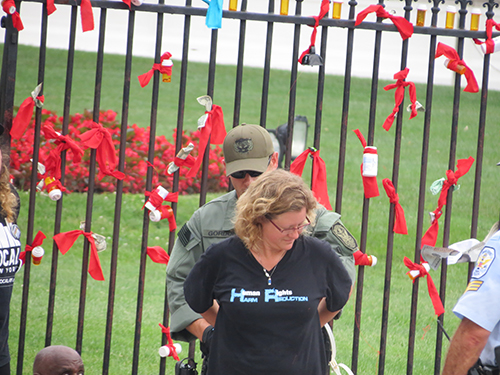 An activist is arrested for civil disobedience.

To see more photos from the We Can End AIDS march, visit our Flickr album.