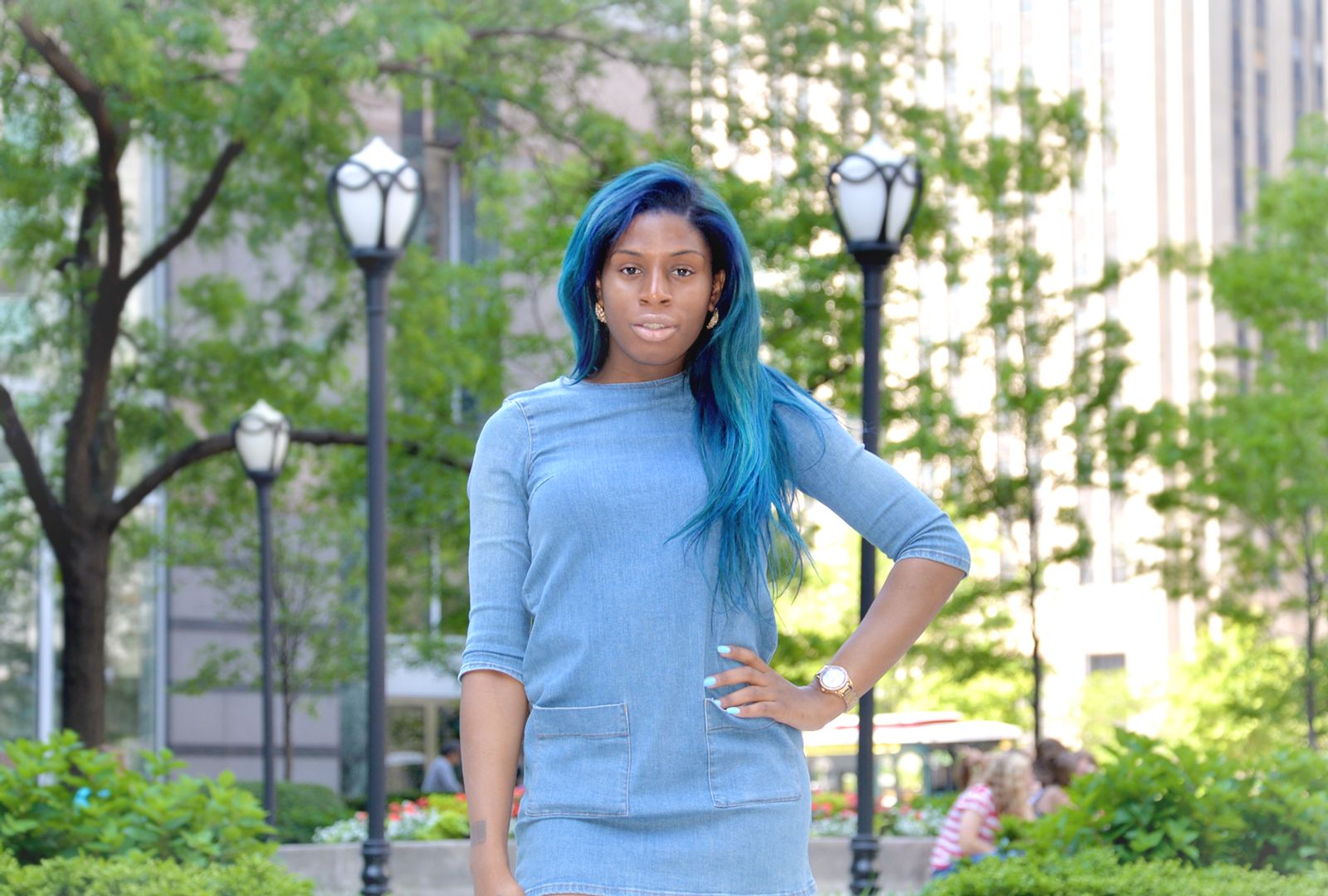 Imagine: You are an 18-year-old transgender woman in America today. Your parents no longer take care of you; you need housing, a job, a community, medical care and so much more, but discrimination and ignorance is keeping you from accessing these basic human needs.

Or imagine this: You are a young woman who is sexually active, and you do not feel safe talking to anyone in your family about it, which leads to fear, shame and guilt.

Bringing an end to that pattern takes the courage of women like Beverly Ross. Along with being the first African-American transgender woman to work for the AIDS Foundation of Chicago (AFC), Ross is honored to accept the responsibility to serve Chicagoland’s young cisgender and transgender women of color as facilitator of the Youth Expert Advisory Board for AFC’s Project Elevate. The Board is composed of 10 to 15 young women of color who are charged with developing programming and messaging, targeting their peers.

“Our young women need support,” said Ross in an interview at AFC’s offices. “We have girls who are growing up with a variety of challenges and complex situations; they are going through a lot and need support and resources!”

Project Elevate aims to prevent and reduce the spread of STIs through a youth-led, citywide social marketing campaign. Like Ms. Ross, young transgender women and young women of color have not always felt safe discussing their sexuality and sexual health or getting testing and treatment for STIs. Often, this group is isolated, discriminated against and misunderstood.

“It’s important that we meet the youth where they are and allow them to lead this movement,” said Alan D. Johnson, Project Elevate program manager. Cynthia Tucker, vice president of prevention and community partnerships for AFC, agrees. “What makes this initiative unique is that we work closely with the young women we are trying to reach to create a campaign that resonates with the women themselves, as well as develop outreach and testing initiatives that will be successful.”

This community partnership among AFC, Chicago Public Schools, the Chicago Department of Public Health, Planned Parenthood, Lurie Children’s Memorial Hospital, Affinity, and a host of other community partners, is funded as a part of the United States Centers for Disease Control and Prevention (CDC)’s community approaches to reducing sexually transmitted diseases (CARS).

Building a new connection between young women and good health

Ross’ passion for these young women of color is personal to her, and she looks forward to being a voice for them all. She has already begun planning great works for the young women, including lectures like STI and HIV one-on-ones, which will enhance the girls’ sexual knowledge, increase their sexual safety and prevent the spread of STIs. She and Johnson are also collaborating with the Chicago Department of Public Health, Greater Good Studio and other partner organizations to the develop a smartphone application that will link people to resources and show them where they can go to get tested and have access to free condoms.

For too long, health disparities have been on the rise among Chicago’s youth and young women of color. The Chicago Department of Public Health’s 2014 HIV/STI Surveillance Report identified adolescents and young adults as being disproportionately affected by STIs such as chlamydia, gonorrhea, HIV and syphilis. Project Elevate is one of the first tailored efforts to reverse this epidemic — and with women like Ross at the forefront of efforts like Project Elevate, positive change is possible.

Categorized under AFC news, Chicago, Inside Story and Prevention.