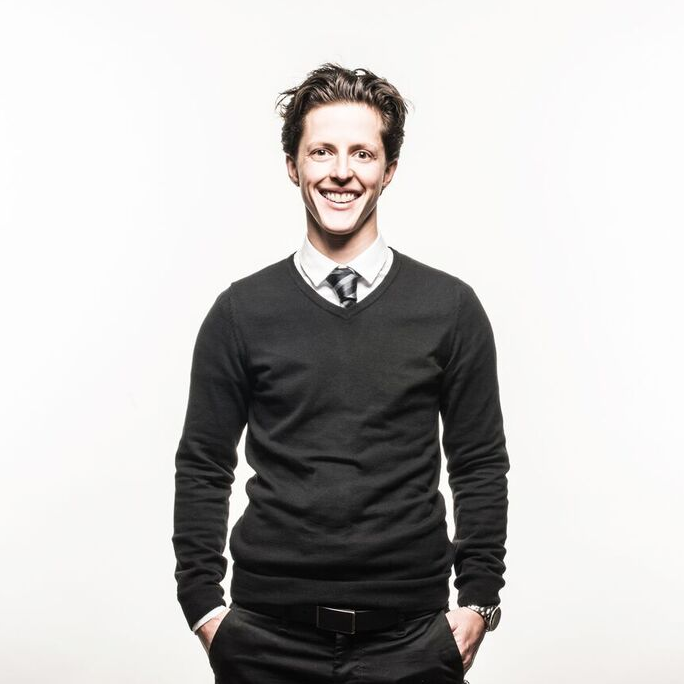 Avery Matthew grew up in Sterling Heights, Michigan, and moved to Chicago 11 years ago. “I was starving for diversity, things to do, culture, museums,” they said.

“A lot of my growth and identification was defined in Chicago.” Avery works in Accounting and Finance recruiting for a management consulting firm. They also support passion projects like serving on the Chicago Women’s Health Center board of directors and as a co-chair on the Chicago Restroom Access Project (CRAP), an initiative of Pride Action Tank that’s creating new solutions to provide accessible bathrooms for all.

How has your move to Chicago shaped your life?

Here, you see a lot more eclectic folks who feel comfortable with who they are. Being exposed to an environment that allowed for such personal definition and evaluation gave me the permissions to feel what felt right. When I came out as gay in 2008/2009, I was in a relationship with a guy … so that was a little awkward!

Then, fast forward 7-8 years, and I went through another transition. Being seen as female didn’t give me a lot of comfort and I felt uncomfortable being held to socially assigned female expectations.  I started doing some self-discovery and came out as non-binary two years ago. My pronouns are they/them. Not many people understand what identifying as non-binary means and each person who identifies as non-binary will have a different definition.  As a result, you’re often responsible for explaining what it means and then serve as the model for it (even though there are a lot of variations).

I try to take an educational perspective with others — assuming people are asking kind, respectful questions. I like expanding the mindset there. It can be hard existing as non-binary because people want to see you as either a man or woman. It leads a lot into the CRAP committee.

How did you first hear about CRAP?

I was at a summer festival in Boystown in 2016 and got to talking to someone who worked at the AIDS Foundation of Chicago (the parent organization of Pride Action Tank). I got in touch with Pride Action Tank’s executive director, Kim Hunt, and she started talking about CRAP and I had a lot of feelings about it! It would really help me and a ton of my friends, as well as my community to get things changed.

CRAP is focused on growing the number of all-gender bathrooms in Chicago. Why does equal bathroom access matter to you?

I’m on T (testosterone supplements to change my body) now, but even before starting T I always had short hair and wore guys’ clothes. Going into restrooms or spaces that are gendered as male or female has always been anxiety producing. I’ve been told, “this is the women’s bathroom,” or have had people stop in their tracks and look at me with a scared look.  I’ve even been kicked out of a bathroom. I can’t avoid the bathroom so I go in with my head down, avoid eye contact and washing my hands, and get out as soon as I can. Bathrooms are perceived to be very personal, vulnerable spaces so it scars you when you have encounters like I have.

You were kicked out of a restroom?!

It only really happened once, but that one time scars every other time. It actually happened when I was working for a LGBTQ group that threw parties in traditional straight spaces where we’d convert it to a gay bar for one night. When possible, we tried to turn bathrooms into all-gender bathrooms. We weren’t always able to, so we instructed staff at the spaces to not stop anyone from going into bathrooms. But at one space, the bathroom attendant in the women’s room grabbed my arm. It was good and bad that it happened because it provided an opportunity to educate the staff.

Bathrooms are one of the hardest part of living how I do. There are no public restrooms for me. Both of the current options feel wrong. I feel safer in the women’s than I would in the men’s, so that’s the one I want to go to, but as I continue to change and be on T, I may lose that privilege.

Tell me more about CRAP! What have they accomplished?

In the early days of CRAP, the group started out by partnering with Chairman and Commissioner on the Commission of Human Relations Mona Noriega, who was already working to overturn a law that said you could be asked to show a photo ID in a bathroom to prove you were in the right one. Now you are not allowed to ask someone for their ID in a restroom, and they’ve done a lot of education and trainings with police and libraries.

Wow — that’s huge. But then they shifted their focus to all-gender restrooms, right?

Yes — a lot of people don’t realize that a restaurant that has at least two single-stall restrooms must label one  for men and one for women. But it doesn’t make sense why this is the case since there is privacy in each. Turns out that the building code specifies that businesses have to have individual bathrooms for men and women if there are multiple single-stall restrooms. In the past they could be fined for not having separate bathrooms. We surveyed a lot of businesses to learn whether they would change their signage if we got this change made.

So CRAP amplified the work that Commissioner Noriega has done to get the commissioner who oversees this code to agree not to prosecute. This is a big thing to the community! Now we’re working on eliminating the gendered verbiage in the code, but we’re happy with what we’ve done for now. We want to partner with more architects to think about how to work around the system. That was our most recent thing. But people have to spread the word, too! That’s next on our list.

What does CRAP do to inform businesses about these rights?

We have created a toolkit that explains to business owners the concept and benefits of all-gender bathrooms. We’ve had businesses reach out to us to help them assess and consult with them about changing their restrooms or add signage to show their support. The toolkit helps them with their bathroom planning.

We’re also creating a video project where we interview people who are transgender or those that present masculine of center to learn about their experience with bathrooms.  This video will be used for educational and awareness purposes. We’ll be targeting different markets, like schools and restaurants, to show the video in hopes of influencing them to adopt all-gender restrooms or direct them to additional resources to continued research.