Confession of a Spectator: Dance for Life in Review

I have a confession: Before last Saturday, I had never attended a dance performance. Going into Dance for Life, I wasn’t sure what the event would look like or how it would make me feel—or if I would even understand what was happening on the stage. But I needed to go. I wanted to be there.

I’ve always perceived dance as the most intimidating art form. Performers mix athleticism with beauty, grace, and rhythm. There’s no hiding in dance. As a writer, I can leave my name off a piece or submit a story under a pseudonym, but dancers aren’t afforded that luxury. The stage is wide open, and their performance is contained in a moment, leaving an audience open to any emotion, but always a sense of awe. 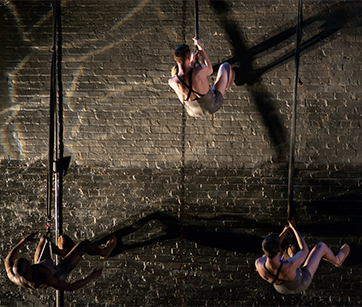 The event featured Chicago’s most renowned, innovative dance companies, with proceeds benefiting the AIDS Foundation of Chicago (AFC), The Dancers’ Fund, and Chicago House. Dance for Life is a performance, a visual art, and thus needs to be seen. Because of this, it shines a light on people who are often in shadows, overlooked, or written off.

Over the past 22 years, this event has raised millions of dollars and united more than 10,000 people in the fight against HIV/AIDS and other injustices in Chicago—and Saturday only increased these figures.

With nearly 2,000 people, I claimed my seat at the Auditorium Theatre of Roosevelt University and watched the lights dim. A screen caught the projection of behind-the-scenes videos shot earlier that day, showing dancers prepare for their routines.

Through this lens, we also saw choreographers talk about their work in the context of the HIV/AIDS epidemic and how, for them, dance bridges the past with present.

Many people involved with the production of Dance for Life participated in the dance community in the 80s and 90s, when the disease was coming of age, and they frequently attended the funerals of loved ones who died from AIDS-related causes. In a way, times are different now. These artists are working with performers who didn’t live through those trying times, who didn’t see the full horror of this disease, but that’s also where the celebration lies.

Troupe after troupe claimed the stage with power and elegance. Among them were DanceWorks, Giordano Dance, Hubbard Street Dance, River North Dance, and Thodos Dance Chicago, with a special performance of Le Corsaire Pas de Deux.

And there were many breathtaking moments.

Choreographers Harrison McEldowney and Jeremy Plummer opened the curtain on the first act’s world premier finale with dancers suspended from bungee ropes. The stage was littered with hanging, horizontal bodies that became animated at the sound of music. With their feet rarely grazing the ground, performers treated the audience to a spectacle unique to Dance for Life. 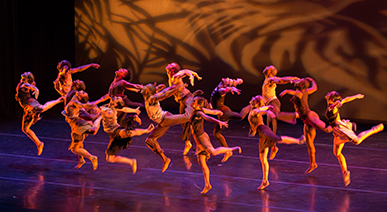 The world premier finale of act two was similarly inspired, choreographed by Randy Duncan, AFC’s most recent recipient of the Civic Leadership Award. His smoke-filled stage was overcome with dancers and the sound of beating drums. To my untrained eye, the dance took on an African feel, giving spectators a window to the global HIV/AIDS epidemic, and the drumbeat morphed into the sound of a pounding heart.

And I was left to sit with that, to hold those feelings, to reflect on the systemic gravity of a disease and the artistry it inspires.

That’s what I got out of Dance for Life. For me, it was a unique opportunity to experience the history of an epidemic, see its impact on people outside the U.S., and be present with Chicago’s HIV/AIDS community—all in one moment. That’s something I didn’t expect going into the evening, and as a writer, I didn’t expect the performance to leave me speechless.