The "big news" of Secretary of State Hillary Clinton's remarks today at the National Institutes of Health, in Bethesda, Md., might be that she appointed Ellen DeGeneres to be the Special Envoy for Global AIDS Awareness.

We'll get to that in a minute. What's perhaps even more interesting, though, is what was not said in Clinton's remarks, titled "Creating an AIDS-free Generation." Clinton focused on three modes of intervention in her speech: prevention of mother-to-child transmission, voluntary medical male circumcision and treatment as prevention.There was no mention of pre-exposure prophylaxis (PrEP) or rectal microbicides -- two promising new areas of HIV prevention.

"Overall, it was a good speech but it was missing some things we're interested in, like PrEP and rectal microbicides," said Jim Pickett, director of prevention advocacy and gay men's health for the AIDS Foundation of Chicago,who also serves as chair of the International Rectal Microbicide Advocates.

The omissions were disappointing but not surprising, Pickett said. Clinton's audience was a global one, he pointed out, so it made sense that she would shy away from PrEP, which has been shown in multiple trials to be effective for gay/bi men but less successful for heterosexual couples.

Clinton did mention vaginal microbicides: "Today we are making major investments in the search for a vaccine; for tools like microbicides, which give women the power to protect themselves; and other lifesaving innovations."

It's understandable, Pickett said, that she would acknowledge vaginal but not rectal microbicides. Because of stigma and political currents, the research and the data for rectal microbicides is far behind the vaginal counterpart. That's something that Pickett and other IRMA supporters are hoping to change.

And there's perhaps a more subtle reason for the snub.

"A lot of leaders at that level don't like to say the word 'rectal,'" Pickett said.

To truly set out on a path toward an "AIDS-free generation," he said, multiple forms of effective prevention have to be considered. 'Treatment as prevention' is too risky by itself for serodiscordant couples.

"At the end of the day, we stand for expanding access to (antiretroviral drugs) for people who need them, whether they're HIV-positive or HIV-negative," Pickett said.

Here's a taste of Clinton's remarks:

"Now, by an AIDS-free generation, I mean one where, first, virtually no children are born with the virus; second, as these children become teenagers and adults, they are at far lower risk of becoming infected than they would be today thanks to a wide range of prevention tools; and third, if they do acquire HIV, they have access to treatment that helps prevent them from developing AIDS and passing the virus on to others.

"Now, HIV may be with us well into the future. But the disease that it causes need not be. This is, I admit, an ambitious goal, and I recognize I am not the first person to envision it. But creating an AIDS-free generation has never been a policy priority for the United States Government until today, because this goal would have been unimaginable just a few years ago. Yet today, it is possible because of scientific advances largely funded by the United States and new practices put in place by this Administration and our many partners. Now while the finish line is not yet in sight, we know we can get there, because now we know the route we need to take. It requires all of us to put a variety of scientifically proven prevention tools to work in concert with each other. Just as doctors talk about combination treatment – prescribing more than one drug at a time – we all must step up our use of combination prevention."

To read her her full remarks, go to the U.S. Department of State website. 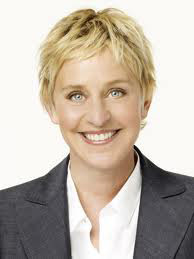 "Ellen is going to bring not only her sharp wit and her big heart, but her impressive TV audience and more than 8 million followers on Twitter, to raise awareness and support for this effort," said Clinton, on the Obama administration's selection of DeGeneres as the special envoy. "I know we can look forward to many contributions from Ellen and her loyal fans across the globe."

To check out a more comprehensive piece on the AIDS Foundation of Chicago's stance on PrEP, check out AFC President/CEO David Ernesto Munar's op-ed piece for the Huffington Post published last month.