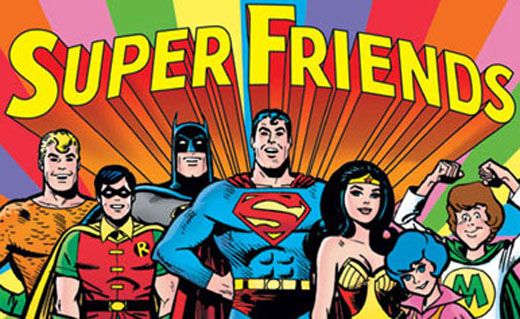 One week -- that's how long the so-called Super Committee has to reach an agreement on how to reduce the federal deficit by $1.2 trillion over the next 10 years.

So far, the AIDS Foundation of Chicago has sent over 2,600 messages to lawmakers, through the Super Friends action alert, to urge them to come up with a plan that will not harm HIV/AIDS funding. If you haven't already signed a petition, made a call or sent an email, please do so now by clicking on this action alert.

It takes all of two minutes -- trust me, I just did it myself.

AFC is calling on the Super Committee to form a responsible plan that would include targeted cuts that would have minimal impact on the sick and the poor, and that would create real additional revenue to help reach the targeted deficit cuts. The 12-member bipartisan Joint Select Committee on Deficit Reduction, aka the Super Committee, has shown few signs that an agreement could be realized by Nov. 23.

"Even though pundits are skeptical that the Super Committee will reach an agreement, members of Congress from Illinois need to hear that this isn't just about numbers and dollar signs on a piece of paper," said John Peller, AFC's vice president of policy. "It's about real people in their neighborhoods, or even on their bock, who are living with HIV every day, who are at risk, or who care for someone with HIV."

For background, this panel was created by the debt ceiling deal reached by President Barack Obama and Congress back in July. If you care to know more about how the panel was formed and what it's done so far (which isn't much), check out this helpful New York Times overview.

The reason for the stalemate, as portrayed by various media accounts, is the Republicans' reluctance to raise tax revenue and the Democrats' unwillingness to make significant cuts to entitlement programs, such as Medicare, Medicaid and Social Security.

If the committee reaches an agreement, the plan will be voted on by Congress by Dec. 23. No filibusters or amendments will be allowed.

If it doesn't, automatic cuts will go into effect January 2013. These cuts will be split between military and domestic spending, but low-income-sensitive programs like Medicaid and food stamps would be exempt.

We need the Super Committee to take a stand and not cut spending for Ryan White funding, HIV research and prevention funding, and other critical areas of government support. Please contact your legislators and tell them this matters to you.