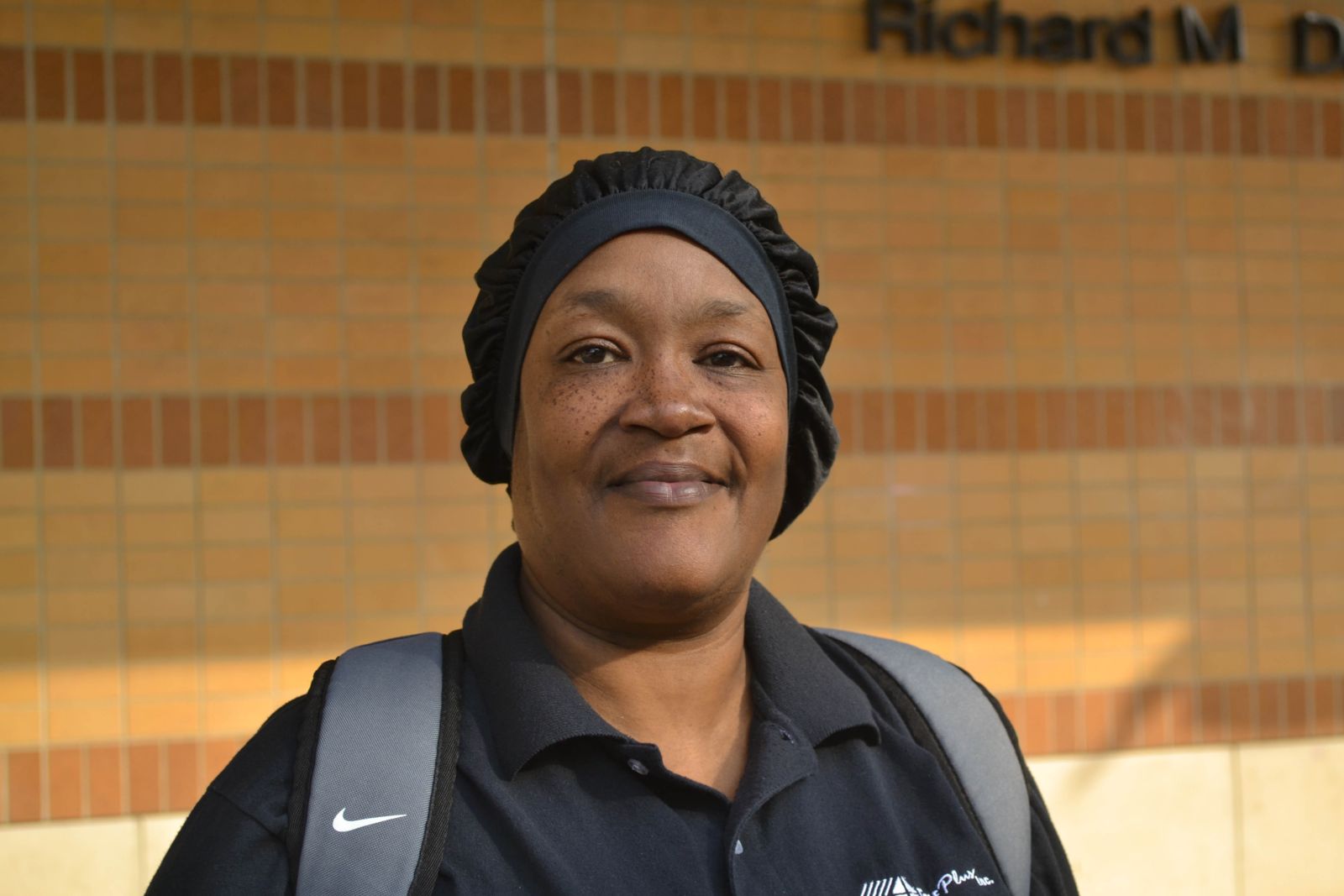 Until the age of 45, Latesha never had a place of her own. For years, she relied on friends and acquaintances to have a safe place to sleep at night, but, when she wasn’t lucky enough to find someone to stay with, she resorted to sleeping on the streets of Chicago.

“I was always here, here, here and here. Each time there were setbacks after setbacks,” says Latesha. “The longest I’ve been on the street nonstop was probably a year. Other than that, I was always staying at somebody’s house.”

Latesha’s struggle with housing instability only worsened when she noticed that her health was slowly deteriorating. She says she would visit the UI Health emergency room on the Near West Side at least 3 times a week for reasons ranging from her battle with depression and suicidal thoughts to trying to figure out why she was having seizures and panic attacks.

“I needed some help because I have all these health issues, but nowhere to stay,” says Latesha. “It got to a point where I went and they started knowing me … because I was going that much!”

Little did she know, UI Health staff were taking note of her frequency of visits; they identified Latesha as a patient experiencing chronic homelessness – living with a chronic medical condition while experiencing homelessness. They referred Latesha to the Center for Housing and Health as part of the Better Health through Housing (BHH) program, which brings together the housing and health sectors to combat homelessness and improve patients’ health in Chicago.

Latesha was matched with a case manager from Christian Community Health Center who was able to immediately place her in a temporary bridge housing unit. Here, Latesha lived in a single-occupancy room while she worked with her case manager to figure out how to best meet her medical needs as well as find a new, permanent place to call home. After 2 months of questioning whether or not she would actually move, the day she had been waiting for finally came. Latesha’s case manager called to notify her that he found a realtor who was willing to work with the program and located a rental in the Humboldt Park neighborhood; this would soon become Latesha’s new home.

“First of all, I thought I would never get there no matter what I did,” says Latesha. “He said that we had an interview, so I had to go way out south to meet him … I had to brace myself. Then, he showed me the pictures and that was it. I cried. I didn’t hold it in — I cried.”

"I needed some help because I have all these health issues, but nowhere to stay,"

Latesha successfully made it through her interview with the apartment building manager and moved into her new home in less than a week. She now lives happily in her apartment with her new kitten and continues to work with her case manager to help her meet a number of health and wellness goals that she’s already started to see improvements on.

“I have food now. There used to be a time where I wasn’t eating and I had lost so much weight – I was so little. I wasn’t eating right because I was always at someone’s house or on the street,” says Latesha. “Since my case manager has helped me … my health has gotten better!”

Additionally, Latesha is working to quit smoking and make sure that she keeps her doctor’s appointments, but her biggest challenge right now is gearing up for surgery to address a heart defect she was born with. However, now that she is in her new home, Latesha is dedicated to bettering herself in hopes that one day she can get well enough to look after her children again and lead a healthier life.

“There’s just so many opportunities where I’m at now,” says Latesha. “I just thought about, you know, there really are people out there that care about homeless people like me.”