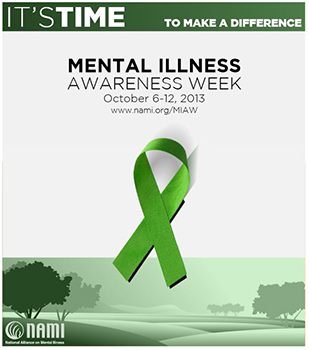 The AIDS Foundation of Chicago (AFC) is publishing this story in recognition of Mental Illness Awareness Week (October 6 – 12, 2013), an opportunity to deconstruct labels that stigmatize people with mental health diagnoses. Destigmatizing mental illness and promoting the benefits of life-giving treatments is part of AFC's comprehensive approach to ending HIV/AIDS.

Sharon admits to having been a lot of things. She was homeless for over 20 years, went to prison 11 times, was addicted to heroin and cocaine for three decades, and considers prostitution her first and only job.

But there’s one word that doesn’t fit her: “I was never crazy,” Sharon said. She never identified herself as needing mental health treatment, and the opportunity to receive such care didn’t present itself until she moved into an apartment building with supportive services.

“On my first day moving in,” Sharon said, “my caseworker asked me if I wanted to work with a therapist. I said, ‘What is a therapist for?’ I heard of a therapist, but I thought that was only for crazy people.”

Despite the stigma associated with mental health treatment, Sharon said yes, and began working with a therapist on a weekly basis.

She was reserved, though—by her own standards, at least. For several months, her therapist visited her, and Sharon told her the story of her life.

Sharon talked about sexual abuse she endured from her father and about the choice she made to relinquish her own daughter to a stranger, when her daughter was only two weeks old. Sharon could barely care for herself and was addicted to drugs; she didn’t know how she was going to take care of a child.

She also discussed her turning point in 2008, when her daughter found her. Having become a young woman, she searched for her mother on the Internet and discovered that she was incarcerated.

When Sharon was released from prison, she began to build a relationship with her daughter while living in a recovery home and slowly transitioned into her daughter’s apartment.

That living arrangement was short-lived because her daughter received a scholarship for college that required her to move. Sharon wasn’t about to be homeless again, so she settled permanently in a supportive housing unit that she calls home to this day.

Sharon opened up to her therapist, but she still wasn’t satisfied.

“I just went to my therapist to talk to somebody,” she said. “I didn’t know what the purpose of me talking to her was. I just talk so much anyway, she was somebody else to talk to.”

Sharon told her Alcoholics Anonymous (AA) sponsor that, going forward, she would only see her therapist once a month because she wasn’t getting much out of their meetings.

Her sponsor disagreed and encouraged her to see the therapist every week. Sharon pondered this and realized that she hadn’t been completely open with her therapist.

“There was one thing I did that I never told anybody about,” Sharon said. “It was worse than prostituting, and I swore that I would never tell anybody about it, ‘til the day I die. I just asked God to forgive me, and I tried to forget.”

But she couldn’t, so she told her AA sponsor.

“I felt so much better,” Sharon said. “I told it to my sponsor, and it was out in the atmosphere. I started crying, and I never heard my sponsor tell nobody about my business. My sponsor never treated me no different.”

“Then the next person I told it to was my therapist, and she never treated me no different. She always been real nice to me, and since then, I’ve gotten a lot out my therapist.”

The relationship Sharon has with her therapist is one of extreme importance. Sharon doesn’t hide things because she knows she has an ally, somebody who truly cares about her, somebody she can trust.

It’s a relationship she never thought she needed, one she doesn’t want to live without.

“More people need to see therapists,” Sharon said. “That’s the truth, but so many people don’t because they’re too embarrassed. But you have to talk about the dark secrets of your life. If you don’t, they won’t go away.”

Sharon is a member of the Substance Abuse and Mental Health Services Administration (SAMHSA) Consumer Advisory Board.