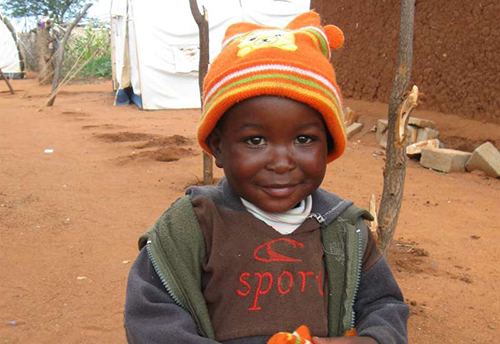 Seeking refuge in a Botswana camp, a Somali woman found no peace.

Known to be HIV-positive, she was subjected to ridicule and threats from her refugee camp neighbors. Stones rained down upon her roof at night.

It was but one striking example of how HIV-positive people face increased discrimination without legal status. I learned of the Somali woman’s story in Geneva, Switzerland last month, where the United Nations held its annual three-day NGO consultation to discuss issues concerning refugees and asylum seekers.

At a seminar on marginalized refugee communities, I learned that HIV-positive refugees around the world received very different treatments compared to HIV-positive people with legal status. It wasn’t until I returned to Chicago that I came to realize refugees face similar discrimination right here where I lived.

But first, let’s look at Botswana, the focus of the seminar I attended. Botswana has long been celebrated as “the African miracle” for having a stable democracy, a profitable diamond industry and ongoing organized efforts in combating AIDS.

In 2001, the Botswana government launched a comprehensive free-of-charge HIV treatment program for eligible citizens. At the time, there were around 4,000 refugees and asylum seekers in the country, according to UNHCR, the United Nations’ refugee agency. None of them were included in the HIV healthcare program, according to the Botswana Red Cross Society.

In 2005, only one percent of refugees and asylum seekers were assisted to enroll with Catholic services to be treated for HIV/AIDS, according to the Botswana Red Cross Society.

After four years of advocacy, in 2009, the Botswana Red Cross Society and UNHCR were finally able to run a parallel HIV treatment program for refugees using government facilities. As a result, the number of HIV positive refugees dropped to 10.7 percent, compared to the national average of 17.1 percent.

The Botswana case made me wonder about refugee health care here in Chicago.

Not surprisingly, refugees in Chicago also face barriers to health care. Because of the lack of legal status, compounded by differences in language and culture, refugees need interpretation and further explanation when it comes to medical care and treatment.  Most refugees in Chicago come from Burma, Bhutan, Iraq, Somalia, Ethiopia and Afghanistan, according to the Heartland Alliance.

Although refugees face limitations when they do not have the legal paperwork to qualify for public insurance, they are eligible for the same HIV services as U.S. residents, said Alice Wightman, associate director of special populations at Heartland Health Outreach.

However, Wightman said stigma remains a problem for refugees in Chicago.

“Refugees may have different culturally-specific beliefs about how HIV is transmitted and who it affects,” she said.

Wightman said refugees often show more reluctance to being identified as HIV-positive for fear of rejection by their community members. In recent years, since HIV testing is no longer a mandatory part of immigration health screenings, she said, refugees can choose to not receive testing.

But both Garethata and Wightman are hopeful about combating stigma through community education. Someday, HIV positive refugees will be able to live safely in their community and have the opportunity to achieve their dreams.

I believe that as well. For me, one of the most powerful moments at the conference was when an NGO leader said this:

“A refugee is a person with skills and aspirations. The fact that he is able to flee his country means he is a person. You wouldn’t consider Einstein a ‘refugee’ would you? How many Einsteins do you think there are in that camp?”

Lorraine Ma, a journalism student at Northwestern University, worked as a summer intern for the AIDS Foundation of Chicago.