Before the first morning light had struck Chicago’s streets, almost 100 HIV advocates from various backgrounds came together on May 17 to travel to Springfield to fight for HIV lives at the AIDS Foundation of Chicago (AFC)’s annual event Advocacy Day. Abuzz with excitement for the upcoming day, familiar faces shared greetings and hugs, like family members long separated. Yet the real uniting energy was not their similarities, but rather their diversity: across racial, gender, and generational lines, HIV advocates came together to demand action on issues affecting those living with and vulnerable to HIV.

On the road to Springfield, people shared why they had come for the first time, or come back for the seventh time, to have their voices heard by their state legislators. Ira, a man from Chicago, hoped to serve as a voice for friends living with HIV who couldn’t come themselves. He knew firsthand the power of strong voices sharing their perspectives. In previous years, he had spoken to representatives and educated them about PrEP and other prevention technologies, of which the representatives had never heard. This year, he was excited to continue educating representatives on people’s experiences and needs throughout the state and to put a human face and voice to the current HIV epidemic.

On the ground in Springfield, community advocates immediately got to work, meeting with their representatives to ask for their support on a variety of issues facing the HIV community. “I’m looking forward to speaking to anybody and everybody who makes decisions about our lives,” said an advocate named David, after being asked what he hoped to accomplish. 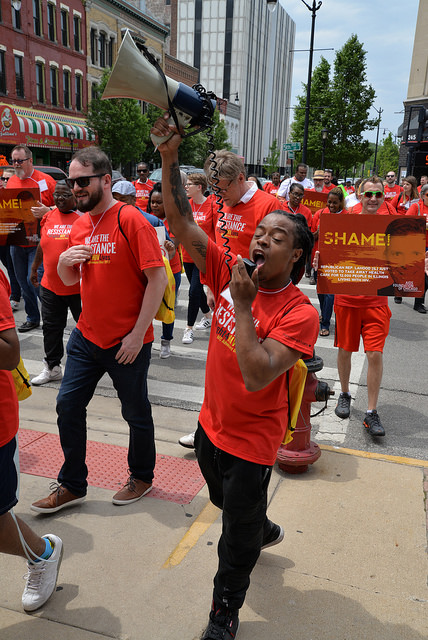 Throughout the day, a sense of history and accomplishment permeated the air. Older HIV advocates remembered the earliest days of the HIV epidemic and the devastating impact on families, communities, and lives. Ricardo, who has volunteered, advocated, and raised funds for AFC since 1989, shared stories of entire families being devastated by HIV and AIDS, from fathers and mothers to sons and daughters.

Sarah, a nurse practitioner who has been involved with HIV treatment for many years, echoed Ricardo’s experience. Her first patient as a young nurse was a woman, dying from an AIDS-related illness. She vividly remembers fellow medical personnel refusing to care for her in her last days. “All I could think is, ‘what is wrong with you?’” Sarah recounted, as she told her story and how she cared for the woman until her last breath. As a human, and as a medical professional, Sarah had taken a moral stance to care for those in need and felt a drive to advocate for those lost and those still living with HIV.

Yet Sarah also has been able to celebrate the advancement of care, which she has witnessed firsthand throughout her career. “When I started, HIV was a death sentence,” Sarah remembers. Now, thanks to medical advances, more awareness, prevention technologies and education, people can live long, healthy lives with HIV. “It is a joy to see,” she concluded.

As the day progressed, community advocates continued to remember the people that had come before, the lives that were lost, the victories that were won and the stigma that was lessened. Yet despite the progress, there is still much to be done. Services for those living with and vulnerable to HIV are lacking in some parts of the state, and stigma and racism still permeate HIV care in many places. Poverty, racism, sexism, homophobia, lack of education and access and other social troubles continue to pose challenges to those living with and vulnerable to HIV.

“In spite of our differences, we need to strive and fight together,” one HIV advocate noted later in the day. Another recounted the need for continued action in the face of a changing landscape and indifferent politicians. “We’re gonna stand up and fight, fight, fight!” one woman exclaimed. 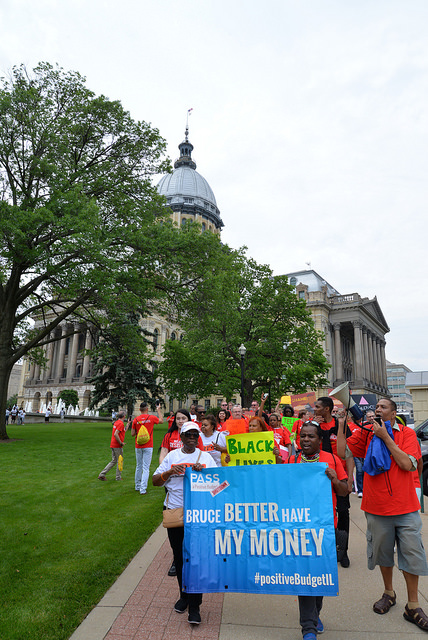 As the conversation progressed, many noted the importance of youth leadership and voices to lead the continued fight against stigma, lack of knowledge and indifference. This brings us to Victoria, the youngest community advocate I encountered that day. At just 18, she remembered not learning much about HIV/AIDS in school, nor the devastating impact or the current realities facing those living with and vulnerable to HIV and the changing face of the HIV epidemic. From her own research, she learned about the cruel indifference to suffering in the earliest days of the epidemic, when families abandoned their children and medical staff refused to aid the dying — experiences older HIV advocates like Sarah and Ricardo had seen firsthand.

Thanks to the successes of earlier generations of advocates and medical advances that saved lives, many have packed the HIV epidemic away as a problem that had been solved, and few young people she knew thought of safer sex as much more than protecting from unwanted pregnancy. This lack of urgency and knowledge among younger generations is what Victoria hopes to change through work as a nurse and as a member of the LGBTQ community. In the future, she hopes to advocate for those living with HIV and the social justice issues surrounding it, as well as caring for individuals living with HIV through a medical career.

“It is my passion,” she concluded.

Besides their diversity, passion is what united community advocates from across the state. A passion for sharing their stories and the stories of others; a passion for dignity and justice; a passion for those living with and vulnerable to HIV. These united HIV advocates will continue the sustained march towards progress and to ensure continued access to resources and HIV/AIDS funding in the state. It is this passion has led to the advances of where we are today, inspired community advocates of the past and will continue to fuel the advocacy needed for the fight in the future.