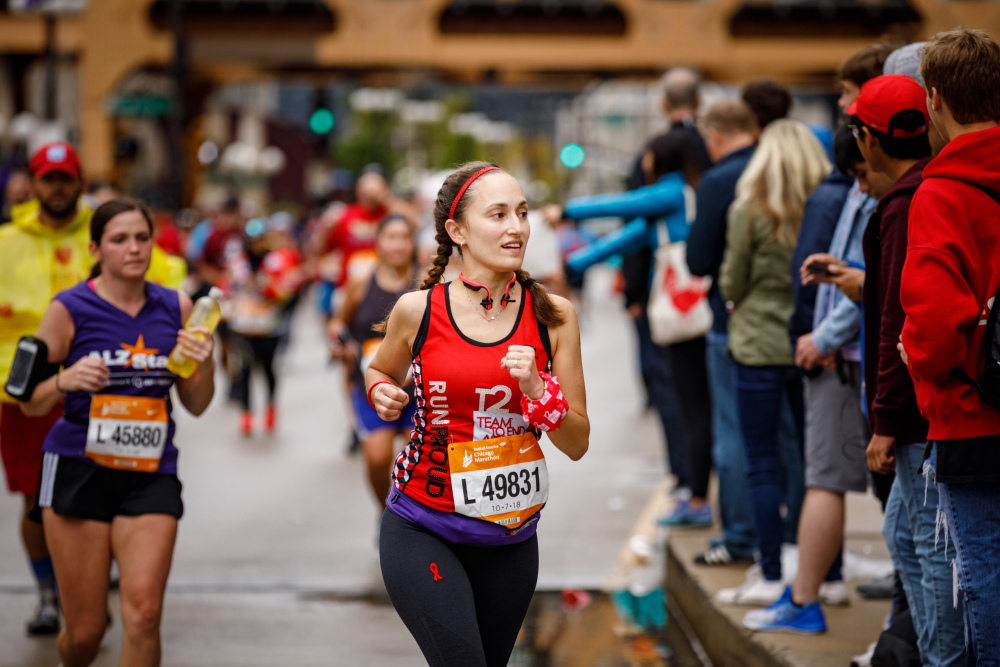 When I tell my friends and family that I’m fundraising for the AIDS Foundation of Chicago through TEAM TO END AIDS (T2), I tend to get some follow-up questions: Why am I SOOOO into raising money for HIV and AIDS services? Why am I signed up for a second marathon with T2? Why have I had the Until There’s a Cure bracelet since 1996?* Why did I join the Ribbon Project AIDS Awareness club in college when I wasn’t putting it on my resume to get into medical school?

Read on for some answers!

I remember growing up in the eighties, and my parents would watch the news in the morning and night. I would block out the boring stuff, but I got sucked in by the human-interest stories. The one that stuck with me most was the story about Ryan White.

I remember his story was all over the news. This kid had an illness and they would not let him go to school. People protested about it and said awful things about him … about a KID. I asked my parents about it. I watched every news story about Ryan White that I could. I tried to make sense of why people would be SO MEAN to a kid who was struggling with something that he could not change.

I wanted to be his friend. I wanted him to know that not everyone was scared of him. Based on my understanding about how the virus is transmitted, he was not a threat to anyone around him, and I simply couldn’t understand why people would be so incredibly awful.

This story stuck with me. I read Ryan White’s autobiography and joined his “fan club.” I wore my Until There’s a Cure bracelet with the idea that if people could not get rid of their virus I wouldn’t take off my bracelet until the virus was no longer being transmitted. I participated in awareness campaigns, attended a training at Camp Heartland, and joined the AIDS Awareness club at college. (This is actually where I met my husband!)

Fast forward to 2018: Two of my friends got into the Bank of America Chicago Marathon. I didn’t (it’s a lottery system, so not everyone who wants to run the Chicago marathon gets to do so). I decided to go the charity route, but I had to find one I could wholeheartedly stand (run?) behind. I saw T2 — the TEAM TO END AIDS — and I was in. I felt a bit guilty that I had used a charity to get my race bib, but I quickly realized this was the team I was destined to be on: a great cause, great people, and an experience I will treasure forever. And then repeat again this October.

Recently, I was looking for a book in my collection and I stumbled upon the copy of Ryan White’s autobiography that I read as a kid. I showed it to my daughter, and she was also taken by his story. She’s just at the beginning, but I’m very curious what she takes out of the story and how it shapes her own thinking.

The story of Ryan White and the senseless prejudice he endured shaped the person I am today. We are all human beings who deserve love and acceptance and the ability to live life to the fullest and not be affected by the fear and prejudice of others.

I’m running the Bank of America Chicago Marathon on Sunday, Oct. 13, 2019 with my T2 family in honor of those who are living with HIV and AIDS and in memory for those who have left us too soon.