From the darkness of loss, new love emerges

Chicagoan Lindsay Mitchell recounts her connection to the HIV cause and to AIDS Run & Walk Chicago, which she has participated in for more than a decade. Mitchell also celebrates that which she has gained as a result of her volunteer work at Bonaventure House: a life-long love. 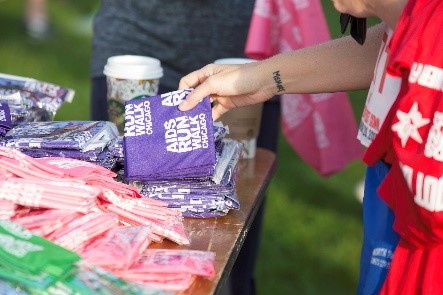 I run in the AIDS Run & Walk Chicago every year in memory of my father-in-law, who died of AIDS-related complications in 2001. The tattoo on my wrist, the one that says “memory,” is my reminder to make memories every day, to remember the little gems, especially when things are challenging and sad.

I started volunteering at Bonaventure House, a residence for people living with HIV and AIDS, in 1997. It was there that I met Joe (and so many other wonderful people). Soon after I started there, I became so close to Joe and his son, Christopher, that I resigned as a volunteer and became an honorary member of their family. Christopher and I took care of Joe for the last four years of his life. It was a wonderful, sad, hard, amazing time. I was a junior in college, a kid from Nebraska who had never been through anything this intense, but I wouldn’t have traded that time with Joe for the world. He was an incredible man — an avid reader, a lover of social justice, a comedian, a man of faith and family.

Christopher and I were at his bedside when he died on June 6, 2001. It feels like a million years ago and just yesterday, all at the same time. We had a memorial service at Diversey Harbor, one of his favorite places, with friends and family, and scattered his ashes in the National AIDS Memorial Grove in San Francisco five years later. We had his name engraved in The Circle of Friends in The Grove in 2011 on the 10-year anniversary of his death. That same year, Christopher and I got married, and we cherish the fact that our relationship, something so beautiful and good, came out of the darkness that was his father living with and dying of AIDS-related complications. Joe was with us that day, and has been with us every day since he left us in 2001.

Every year when I arrive at AIDS Run & Walk Chicago to run in Team Loverix and see the panels of the Names Project AIDS Memorial Quilt, I am immediately overcome with emotion. I cry tears of sadness and joy for Joe (and so many others). I sit alone at the quilt and remember. 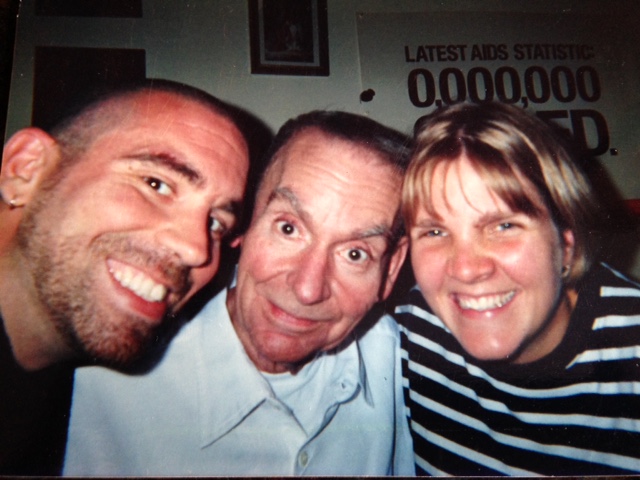