HIV and mass incarceration: How Black lives are impacted

by Raven Feagins and Cotrell Loftin

The Black Lives Matter Series: Race, Politics and Restorative Justice Conference on Oct. 6 explored the relationship between mass incarceration, racial equity and social justice in the criminal justice system. Raven Feagins and Cotrell Loftin attended this conference to investigate the challenges and opportunities of transitioning from incarceration to the community, people living with HIV while in jail and prisons, integration with mental health services and the impact of detention on young people. 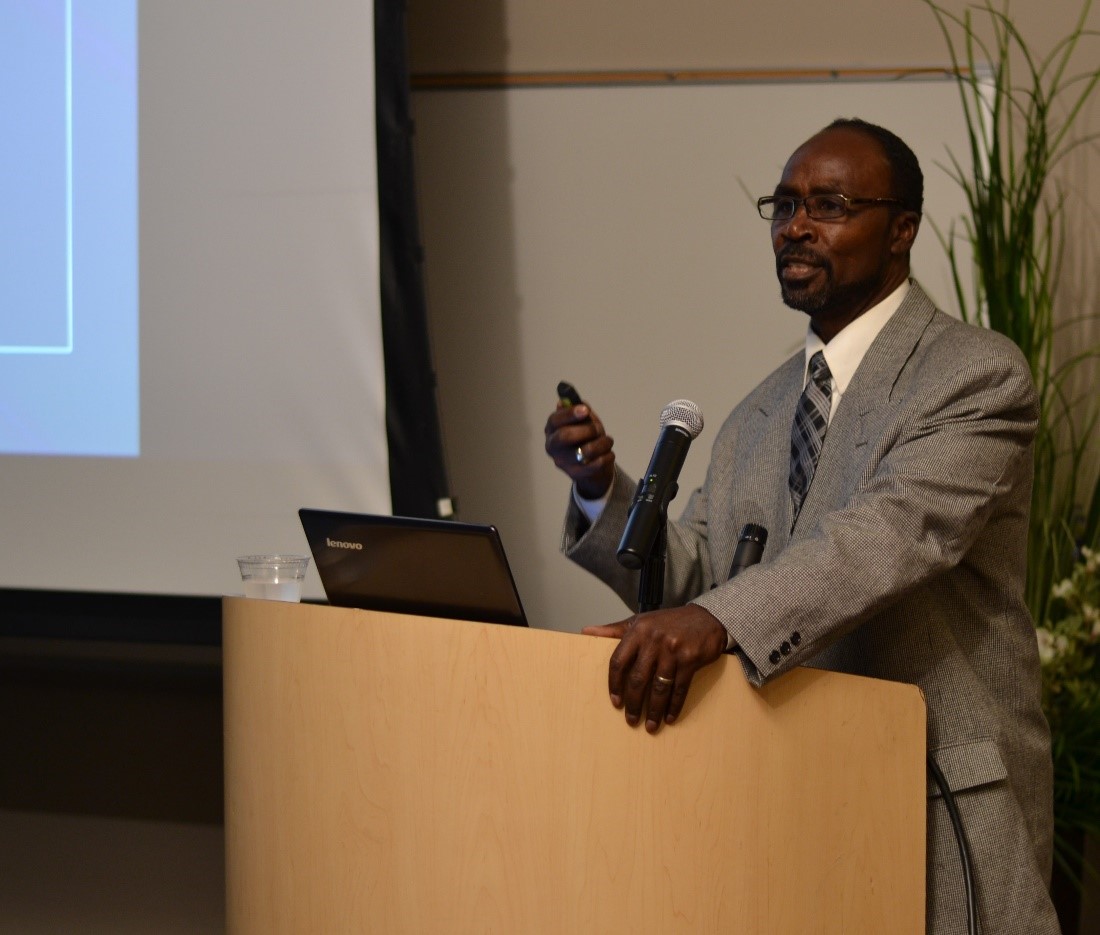 Raven: This event was such an eye-opening experience for me! Although in the past I engaged in conversations that focus on the impact of HIV/AIDS and health inequity among Black Americans, I have yet to look into how this translates to the criminal justice system. Each presenter provided an in-depth analysis of issues that people face within this system and how that intersects with HIV/AIDS and race. I am still mulling over everything that was said.

Cotrell: Whether or not a person in prison was found guilty based on evidence or false accusation, it is important to remember the rehabilitative purpose of imprisonment. It is even more important for people living with HIV who are doubly stigmatized after conviction. What did you think of the findings of how mass incarceration impacts people living with HIV and AIDS presented by Elissa Johnson, JD?

R: Dr. Johnson's findings were disheartening because of the hugely disproportionate statistics she brought up when it came to Black Americans who are incarcerated and Black Americans who are living with HIV and AIDS. While approximately 12% of the American population are Black, over 36% of people who are incarcerated are Black and over 40% of people who are living with HIV in the U.S. are Black. The saying "numbers don't lie" is applicable here because it clearly shows significant inequities with the current systems in place that allow for this huge disparity. The correlation between high rates of HIV among Black populations in the US can be partially attributed to mass incarceration due to the high number of Black Americans who are imprisoned and the lack of access to prevention programs and treatment in these spaces. All of these things and more made Dr. Johnson's presentation resonate, and started the conference off with a strong foundation of evidence for other presenters to build from.

C: All people are entitled to basic human rights, including adequate access to and quality of health care, housing and career services. The presenters did an excellent job of not only raising awareness of the inequity and inadequacy of these necessities, they also brought up solutions.

R: Yes! It was great to learn about current projects that exist to combat these injustices. The lack of access to some of the most basic things that we often take for granted really hits home when brought into perspective. I recall one of the presenters spoke on solitary confinement and how some prisoners may end up spending years at a time in these cells. The presenter mentioned that these cells are comparable to the size of a parking space with a small window (if they're lucky).  The visual alone made me uncomfortable, but these are the realities that many people face. What did you think about the moments when presenters spoke about the alternatives and improvements to the current criminal justice system?

C: Restorative justice is sorely lacking in our criminal justice system and it's refreshing to see people advocate for it, especially on behalf of people whose lack of accessibility to these resources may have driven them to crime in the first place. That's why it was so inspiring to hear Benneth Lee tell his story...

R: Benneth Lee's story was so moving. I loved that he allowed himself to be vulnerable with the audience and speak about his personal experiences as someone who was formerly incarcerated and subjected to many of the injustices that were brought up by previous presenters. I think it was a smart move to save his presentation for the end because it provided him with the base to give a personal account.

C: I loved that there was a resource room available for people to learn more about programs helping people transition to life after prison. Also, while Chicago House was able to present before the conference audience, it’s too bad that they were placed at the end when most of the crowd left for the day.

R: I know what you mean. It seemed like people filtered in and out of the resource room throughout the day, but the attention was given more towards the speakers. However, those who did stay until the end were treated to witnessing how representatives from different organizations connected! For instance, after Chicago House presented, they were asked if they provided services to help people obtain an ID. Although they regretfully said that their Employment Program did not offer the service, someone from Men & Women Prison Ministries informed the audience that Identification Restoration is something they offer regularly. In that space, case workers were able to make long-lasting connections that would allow them to provide clients with services they need through referrals to other Chicago-based organizations. This conference taught me a lot about the current state of the criminal justice system in America and ways that it has let us down. However, it was inspiring to see so many people in one place dedicated to recognizing these problems and engage in informative and thought-provoking conversations in order to enlist a call to action.

Categorized under Case management and Inside Story.

By Kennedy Brookins When I agreed to write a post about Dr. Mildred Williamson, who most recently...
Read more...