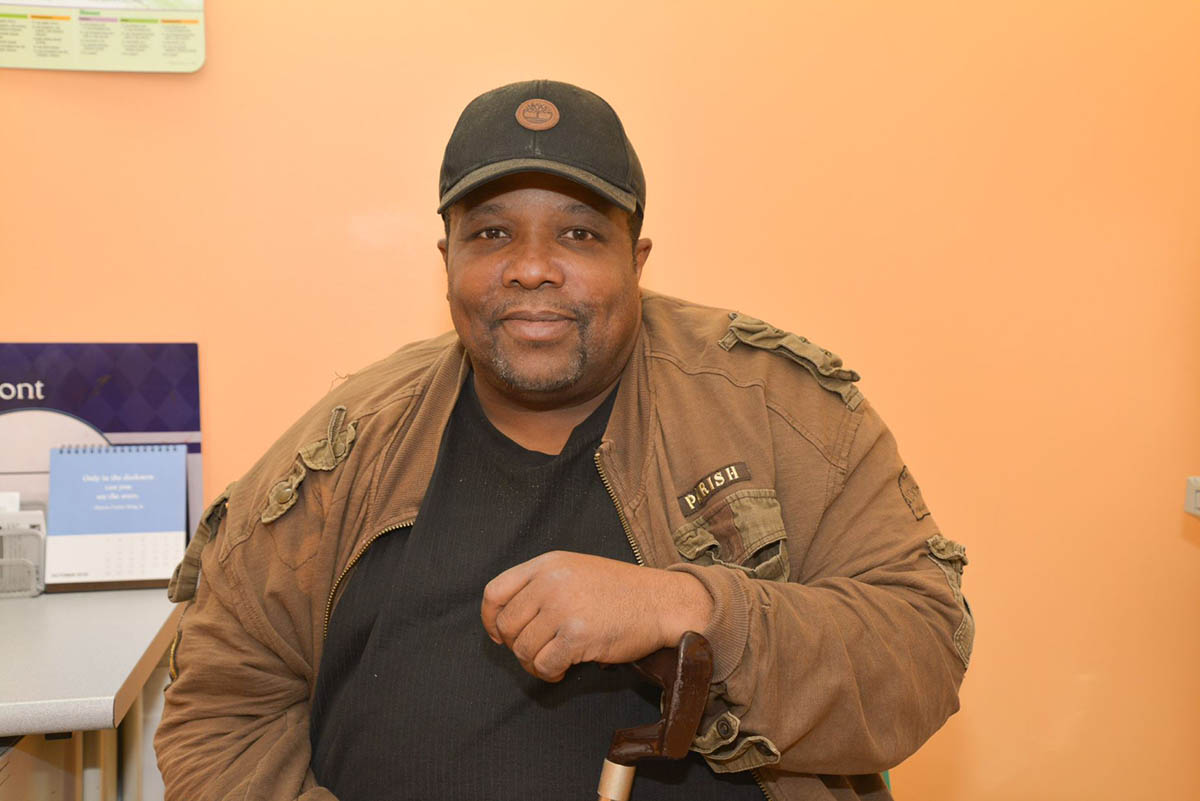 Darrow Alexander is a Chicago native originally from the Englewood neighborhood. He thrives on connecting with others, especially if it’s through food, and he loves giving back to his community. However, before he settled into his cozy apartment in Uptown almost six years ago, Darrow whole-heartedly believed that he would forever be alone.

“I was struggling with homelessness all my life – on and off,” said Darrow. “It was depressing. It actually caused me to get more addicted to drugs because I didn’t feel like anyone cared. I didn’t think nobody loved me. I thought I was alone. I thought I was out there by myself.”

Darrow did not know it at the time, but he was experiencing episodes of depression and anxiety. He coped with his symptoms by self-medicating with recreational substances, but the worst part was that he convinced himself that he was meant to spend the rest of his life like this. Darrow bounced between staying at shelters and with friends for years with no end in sight and no leads to a path to stability. Although he knew he wanted a place of his own and wanted to get healthy, Darrow did not know how or where to start. It was not until he was sitting in an ER hospital bed in 2012 that he finally caught a glimmer of hope.

“I was in a hospital and a guy, a social worker, came by and saw me reading my Bible,” Darrow recalled. “He asked me was I homeless basically, and I said yes. He said he could get me a place and to give him a call. It ended up being Mercy Housing. I was on the waiting list and eventually he called me and I got here.”

At first, Darrow was a little wary about the program he was signing up for, but he decided to take a chance at the opportunity. He still remembers what it was like the first day he set foot in his new home.

“I took a picture of the key and I laid down. It was so dusty everywhere, I’m not even going to lie about it, but I didn’t care,” Darrow recalled. “I mean … mine – this is mine. I never thought I’d have my own – I didn’t. I thought I was going to be homeless the rest of my life, but this was wonderful. My heart just went BOOM!”

In addition to the new apartment he signed a lease for, Darrow was provided a case manager who helped him connect to supportive services and resources to help keep him stably housed. His current case manager is Kate Farrar, housing intensive case manager at the AIDS Foundation of Chicago (AFC), who has been working with Darrow for the past year and a half.

“Something that we talk a lot about at AFC is housing is health care. If you have a bunch of doctor’s appointments, it’s really hard to get to them if you don’t know where you’re staying that night or you have to get in line for a shelter or you are worried about where you’re getting food from or you don’t know where you can keep your stuff while you go to this appointment,” said Kate. “Basically, housing just provides that base for everything to fall into place. For Darrow, if he has medical appointments, those appointments are going to be easier for him to get to if he is housed stably. Him being housed helps him as a whole.”

Framing housing as part of health care has proven to be successful time and time again, especially when used with the housing first model. This model links people, like Darrow, 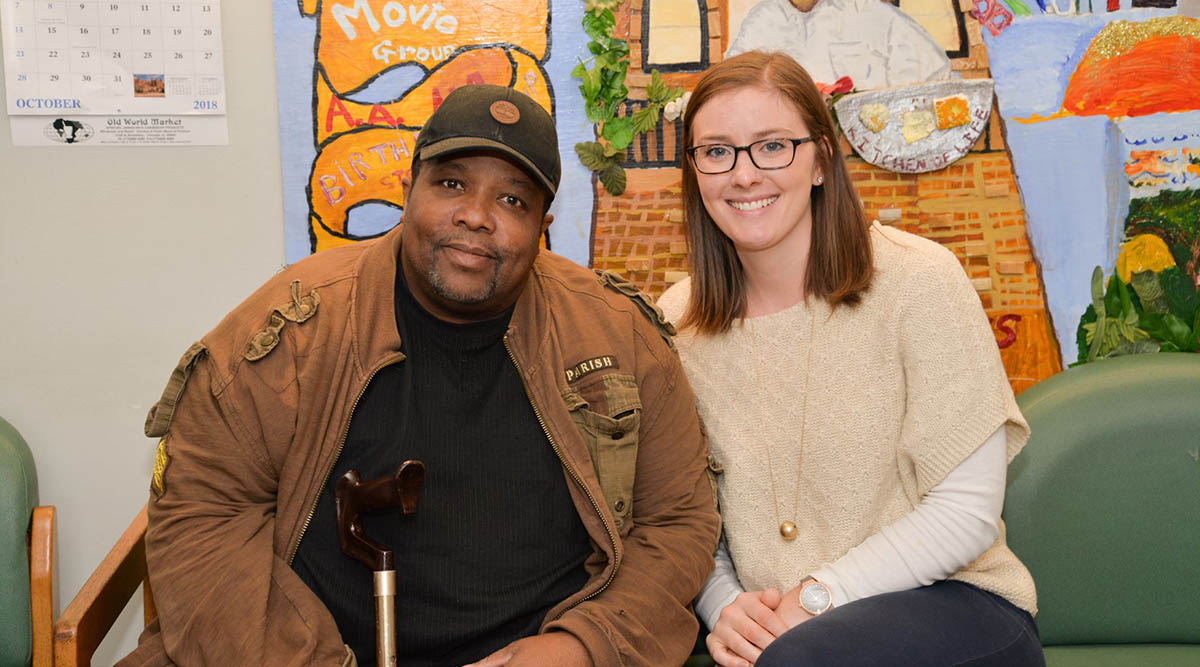 who were experiencing chronic homelessness to housing as quickly as possible to fully address other health and social needs without housing as a barrier. Stable housing is especially important for people with chronic health conditions, such as anxiety, depression or HIV, that typically require individuals to take daily medications and keep regular doctor appointments to stay healthy.

“I think I probably would have died out there,” said Darrow when thinking about where he would be if he never met that social worker at the hospital. “Like [Kate] said, if you don’t have no foundation, then you don’t have nothing to start with. I’m telling you, I would have been dead, so I’m glad I do have a foundation.”

Now, Darrow is still housed through Mercy Housing and is able to focus on working towards his goals with help from Kate. Instead of being consumed by thoughts of figuring out how to get through to the next day, Darrow is working on ways to rebuild his connections to his communities. He is particularly excited about the fact that he has reconnected with his sister again and has been able to visit her from time to time. Additionally, Darrow has worked with Kate to start a game club in his building to bring residents together to play chess, checkers and other board games while providing an opportunity to socialize with neighbors.

“Some people in the building don’t have nobody. I think that we should be here for other people,” said Darrow. “I see now that Kate’s really behind me on this and she really wants to help out … She’s more than a case manager, she’s a friend to me and I appreciate that. Here, I’m learning to do the responsible things, you know, and supportive services have helped me.”

Categorized under Case management, Chicago, Housing, Inside Story and Tribute.